Russia's intentions to install nuclear power plants in Argentina took a new step Monday as the Rosatom agency invited Argentine officials over to visit its floating plant in Siberia. 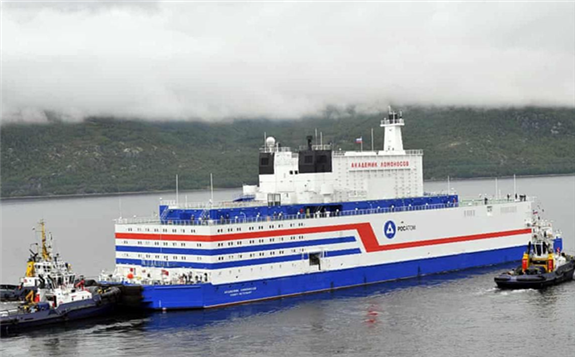 Rosatom's deputy director Kirill Komarov sent a letter to José Luis Antúnez, CEO of Nucleoeléctrica Argentina, the state-run agency in charge of the local Atucha I, II and Embalse plants, to see the floating nuclear power plant off the port of Pevek, on the Arctic shores.

It is yet to be known whether Antúnez will accept the invitation and if he does when he will be in fact travelling, although Russian sources insisted they hoped it would happen in the coming months.

Argentina and Russia have signed different macro agreements in this sense dating back to 2008, which the Vladimir Putin government has resurfaced during negotiations for the purchase and subsequent local production of the Sputnik V coronavirus vaccine.

Earlier this year, Russia's Ambassador Dmitry Feoktistov explained his country had proposed Economy Minister Martín Guzmán to advance in the construction of two nuclear power plants, one on continental Argentina and one offshore, of which there is only one in the entire world – the one Antúnez was invited to visit.

The “Akadémik Lomonósov” has two KLT-40S reactors of 35 megawatts each, with a capacity to supply electricity and energy to a population of almost 100,000 inhabitants. According to the join-project, Argentina would supply the sea structure while Russia would be in charge of the nuclear reactors.

Uruguayan authorities have already expressed their concern about such a development and requested a report about the possible construction of the nuclear power plant.

Antúnez is well known to Rosatom for their mutual involvement in the development of Atucha II between 2005 and 2015. He was also quite instrumental in the promotion of an energy relationship with China, which seeks to expand nuclear borders and whose main objectives include resuming the construction of the low-power CAREM Reactor and relaunching the construction of a heavy water plant in Neuquén.