CS Wind, the world's No. 1 wind turbine tower manufacturer, announced on June 3 that it has acquired a 100 percent stake in a U.S. plant of Danish wind turbine manufacturer Vestas for US$150 million. 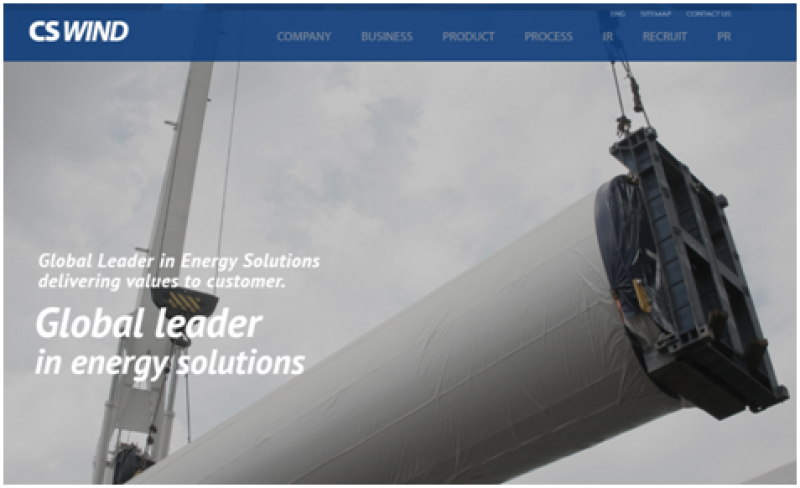 Wind power facilities are largely divided into three parts -- towers, turbines and wings. CS Wind is the world's No. 1 tower manufacturer. Towers are used to install wind turbines at high places. CS Wind has been seeking to take over the Vestas plant to expand its presence in the U.S. market since 2020

CS Wind also signed a contract to supply wind power towers manufactured in the U.S. factory to Vestas from July 2021 to June 2026. The deal is worth 1.5 trillion won. The company is also planning to ramp up sales to Siemens and General Electric (GE). Its biggest corporate customers are Vestas, Siemens, and Nordex-Acciona. These companies account for 70 percent of CS Wind’s sales.

Currently, CS Wind is producing towers at its plant in Malaysia for exports to the United States. U.S. exports amounted to US$155 million in 2020.