17 May 2021  by World Nuclear News
Korea Hydro & Nuclear Power (KHNP) has applied to the Nuclear Safety & Security Commission (NSSC) for approval to dismantle unit 1 of the Kori nuclear power plant near Busan. The unit was permanently shut down in June 2017, becoming the first South Korean reactor to enter decommissioning. 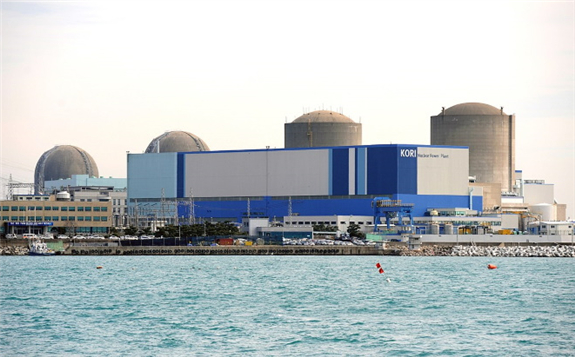 Unit 1 of the Kori plant started commercial operation in 1978. KHNP announced in August 2015 it had withdrawn its application to extend the unit's operating licence and in June 2016 it applied to decommission the reactor. The permanent shutdown of Kori 1 was approved by the NSSC a year later. The 576 MWe pressurised water reactor was permanently shut down on 18 June 2017 and KHNP was required to submit a decommissioning plan for the unit within five years of its closure.

KHNP said that in order to dismantle a nuclear power plant it must be approved by the NSSC in accordance with the Nuclear Safety Act. An application for dismantling approval must be submitted with the final dismantling plan, quality assurance plan for dismantling, and the results of opinion surveys from local residents.

The company today announced its submission of an application to the NSSC to dismantle the unit, together with the required documents.

"We will faithfully work on the decommissioning safety review, as well as make thorough preparations for the safe and economical dismantling of nuclear power plants," said KHNP President Jae-hoon Jung.