Ratepayers will continue to pay an extra fee on their electric bills for an additional three years to keep three Salem County nuclear plants open, after a unanimous vote Tuesday by the state Board of Public Utilities. 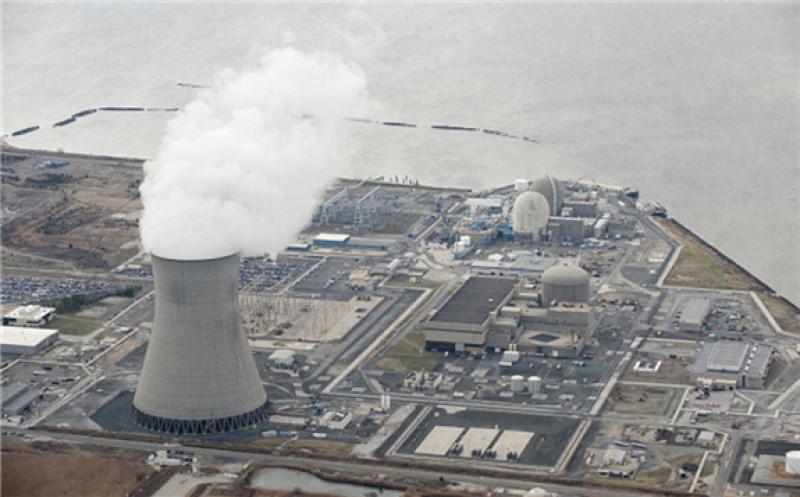 The ‘zero emission certificates’ established under a 2019 law amount to around $300 million a year, which comes to roughly $40 a year for the typical residential customer. The impact is much greater for large industrial users of electricity. They are now in effect through May 2025.

The charge applies to customers of all electric utilities, not just those of PSE&G, which owns the Hope Creek and Salem 1 and 2 nuclear plants, two of them in conjunction with Exelon.

BPU executive director Paul Flanagan said the evaluation team concluded that if the nuclear plants closed, as PSE&G said would result from ending the subsidies, that the loss of a carbon-free source of power that provides 37.5% of electricity generated in the state would hurt the state’s ability to meet its air emissions goals.

“There is financial risk in the continued operation of the units pursuant to the ZEC Act, and an award of less than full authorized ZEC amount may not be sufficient to prevent the closure of the units with the attendant loss of the environment and carbon-free benefits that they possess,” Flanagan said.

BPU Commissioner Mary-Anna Holden said solar and wind still aren’t affordable, viable alternatives. Unlike those energy sources, which need subsidies to get off the ground, nuclear plants are at the other end of their cycle and need subsidies to survive and compete with natural gas from fracking.

“I am all-in on a portfolio of energy choices,” Holden said. “This is simply a comparison and educable moment for those naysayers on zero emission credits who believe that solar and wind are sufficient to meet New Jersey’s needs and the board should just let the nuclear facilities close.”

BPU Commissioner Dianne Solomon said the subsidy requested by PSEG is “significantly less” than what’s provided to other clean-energy generators.

But she worried that the cumulative impact of fees for credits and other clean-energy efforts “plus the looming arrearages many face are bound to have deleterious effects on their ability to provide for themselves, their children, their grandchildren food, shelter and quality of life.”

BPU Commissioner Bob Gordon chafed at the all-or-nothing request by PSE&G to maintain the subsidy at its current level. It could have been lowered as part of the renewal, but there was never discussion of a negotiated compromise, he said.

“Months of analysis by various consultants and the preparation of voluminous reports by numerous parties were a meaningless exercise,” he said. “In the end, it was $10 per megawatt hour or nothing. Personally, I’m very disappointed by the level of intransigence and this exercise of market power.”

BPU Commissioner Upendra Chivukula voted for the subsidy after opposing the first installment of it two years ago, calling it “one of the toughest decisions of my life.”

BPU President Joseph Fiordaliso said “the reality is that we need the nuclear plants” as a source of emissions-free energy production and that if the plants closed, energy from fossil fuels would be the alternative in the short-term.

“I understand many of the comments that have been made. But I understand also inaction, or what inaction would bring,” Fiordaliso said. “We have to take the bold steps. We have to move forward.”