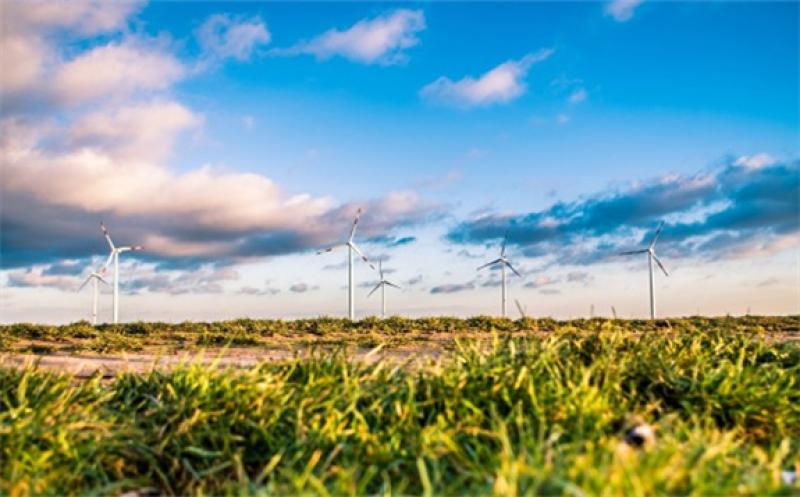 During the virtual conference running under the theme of “Economic Recovery: Toward a Green, Resilient, and Inclusive Future” on April 8, El Aynaoui, highlighted Morocco’s efforts in sustainable development as part of the country’s long-term plan.

“Globally, the world has not taken climate change and energy transition too seriously but this is changing,” said El Aynaoui on the occasion.

For its part, Morocco “has taken this issue very seriously. It has invested a lot in this area and created an appropriate incentive framework for investments to be made within a greener framework, especially in solar and wind energy,” he continued.

El Aynaoui highlighted Morocco’s path towards achieving a green economy, noting the country’s abundance of “winds and light intensity” for the production of sustainable energy. He also indicated Morocco’s readiness to invest in mass infrastructure for solar and wind energy.

When considering investment and infrastructure, the time has come for organizations and businesses to start taking into account the ecological dimension, believes El Aynaoui. There is also a need to consider the carbon footprint as part of any budgetary expenditure, citing carbon tax as both, a potential source of revenue, as well as part of a broader environmental strategy.

In addition to the Spring Meetings, the World Bank Group also holds Annual Meetings. The 2021 Annual Meetings, which were postponed to 2022 due to COVID-19, will be held in Marrakech. This will mark the first time the meetings are held in Africa since 1973 when they were organized in Kenya. Morocco’s selection to host the event reflects on the country’s growing role as a global leader in climate change and other urgent issues.

The latest public figure to applaud Morocco’s efforts in climate change was the US Special Presidential Envoy for Climate John Kerry, who described Morocco as a “tremendous partner in the global fight on climate change.”

Despite Kerry’s public support for the North African country’s efforts, the White House decided to not extend an invitation to Morocco to attend the virtual climate summit the US will host from April 22-23.

One of Morocco’s notable achievements in the field of renewable energy has been the Noor Solar Complex, the largest concentrated solar farm in the world. The solar complex supplies nearly two million Moroccans with electricity.

Hanane Mourchid, Senior Vice-President of the Sustainability Platform at the OCP Group believes that such initiatives, both regional and continental, could see Africa present itself as a potential solution to Europe’s decarbonization problem.

The Annual and Spring Meetings, organized annually by the International Monetary Fund and the World Bank Group, bring together central bankers, various ministers, members of the civil society as well as academics, to discuss a diverse range of global concerns, from environmental sustainability to financial stability and poverty eradication.

The 2021 Spring Meetings are taking place virtually from Monday, April 5, through Sunday, April 11.