Saudi Arabia will be home to a zero-carbon city, known as The Line, said the crown prince on Sunday; the city will extend over 105 miles, be able to house a million residents, and will be powered by 100% clean energy. Construction will start in the first quarter of 2021. 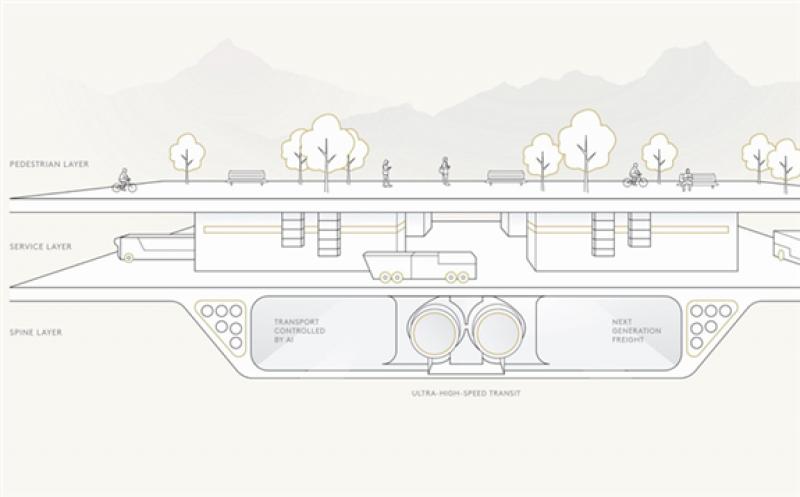 The city’s infrastructure will cost between $100 billion and $200 billion.

The Line is the first city planned for Neom, a business zone based in Saudi Arabia that was first announced in 2017 and aims to “diversify the country’s dependency on oil,” writes Interesting Engineering.

Neom’s website says the $500 billion business zone will include “towns and cities, ports and enterprise zones, research centers, sports and entertainment venues, and tourist destinations. It will be the home and workplace for more than a million citizens from around the world.”

The Line will preserve 95% of nature within Neom and will have “zero cars, zero streets and zero carbon emissions,” said the prince. “…[W]e need to transform the concept of a conventional city into that of a futuristic one.”

Major urban development will be designed “around people, not roads. Walkability will define life on The Line – all essential daily services, such as schools, medical clinics, leisure facilities, as well as green spaces, will be within a five-minute walk.” The zero-carbon city will include “ultra-high-speed transit and autonomous mobility solutions,” and planners expect no journey will be longer than 20 minutes.

This article is reproduced at www.environmentalleader.com