Proton Demonstration Site to Produce 1,000 tonnes of Hydrogen per day

Proton Technologies has starting separating hydrogen again and is continuing its mission to make clean hydrogen at a production cost below $0.30 per kg. 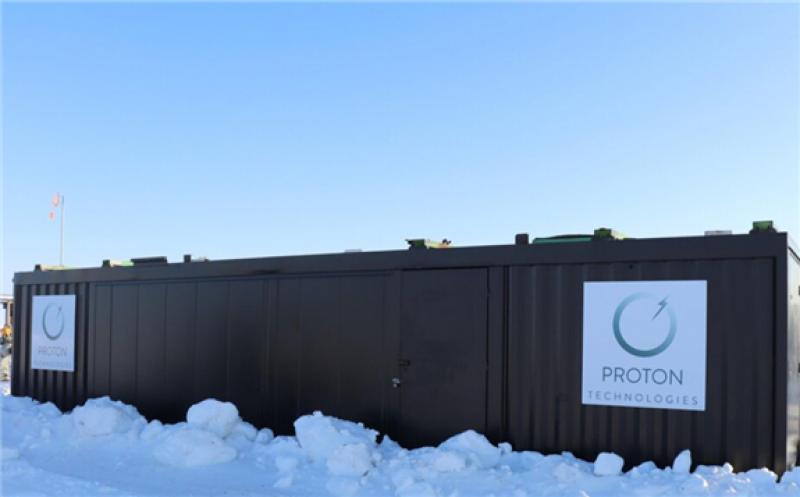 The Canadian company today (11th March) confirmed the effort, stating it has commenced operations at its new air separation unit that will be used for a multi-year hydrogen filter longevity and integration testing.

At the demonstration site, production is expected to reach 1,000 tonnes hydrogen per day after construction of a large air separation unit. Liquid oxygen is also scheduled to be trucked in for injection at modest scale.

Commenting on the effort, Grant Strem, Chair and CEO of Proton Technologies, said, “Proton Canada aspires to supply 10% of humanity’s total energy by 2040.”

“This will require huge investment for construction of many large air separation units and about one tenth of western Canada’s vast oil resource, most of which is uneconomic for oil production”

The Proton process was the result of Strem and his friend, former professor Dr. Ian Gates, recognising the high hydrogen percentage in oil and gas fields.

Oil fields contain hydrocarbons (oil and gas) and water, meaning there is a lot of hydrogen contained conveniently underground in an energy-rich system.

The traditional way to think of oil fields is to simply pump them until they reached an economic production limit, then abandon them, but this leaves a large amount of oil behind.

Proton now goes to these abandoned or late-life oil fields, inject oxygen, thereby oxidising the abundant remaining hydrocarbons. This energy causes steam reforming reactions, allowing the hydrogen to be harvested from the saline water that is already within the oil field.

This is done with a downhole hydrogen filter that only allows pure hydrogen to come to the surface, leaving everything else in the ground where it started. In this way, Proton leverages existing wells, roads, pipelines, powerlines, and people, moving them to a clean energy path.