Among the flurry of executive orders and proclamations signed during his final weeks in office, President Trump issued two directives that have received little fanfare—about space. One directive concerns enhancing the cybersecurity of GPS satellites. The other is perhaps more exciting: It focuses on exploring Mars and the moon. 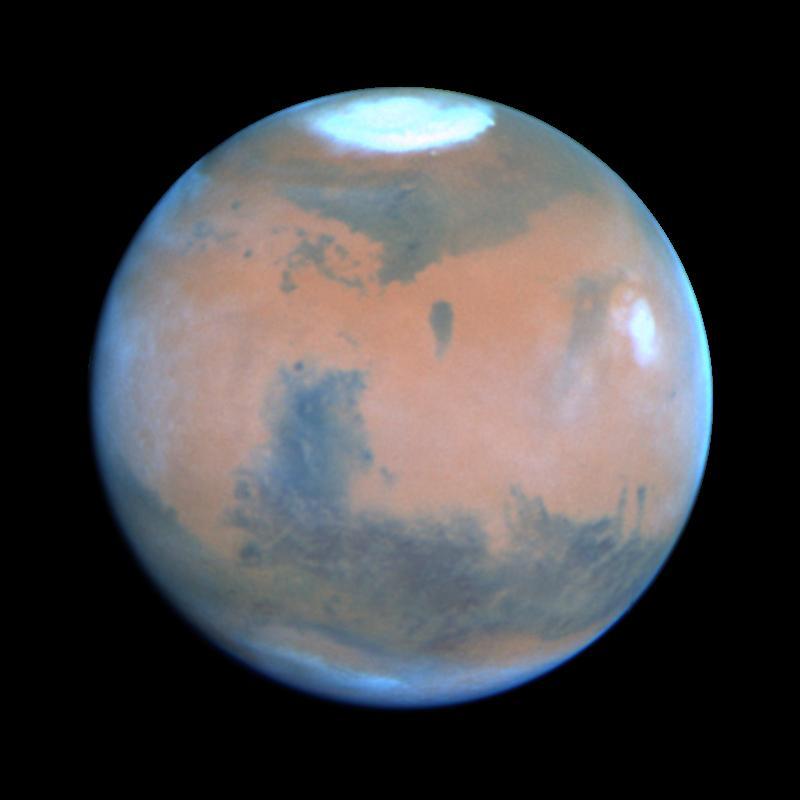 Since the late 1960s, the United States has leveraged nuclear energy technology to help power spacecraft. Recent examples include the ongoing New Horizons mission, the Cassini mission to Saturn and the Voyager 1 mission to reach interstellar space for the first time in history. These missions used radioisotope power systems—nuclear energy technology that converts heat into energy by harnessing the natural radioactive decay of plutonium-238.

On Dec. 16, 2020, Trump established a national strategy for enhancing space nuclear power. Space Policy Directive-6 prioritizes developing more advanced radioisotope power systems capabilities and nuclear propulsion systems to support robotic and human exploration of Mars and the moon. Stretching across the solar system from Mercury to Neptune, the United States was the first state to reach every planet with a space probe and complete a reconnaissance study of the dwarf planet Pluto. Now, the United States is poised to become the first state to launch a space nuclear propulsion system under Space Policy Directive-6. According to the Trump White House’s directive, although “no space nuclear propulsion systems have been launched to-date,” these systems are necessary for space exploration because they will shorten travel time to Mars. But while the directive’s goal of space exploration is admirable, it gives too little attention to crucial safety considerations.

Space nuclear propulsion systems can help shorten travel times, which helps protect crewed and robotic spacecraft from prolonged exposure to harsh radiation in space. In turn, developing advanced radioisotope power system capabilities will also provide spacecraft with a greater source of energy for deep-space missions, and as NASA explains, “better fuel efficiency versus solar energy in darker and colder locations.” Overall, NASA supports the directive and reasons that radioisotope power systems “offer the key advantage of operating continuously over long-duration space missions, largely independent of changes in sunlight, temperature, charged particle radiation, or surface conditions[.]” This is desirable because it enables human exploration of Mars and the moon, as well as “extending robotic exploration of the solar system.”

The directive has three main goals. First, it calls for developing new uranium fuel-processing capabilities by the mid-2020s to “enable production of fuel that is suitable for lunar and planetary surface and in-space power,” including nuclear electric propulsion and nuclear thermal propulsion functions. On that point, the directive reinforces the centrality of the 2019 National Security Presidential Memorandum-20, which discusses the process for launching spacecraft containing space nuclear systems, as well as Executive Order 13803 to revive the National Space Council.

Under this new policy, the United States could become the first state to launch a space nuclear propulsion system. As written, however, Space Policy Directive-6 provides greater guidance on leveraging advanced nuclear power systems to explore Mars than it does on promulgating security principles for criticality accident planning and launch safety.

Criticality assessment—that is, evaluating each system function for potential points of failure and evaluating how to minimize loss of life or damage to the system in the event of an accident —is essential for many reasons. For example, it could help quickly determine a course of action if a nuclear-powered satellite were to malfunction and accidentally reenter the Earth’s atmosphere, contaminating Earth surfaces with radiation. But despite these concerns about accidental reentry from Earth orbit or during an Earth flyby, the directive is surprisingly silent on criticality assessment standards; instead, it briefly mentions that a “highly reliable operational system” is needed for spacecraft operating fission reactors in low-Earth orbits. Likewise, although the directive states that any sponsoring agency of space nuclear power and propulsion programs will hold the “primary responsibility for safety,” it fails to define the baseline safety standards for the operation and disposition of these advanced systems.

To be clear, developing space nuclear propulsion systems is both an admirable goal and an opportunity to signal the United States’s strategic resolve and intentions in space. The art of signaling in international relations, as explained by Ben Buchanan in The Hacker in the State, “is to hint credibly at the cards one holds, in an attempt to influence how the other side will play its hand.” For developing space doctrine, failing to articulate U.S. “principles of safety, security, and sustainability” with granularity is a missed opportunity in international relations to shape the behavior of other spacefaring nations, as well as aspiring spacefaring nations. Both groups look to the United States as a model to follow—so if the U.S. cuts any safety corners for the operation and disposition of these advanced systems, other states may view that approach as something to emulate. As noted in the Department of Defense’s 2020 Defense Space Strategy, communicating with allies and other partners is necessary for ensuring space stability.

It remains to be seen whether the Biden administration will embrace the directive’s goal for the United States to become the first state to launch a space nuclear propulsion system.

The New York Times reports that the Biden administration “has yet to indicate what it plans to do with President Donald J. Trump’s legacy in this area” of space initiatives, most notably the creation of the United States Space Force and the reinstatement of the United States Space Command. At the time of this writing, the Biden administration has not addressed the issue of space nuclear power. According to Breaking Defense, space policy “isn’t expected to have a high profile in the administration of incoming President Joe Biden, given the pandemic, the flailing economy, the climate crisis and a number of foreign policy challenges[.]” Even so, Lloyd J. Austin III testified, at his confirmation hearing to serve as secretary of defense, that “[i]f confirmed, I will ensure the space domain is carefully considered across the range of upcoming strategic reviews.”

Despite the uncertainty about the Biden administration’s posture on space exploration, as a recommended first step the administration should encourage collaboration between the U.S. government and the commercial space sector to advance the nation’s strategic capabilities and signal what it means to be a good steward of space. To advance America’s strategic leadership in space, the new administration should ensure that these laudable space goals are pursued in equal measure with safely harnessing advanced nuclear power systems.

This article is reproduced at www.lawfareblog.com