Tests that simulate the temperatures and pressures which the reactor systems will be subjected to during normal operation have started at the demonstration high-temperature gas-cooled reactor plant (HTR-PM) at Shidaowan, in China's Shandong province. The twin-unit HTR-PM is scheduled to start operations later this year. 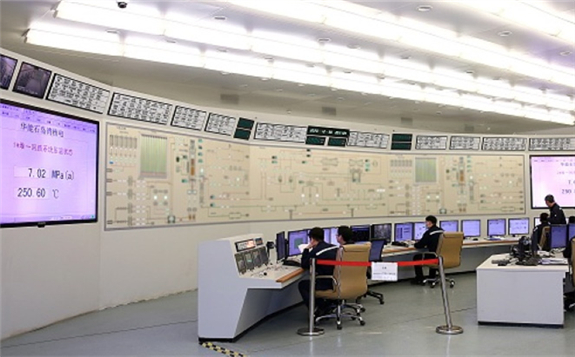 Cold functional tests - which aim to verify the reactor's primary loop system and equipment as well as the strength and tightness of its auxiliary pipelines under pressure higher than the design pressure - were completed at the two reactors on 19 October and 3 November, respectively. Cold functional tests at other types of reactors use water, while those at the HTR-PM reactor used compressed air and a small amount of helium as the test medium.

Hot functional tests involve increasing the temperature of the reactor coolant system and carrying out comprehensive tests to ensure that coolant circuits and safety systems are operating as they should. Carried out before the loading of nuclear fuel, such testing simulates the thermal working conditions of the power plant and verifies that nuclear island and conventional equipment and systems meet design requirements.

Hot tests at the HTR-PM are expected to take about two months to complete and are divided into three stages: vacuum dehumidification; heating and dehumidification; and hot functional testing. The main items of the hot functional test include the thermal performance testing of: the main helium fan; the fuel handling system; the control rod and its driving mechanism; the helium purification system; and, the absorption ball system. The main purpose is to dehumidify the ceramic components and pre-installed graphite balls in the reactor under helium atmosphere. At the same time, in accordance with the actual operating parameters of the plant, the consistency of the various functions and performance indicators of the system with the design regulations was verified.

Construction of the demonstration HTR-PM plant - which features two small reactors that will drive a single 210 MWe turbine - began in December 2012. Helium gas will be used as the primary circuit coolant. China Huaneng is the lead organisation in the consortium to build the demonstration units (with a 47.5% stake), together with CNNC subsidiary China Nuclear Engineering Corporation (CNEC) (32.5%) and Tsinghua University's Institute of Nuclear and New Energy Technology (20%), which is the research and development leader. Chinergy, a joint venture of Tsinghua and CNEC, is the main contractor for the nuclear island.