08 May 2019
Volkswagen seems serious about bringing lower priced electric vehicles to market and it appears to have selected its SEAT subsidiary to lead the way forward in that endeavor. Previously, the company indicated its new MEB electric vehicle platform would form the basis of a range of cars from a Golf sized hatchback to the Microbus-inspired Buzz and the SUV style Crozz. 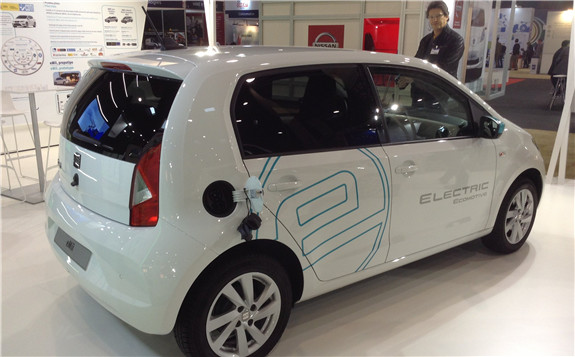 During a recent conference about the company’s plans for the future of electrification, VW Group chairman Herbert Diess told Auto Express his company plans to leverage the MEB platform to make electric cars that are smaller and cheaper than the Golf. “It’s a smaller size,” he said. “It’s sub-Golf size. It’s being worked on now. We should expect it around 2023.” SEAT had one of its better years ever in 2018. Sales were up nearly 5% and profits rose 10%.

SEAT’s CEO Luca De Meo has confirmed to AutoExpress that 300 engineers have been assigned to the project in Barcelona, and that SEAT will be one of the brands to use the smaller, cheaper MEB architecture. “SEAT will develop, in collaboration with the VW brand in Wolfsburg, a new electric vehicle of around four meters (the Golf is about 4.4 meters long), based on a platform that is leveraging the MEB platform technology here in Martorell.

“For the first time in the history of our Centro Technico, we’ll help to develop a platform that may be used by other brands around the globe. We are working on the idea that sooner rather than later, everybody will be able to drive an electric car for less than €20,000.”

Diess added, “The small electric platform project is a great step towards an even more affordable electric mobility. SEAT will realize the first electric vehicle that is especially designed for urban journeys, available around 2023, for less than 20,000 euros. The total cost of ownership of this vehicle will be lower than that of comparable combustion engined vehicle, because of savings on fuel and maintenance. It will be the most environmentally friendly and economic way to move in urban areas.”

“SEAT has been struggling for a long time. It is nice to see it succeed after all these years. VAG creating a smaller platform is the best news for the future of electric cars. That was missing. All other platforms are centered around the C-segment,” CleanTechnica’s own Maarten Vinkhuyzen noted.

The smaller SEAT will compete with the Peugeot e-208 announced last week. That car has a WLTP range of 211 miles but SEAT may seek to keep the price of its new small electric cars down by limiting battery size and range. The least expensive versions could come with only 120 miles of range, for example.

The first subcompact EV from SEAT — the Electric Mii — could go into production in 2021 but it will probably be 2023 before the company has a full range of electric cars to offer to customers. Frank Welsch, VW Group’s board member for technical development tells AutoExpress that improved battery technology will be the key.

“Every two or three years, we see improvements in battery technology and electrochemistry,” Welsch said. “If we speak about MEB entry, I don’t think it would happen before 2023, and there will be at least some improvements by then.

“It could also be that we go for a different concept, in terms of which chemistry we use. There is lithium-ion like the ID., but also – maybe not in Europe, but in China — we see LFP [lithium-ion phosphate] battery tech. There are different components in there — no nickel, no cobalt and so on, which make it cheaper — but today, the specific energy density of that technology is not competitive,” he says.

SEAT is also planning to add plug-in hybrid powertrains to many of the cars in its lineup, beginning with the next generation Leon which will feature up to 245bhp and emit less than 50 grams per kilometer of CO2 emissions, well below the latest European Union emission standards. EVs with 120 miles of range may be ho-hum news to Americans but could be just the ticket for making zero emissions driving affordable for many Europeans.