29 Dec 2020  by FutureCar
China will lower tariffs on fuel cell-related components imported to the country in 2021, which will spur the development of hydrogen-powered fuel cell vehicles (FCVs), Chinese news outlet Gasgoo reports.

In the new year, the tariffs on the imported fuel cell-related compressors, circulating pump and carbon electrodes will be cut to 5%, 2% and 5% respectively, from the current tariffs of 7%, 7% and 10%, according to a document the Customs Tariff Commission of the State Council issued earlier this month.

The authority said it will lower the tariffs on 883 imported items to better coordinate domestic and overseas market resources and improve the supply quality.

Although fuel cell powered vehicles make up just a small fraction of vehicles on the road right now, the world's automakers including Japan's Toyota and South Korean automaker Hyundai Motor Co are investing heavily in the technology as an alternative to purely electric vehicles.

Both Toyota and Hyundai have plans to launch new fuel cell powered vehicles in China.

Fuel cell technology is also viable for larger Class-8 trucks which are capable of carrying more hydrogen to meet the range and emission requirements of commercial vehicles.

China plans to boost the development of the technological and industrial chains of FCVs, and move faster on developing technical facilities of hydrogen production, storage and application, according to a white paper released by the State Council Information Office earlier this month.

A fuel cell works by combining hydrogen and oxygen to generate electricity through a pair of redox reactions. The primary components of a fuel cell stack include a membrane of electrode assemblies, conductive plates. The electricity produced in the fuel cell is used to charge the battery pack, which in turn powers a fuel cell vehicle's electric motor(s).

In China, the PEMFC design is used in new energy vehicles (NEVs) due to its high power density and power-to-weight ratio. The Chinese government classifies NEVs as electric, plug-in hybrid or fuel cell vehicles. However, fuel cell vehicles make up just a small number of NEVs on the road in China.

The CAAM's data show that FCV production and sales volumes for the first eleven months fell 34.4% and 29.1% year on year to 935 units and 948 units respectively. The decline was attributed to the impact of the coronavirus pandemic this year.

In September, Chinese government said it will offer subsidies to companies developing core fuel cell technology in a bid to boost the country's competitiveness in producing hydrogen-powered vehicles.

The new program replaces existing incentives and is slated to last for four years. The central government will select development proposals submitted by local governments, which will use the subsidies to fund FCV technology developers in their areas.

Local governments will need to prove their joint projects are able to lower the price of hydrogen fuel, increase the number of hydrogen-charging stations, enlarge hydrogen fuel cell vehicle fleets and improve related technologies, according to the document.

China's electric vehicle manufacturers are facing growing competition from foreign rivals, including U.S. automaker Tesla. The Chinese government views FCVs as a strategic next-generation technology on par with electric vehicles. Beijing aims to become a leader in the global development of electric and fuel cell vehicles.

The new incentives will encourage the development of the core components eligible for the reduced tariffs, including electrodes and fuel cell stacks, in order to establish a supply chain.

The program will prioritize buses and other commercial vehicles, according to a September report from Japan's business news outlet Nikkei Asia.

"There is no other automobile market with such a sense of speed and I am extremely confident that we will gain partners we can work with toward the shared target of expanding the use of FCEVs in China," said Toyota operating officer Shigeki Terashi earlier this year. 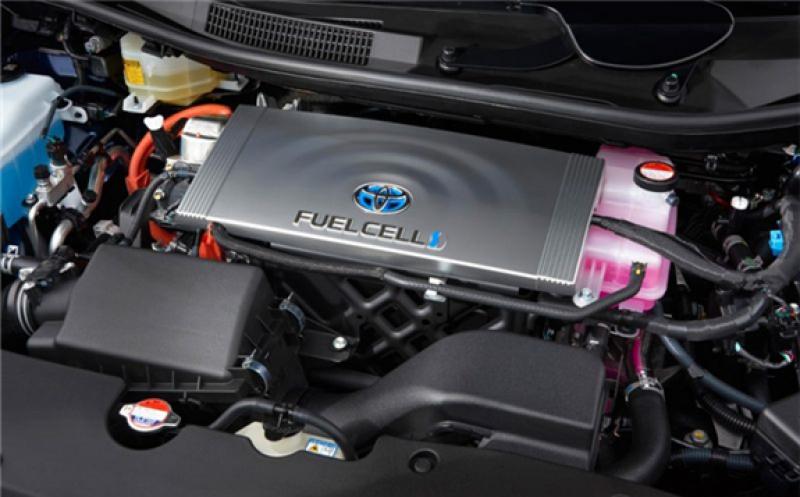