02 Dec 2020  by World Nuclear News
Canada's Nuclear Waste Management Organisation (NWMO) has begun preparations for the drilling of two boreholes in the South Bruce area prior to site selection for a deep geological repository for the country's used nuclear fuel. The first borehole will be drilled in Spring 2021. 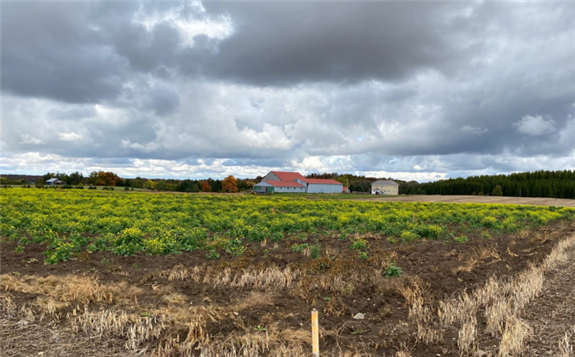 Construction of the first drill pad and access to the site is currently under way, NWMO said. Pre-drilling activities, including an environmental due diligence walkover, a survey of the features of the surface of the land, an archeological survey, cultural verification and a pre-drilling private drinking water well survey are in progress or have already been completed.

Field activities to further characterise the geology of the South Bruce site are planned for 2021. These include: installing micro-seismic monitoring stations across to monitor for seismic activity, such as low-magnitude earthquakes; installing shallow groundwater monitoring wells to further study water in the area; and conducting geophysical studies. The NWMO is also continuing with engagement activities in the area.

NWMO is carrying out studies at two potential hosts for the repository - Ignace and South Bruce - which have been narrowed down from a list of 21 interested communities in a process launched in 2010. Both sites are in the province of Ontario. The first borehole at Ignace was completed in January 2018. The NWMO expects to identify a single, preferred site to host the project, in an area with informed and willing hosts, by 2023.