Kyushu Electric Power Company has restarted unit 1 of its Sendai nuclear power plant in Japan's Kagoshima prefecture having completed construction of a bunkered back-up control centre as required under revised safety regulations. The 890 MWe pressurised water reactor is the first unit to resume operation in the country after building such a facility. 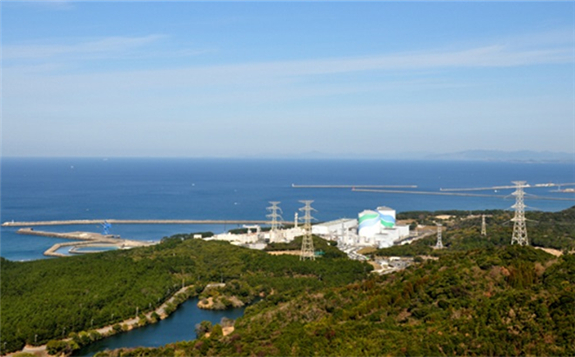 Bunkered back-up control centres are a requirement of new regulations introduced in July 2013 in response to the March 2011 accident at the Fukushima Daiichi plant. The Nuclear Regulation Authority (NRA) ruled in November 2015 that such facilities must be completed within five years after regulatory approval of each plant's engineering and construction work programme. That programme is the second step in NRA's three-step process of assessing reactor safety prior to restart. The third and final stage includes pre-operational inspections to ensure the unit meets the new safety requirements.

If a centre is not completed by one week before the deadline, the NRA can order a utility to suspend operation of a reactor. Under the new rules, an operator must place a unit in cold shutdown - where coolant water is at less than 100ºC - within a day of the unmet deadline.

Unit 1 of the Sendai plant in Kagoshima prefecture was the first reactor to be restarted in August 2015, followed by Sendai 2 in October that year. The NRA approved the detailed design of the units in March and May 2015, respectively. Under the regulations, Kyushu had until 18 March and 22 May, 2020 to complete the back-up control centres at Sendai units 1 and 2, which are both 890 MWe PWRs.

With construction of the back-up control centre incomplete, Kyushu took Sendai 1 offline on 16 March ahead of the specified deadline. It has since carried out routine inspections and refuelling of the unit.

On 11 November, the utility announced that construction of the back-up facility had been completed and it had now entered into operation.

The process of restarting the reactor began yesterday and it was expected to reach criticality today. Kyushu expects the unit to begin generating power again on 19 November and to resume normal operation in mid-December.

Kyushu plans to restart Sendai 2 in late December, once the back-up control centre for that unit is also completed.

The utility expects to restart unit 3 at its Genkai plant in in Saga Prefecture on 21 November, with power generation resuming two days later. It is due to shut Genkai 4 in December for regular maintenance.

Kansai Electric Power Company suspended operation of units 3 and 4 of its Takahama plant in Fukui Prefecture in August and October, respectively, due to delays in completing back-up facilities at those units. Other utilities have also said there will be delays of up to two-and-a-half years in completion of back-up centres at their reactors.