Riversimple has revealed plans to raise £150m over the next three years to fund the manufacture of two hydrogen-powered vehicles. 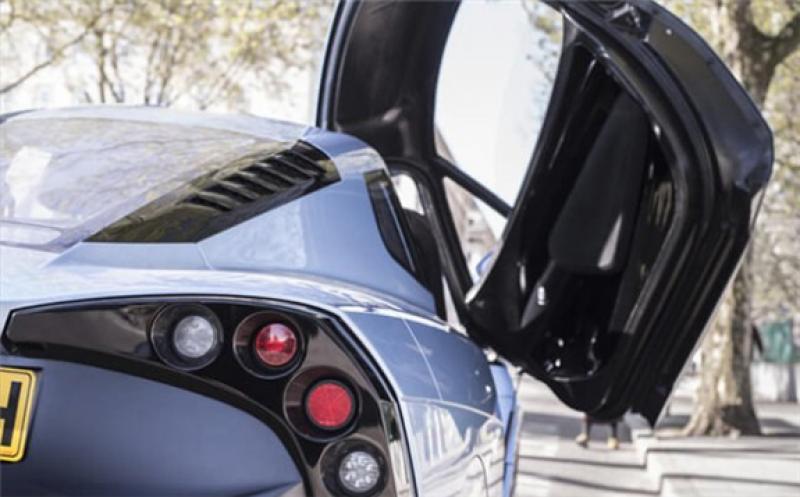 The British hydrogen car manufacturer wants to start commercial production of its eco couple, the Rasa, in 2023 and a lightweight commercial van the following year.

Riversimple said the funding raise will fund two production plants that would each produce 5,000 vehicles per annum.

The company said it is initially looking for sites in Mid and South Wales and is in conversation with both UK and Welsh Governments about manufacturing plans.

Until now, Riversimple has largely relied on crowdfunding and grants to see it through the Research and Development phase, so this a notable shift in the company’s evolution.

Hugo Spowers, founder of Riversimple, said, “Hydrogen’s potential to contribute to a clean energy future is widely recognised around the world, by governments and the private sector.”

“With the ban on combustion engine vehicles looming, now is the time to focus on clean and efficient alternatives.”

“We’re focused on delivering convenient and commercially viable hydrogen fuel cell vehicles (FCEVs), as well as seeing a new era of automotive manufacturing in the heart of Wales.”

“FCEVs are the only zero carbon solution that offers customers the convenience that they have come to expect – three minutes to refuel and a decent range.”

“They represent a once-in-a-lifetime opportunity for the UK to take a leading role in the future of the auto sector, harnessing the unrivalled skill base that we have in automotive technology.”

“In our view, electricity and hydrogen are complementary energy vectors and the availability of both Fuel Cell Electric Vehicles and Battery electric vehicles (BEVs) will decarbonise the transport sector much faster.”

Public interest in hydrogen fuel cell cars as an alternative to battery electric cars continues to grow – more than 4,000 people have already expressed an interest in being a future customer of Riversimple.

Currently, Rasas are being hand-built for a trial with the general public based in Abergavenny in Monmouthshire, which will start as soon as Covid-19 restrictions allow.

The trial is being supported by the Office for Low Emission Vehicles as part of the Hydrogen for Transport Programme.

Riversimple is also a partner in the Milford Haven: Energy Kingdom demonstration in Pembrokeshire, supported by UK Research and Innovation.

Riversimple will be operating a Mobility as a Service (MaaS) business model. Uniquely, this is fully integrated right through to the design of the car.

For a single monthly fee plus a mileage rate, customers receive the vehicle, maintenance, insurance, tyres and fuel. Refurbishments and software upgrades are factored in.

Gambit Corporate Finance has been appointed lead financial adviser to Riversimple on its £150m funding round.

Frank Holmes, Partner at Gambit Corporate Finance, commented, “With desirable vehicles and an innovative business model, we see Riversimple as a catalyst for the hydrogen economy, driving the net zero agenda in Wales where the fuel cell was invented, and beyond.”