TerraPower and X-energy will each receive $80 million in initial federal funding under the Department of Energy’s (DOE’s) Advanced Reactor Demonstration Program (ARDP) to build their two distinct advanced nuclear reactors and begin operating them within seven years.

Energy Secretary Dan Brouillette made the much-awaited announcement about the first ARDP awards in a brief Twitter live-stream late on Oct. 13, during which he suggested the two projects best met the agency’s criteria in what was likely tough competition for the federal funding opportunity.

Under the program, Bellevue, Washington–based TerraPower will demonstrate the Natrium reactor, a 345-MWe sodium-cooled fast reactor that it unveiled last month as part of a consortium that includes GE Hitachi (GEH) and Bechtel. The consortium says the reactor design blends the “best of” TerraPower’s Traveling Wave Reactor (TWR) and GEH’s PRISM technology, but is also a “cost-competitive” design that uniquely integrates molten salt energy storage.

Bechtel, notably, will act as the Natrium plant’s design, licensing, procurement, and construction partner under the ARDP. Last month, TerraPower also announced it would team with Centrus Energy to establish commercial-scale, domestic production capabilities for high-assay, low-enriched uranium (HALEU). Centrus, formerly known as U.S. Enrichment Corp. (USEC)—which was originally a government corporation—has a three-year $115 million (80%-20% cost-shared) contract that will allow it to deploy a small cascade of 16 AC-100M centrifuges at the American Centrifuge Plant in Piketon, Ohio, to demonstrate HALEU production by 2022.

Rockville, Maryland–based X-energy, meanwhile, will use the funding to deliver a commercial four-unit power plant based on its Xe-100 reactor design, an 80-MWe/200-MWth pebble-bed high-temperature gas reactor (HTGR), which can be scaled as a four-pack to 320 MWe.

X-energy, a firm established in 2009, has a long history of DOE backing. In January 2016, it won a $40 million DOE grant to develop the Xe-100 reactor, and in April 2018, the DOE awarded the company a $9 million cooperative agreement for the design and license application development of TRISO-X. In March 2019, a month before the company’s pilot TRISO-X fuel facility at Oak Ridge National Laboratory was deemed complete and fully operational, the company said the DOE invited it to submit a Part II loan guarantee application to help secure funding for construction of the TRISO-X facility. In December 2019, the DOE awarded it nearly $3.5 million to further examine ways to reduce the Xe-100 reactor design’s construction and maintenance costs. And this May, it announced a $6 million grant award from the DOE’s Advanced Research Projects Agency-Energy to develop digital twin technology to help cut fixed operations and maintenance costs of its Xe-100 reactor design to $2/MWh.

It is unclear how much the two demonstrations will cost in total, when construction could begin, or even where they will be sited. Brouillette said on Tuesday “that’s going to be worked out over time.” He added: “We’re working very closely with the partners to determine the ultimate outcome of where the reactors will be. It is likely that they may be located in a place like Washington state, because there’s a site available to them.”

For now, the DOE intends to follow up the initial $160 million in funding (which Congress appropriated for Fiscal Year 2020) with future announcements. In total DOE intends to invest a total $3.2 billion in the ARDP program over the next seven years, so long as it receives future appropriations from Congress, said Brouillette on Tuesday.

The agency’s next big ARDP announcement is slated for December, when the DOE is expected to choose two to five award winners for $30 million in appropriated funding under the program’s risk reduction for future demonstration projects pathway. In December, it may also announce $20 million in initial year funding awards for two advanced reactor concepts (ARC 20).

The criteria for the DOE’s first selection of Natrium and Xe-100 under the ARDP may help shed light on what the DOE is looking for. “What we wanted were two things. We wanted to look at the design and ensure that it was an advanced design—something that would be new to the marketplace. We’ve seen many designs over the course of the years, and these two in particular stand out for advancing the technology forward,” said Brouillette.

“The second thing that we looked at were the management teams around them—their ability to partner with us on a 50-50 (cost-shared) basis but also deliver their project within seven years. And these two companies have demonstrated that to us,” he said.

The projects under the ARDP, which the DOE only launched this May, were also clearly chosen with some urgency, he suggested. “It’s absolutely vital that we make progress on this technology now, so as to ensure we don’t lose market opportunities before access to infrastructure and supply chains in the U.S. is lost,” said Brouillette.

The nuclear industry reacted with overwhelming enthusiasm for the DOE’s commitment to advance nuclear technology.

Dr. Rita Baranwal, Assistant Secretary for Nuclear Energy, was confident that the DOE and U.S. industry was “extremely well-equipped to develop and demonstrate nuclear reactors with the requisite sense of urgency, which is important not only to our economy, but to our environment, because nuclear energy is clean energy.”

Mark Peters, director of the Idaho National Laboratory (INL), which has emerged as a hot spot for advanced nuclear innovation, lauded the announcement as a “tremendous step forward in bringing advanced fission systems from concept to reality.” Peters noted that INL supported both the finalists, as well as other applicants who will be considered for DOE’s advanced reactor risk reduction and ARC 20 awards in the next phase of the ARDP.

Ashley Finan, director of the National Reactor Innovation Center (NRIC) expressed enthusiasm at working with winners. “These projects contribute to a diversity of designs, which will help achieve our commitment to demonstrating advanced reactors,” she said.

Craig Piercy, CEO and executive director of the American Nuclear Society (ANS), said the successful demonstration of the Natrium and Xe-100 reactor designs would “help kickoff a new chapter in U.S. nuclear technology advancement. America’s nuclear professionals are ready to design, build and operate these advanced nuclear technologies,” he said. However, while ARDP is a great start, “we can’t rest on our laurels,” continued Piercy. “We need continued robust federal research and development funding for nuclear innovation and implementing climate policies that are performance-based and technology-neutral, such as carbon pricing.”

Maria Korsnick, president and CEO of the Nuclear Energy Institute, echoed that sentiment. “The ARDP builds on the momentum already seen through the dozens of companies investing in the next generation of nuclear technologies. The Department of Energy’s investment will accelerate these advanced technologies from concept to deployment, moving even more carbon-free technologies to market. Through DOE’s leadership and continued support in public-private partnerships, we will see the next generation of reliable, carbon-free nuclear energy become a reality this decade,” she said.

Josh Freed, senior vice president of think tank Third Way’s Climate and Energy Program, also offered jubilation. “The [ARDP] awards are a very big deal and represent the United States’ move into the next phase of getting advanced reactors to commercialization,” he said, noting that’s a big accomplishment over only five short years. “The Department of Energy’s decision means the United States has invested, across two administrations now, in developing truly advanced nuclear technologies that can be ready in time to help the electricity and industrial sectors here and globally get to net-zero carbon affordably, safely, and integrated with renewables.”

However, Freed also noted that the DOE was wise to award grants to developers who would build next-generation nuclear technologies, because over the past decade, Congress has appropriated more than $700 million to help license and develop small modular light water reactor designs, the memo notes. “We know, as we found in our recent map of the worldwide market for these reactors, that there is significant global interest in advanced nuclear. The ARDP announcement means that the country is firmly committed to competing with Russia and China in the potential advanced nuclear market. It is critical for economic, safety, proliferation, labor, and climate reasons that the United States leads the way,” he said. 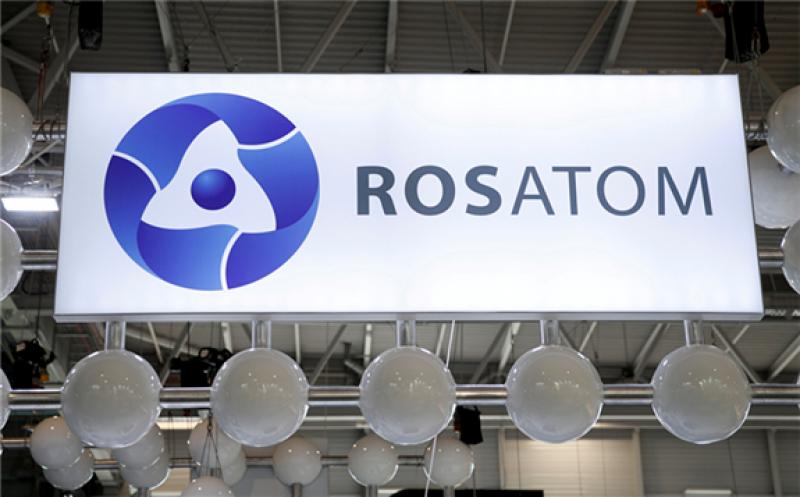 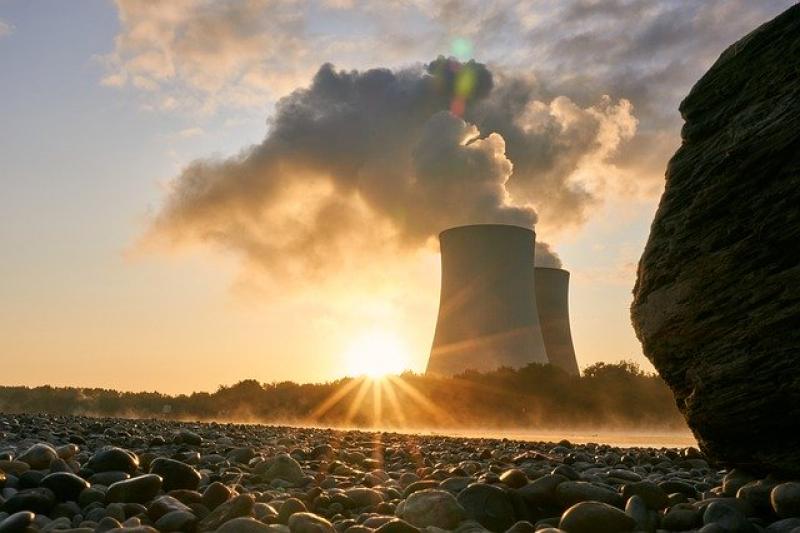 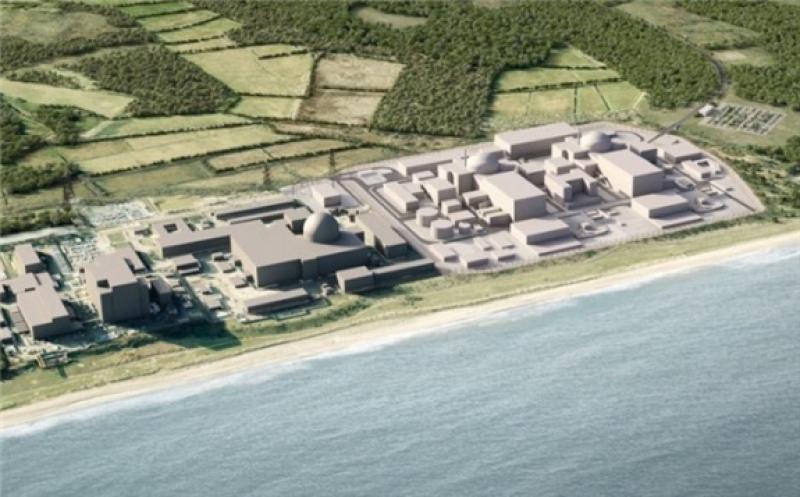 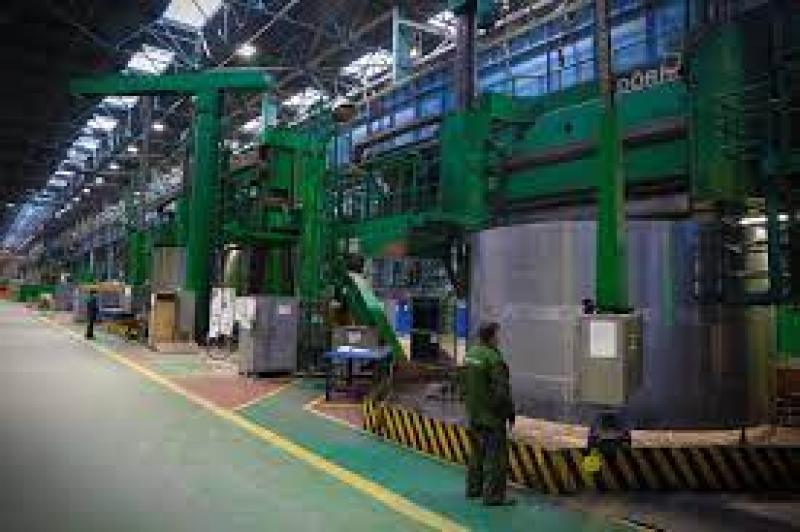