Given the very modest scale of Oman’s hydrocarbons resources (only around five billion barrels of estimated proved oil reserves, barely the 22nd largest in the world) compared to those of many of its neighbours, it has long focussed on building a presence in the higher-value petrochemicals industry. This has not come without its own risks, as building up a petchems presence requires a lot of upfront spending ahead of being able to generate returns further down the line. As such, the Sultanate has been subject to various cash crises over recent years and to frequent downgrades, most recently by Moody’s Investors Service, to Ba3 - three levels down into non-investment (junk) status – and just before that by S&P Global Ratings’ to BB-, with a negative outlook. Nonetheless, positive announcements last week on the Duqm Refinery indicate that Oman is nearing the endgame on this flagship project. 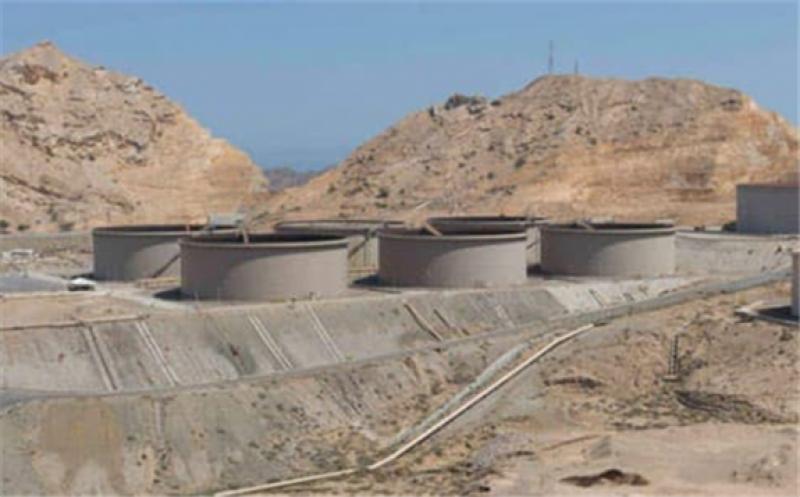 Last week saw the signing of a contract between the Duqm Refinery and Petrochemicals Industries Company (DRPIC) and the Rotterdam-based LyondellBasell for the Dutch company to provide the technology for two large-scale polyolefin plants that will be integral to the US$18 billion combined Duqm Refinery and Duqm Petrochemicals projects. This US$18 billion figure was a marked increase on the previous estimates from Oman’s officials (an initial US$6 billion for the Refinery element) but is in line with the Sultanate’s plans to increase downstream production capacity from its current 15 million tonnes to 24 million tonnes by 2030. Commodity sales volumes will nearly double from 21 million tonnes to 40 million tonnes by the same date. Still being built-out at the Special Economic Zone Authority of Duqm (SEZAD) on Oman’s Al Wusta coast, the Duqm Refinery will function alongside the Liwa Plastics Project (LPP) industrial complex, located near the Sohar refinery, with the LPP to include a nominal 900 kilo tonnes per annum ethylene cracking plant, a high density polyethylene plant, a linear low density polyethylene plant, a new polypropylene plant, a methyl tertiary butyl ether plant, a butene-1 plant and associated utilities and off-site facilities.

For its part, LyondellBasell will provide its ‘Spheripol PP’ process technology for the proposed 280,000 tonnes per annum capacity polypropylene plant, and a corollary high-density polyethylene process with capacity of 480,000 tonnes per annum. This contract is aimed at further enabling Oman to capitalise on the synergies with the existing refinery and the growing global market for plastics. In this regard, industry estimates prior to the global outbreak of COVID-19 were for global demand for polyethylene (PE) and polypropylene (PP) combined to increase by around five per cent per year to total at least 180 million metric tons by 2023, with the majority of this going to China, a key target market for Oman.

Much of this improvement in capacity has come from the conclusion late last year of the US$2.7 billion Sohar Refineries Improvement Project (SRIP). This landmark project enhanced crude processing capacity by 82,000 barrels per day (bpd) to 198,000 bpd, and encompassed the construction of five new units (vacuum distillation, hydro-cracker, delayed coker, isomerisation, and bitumen blowing). This, in turn, enabled the refinery to produce the high-quality naptha required for its aromatics plant, to improve the residue fluid catalytic cracker feed quality relating to continuous catalyst regeneration and metals, and to meet the polymer grade propylene demand of the polypropylene plant. It also allowed it to produce sufficient bitumen for domestic requirements plus additional gasoline and diesel. All of this will run in tandem with the new facilities being put into place as part of the Front End Engineering and Design (FEED) work being done by the U.K.-based international energy services specialist Wood Group. This FEED work encompasses the natural-gas-to-liquids extraction facility to be located in Central Oman and a 230 kilometre pipeline connecting the petchems facility with Duqm.

The export part of this chain is also moving apace, with an announcement at the end of last month from the chief executive officer of SEZAD, Ismail bin Ahmed Al Balushi, that: “The Port of Duqm is 100% ready for commercial operations.” These new port facilities should allow Oman to further monetise its beneficial geographical position, offering safe-harbouring away from the perennially fractious Persian Gulf and Strait of Hormuz, and onward export routes to both the East to Asia and the South to Africa.

Indeed, the chief executive officer of Duqm Port, Reggy Vermeulen, recently underlined that the Port is planning to become a major trans-shipment hub for containerised, dry bulk, liquid bulk and automotive cargoes as well as promoting its position towards feeder operators and main liners. He also affirmed that the plan includes marking the Port to become a transit point connecting the East with the West. As part of this process, plans are in place to further develop the Port’s external facilities, including the construction of a liquid and bulk material export terminal on the oil berth, constructing an 80.7 kilometre crude oil pipeline from Ras Markaz to the Duqm Refinery and building out the Refinery’s crude oil storage facilities in Ras Markaz.

In this context, according to a recent statement from the Oman Tank Terminal Company (OTTCO), the first eight crude oil storage tanks have almost been completed at the Raz Markaz Crude Oil Park near Duqm. Each of these will have a capacity of 5.7 million barrels of oil and are expected to be ready for use in the first quarter of 2021. Phase 1 capital expenditure on the Raz Markaz crude oil storage facility was just over US$700 million, officially at least, with capacity for that phase targeted at 25 million barrels, although the full targeted capacity after the completion of all three phases is 200 million barrels. This would make Raz Markaz one of the biggest oil storage facilities in the Middle East and, together with the Duqm Refinery Project, should enable Oman to more realistically offer itself as a major regional energy hub.

This changing strategic significance has not been lost on China, which stands ready to step in with more assistance as and when Oman needs. Already, China has stated that it would invest at least US$10 billion in the first instance into the Duqm area via a land lease agreement but it also made clear that there would be more if required. The focus initially will be on completing the Duqm refinery, in addition to being on the construction and build-out of an 11.72 square kilometre industrial park in Duqm in three areas (heavy industrial, light industrial, and mixed-use, including a hotel).

According to the plans, all of which will be ready within the next five to 10 years, in the light industrial zone there will be 12 projects, including the production of 1 gigawatt (GW) of solar power units, and of oil and gas tools, pipelines and drilling equipment. The mixed-use sector will focus on projects designed for the tourist trade, including the construction of a US$150 million hotel on a 10 hectare area, US$100 million to build a hospital, and US$15 million towards a school. The heavy industry sector will also see 12 projects, dealing with the production of commercial concrete, building materials and related industries, production of glazed glass, methanol and other chemicals. In addition, the site will cater for steel smelting, aluminium production, production of vehicle tires, building materials for protection against water and corrosion, extracting magnesium from seawater, and various chemical-aromatic projects.