China's July new energy vehicle (NEV) production and sales increased for the first time in 2020 compared with a year earlier, following a recovery in the entire automotive market amid the government's stimulus packages.

China produced 100,000 NEVs in July, up by 15.6pc from a year earlier, with sales up by 19.3pc to 98,000 units, according to data from China's automotive manufacturers association (CAAM). The numbers exclude US-based electric vehicle manufacturer Tesla's Shanghai factory.

The country's NEV market began to recover in April when the Covid-19 epidemic eased, supported by stimulus packages provided by the Chinese government. China's industry and information technology ministry in mid-July announced a campaign to promote the use of NEVs in rural areas.

Domestic NEV production during January-July totalled 496,000 units, down by 31.7pc from a year earlier, with sales down by 32.8pc to 486,000 units over the same period because of the impact from the Covid-19 pandemic. 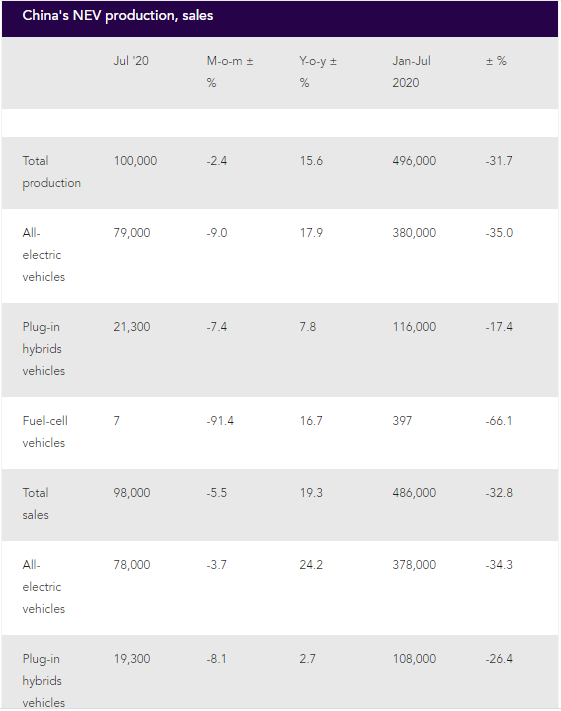