Unit 3 of the Kakrapar nuclear power plant in the Surat district of the Indian state of Gujarat has attained a sustained chain reaction for the first time. It is the country's first indigenously-designed 700 MWe pressurised heavy water reactor (PHWR) to reach the commissioning milestone. Loading of fuel into the reactor's core was completed in mid-March. 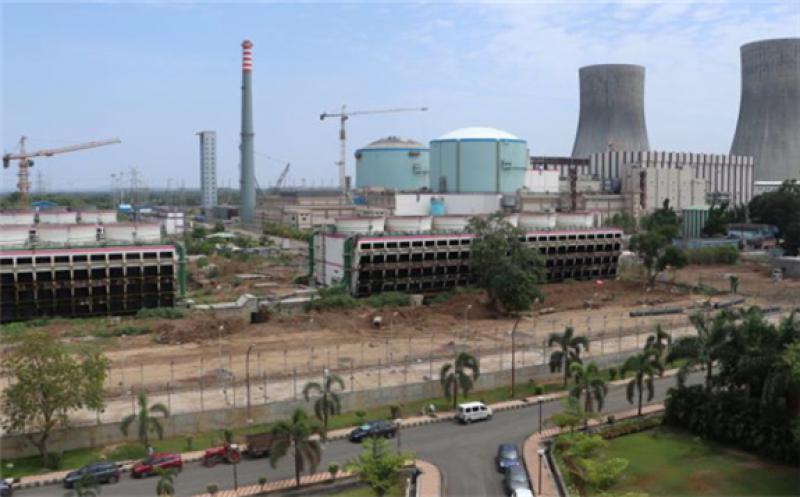 "Thereafter, many tests and procedures were carried out during the lockdown period following all COVID-19 guidelines," Nuclear Power Corporation of India Ltd (NPCIL) noted in a statement. The reactor achieved first criticality at 9.36am today, it said, marking a "historic development".

NPCIL noted the components and equipment for the reactor have been manufactured by Indian industries and its construction was undertaken by various Indian contractors. "As a next step, various experiments/tests will be conducted and power will be increased progressively. Thereafter it will be connected with the western grid." The unit is India's 23rd reactor to enter operation.

The milestone was welcomed by Prime Minister Narendra Modi, who tweeted: "Congratulations to our nuclear scientists for achieving criticality of Kakrapar Atomic Power Plant 3! This indigenously designed 700 MWe KAPP-3 reactor is a shining example of 'Make in India'. And a trailblazer for many such future achievements!"

In April 2007, the Indian government approved plans for the first four of eight planned 700 MWe PHWR units: Kakrapar units 3 and 4 and Rajasthan units 7 and 8, to be built by Hindustan Construction using indigenous technology. In mid-2009, construction approval was confirmed, and late in 2009 the finance for them was approved.

Site works at Kakrapar were completed by August 2010. First concrete for Kakrapar 3 and 4 was in November 2010 and March 2011 respectively, after Atomic Energy Regulatory Board (AERB) approval. The AERB approved Rajasthan 7 and 8 in August 2010, and site works then began. First concrete for those units was in July 2011. Construction had been expected to take 66 months.

In a 5 March written answer to India's upper house, the Rajya Sabha, Minister of State Jitendra Singh said "commissioning and operationalisation" of the first of the country's 700 MWe PHWRs, Kakrapar 3, is expected by this October and Kakrapar 4 in September 2021. The 700 MWe PHWRs under construction at Rajasthan are expected to be commissioned in March 2022 for unit 7 and 2023 for unit 8.

India plans to put 21 new nuclear power reactors - including 10 indigenously designed PHWRs - with a combined generating capacity of 15,700 MWe into operation by 2031, the Department of Atomic Energy announced in January 2019.