EG Enerji announced that it has signed an agreement with GMK Enerji for a giant project with a budget of $ 65 million, which is planned to be established on the area of three different geothermal operating licenses in Karacasu district of Aydin, Turkey. 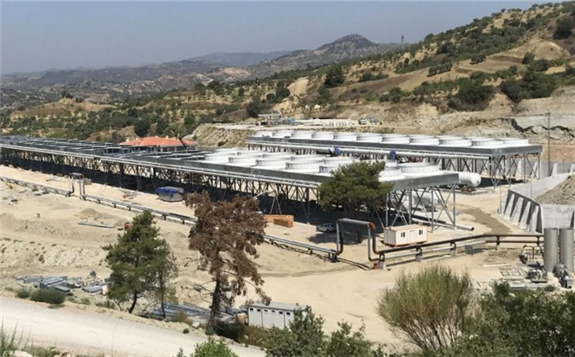 Within the scope of this project, engineering and project planning services of thermal hotels and SPA centers that will operate in the field of tourism with greenhouse and drying facilities for organic agriculture will be carried out by GMK Energy.

EG Energy General Manager Enis Günay, who gave information about the facilities to be established, said, “We have been in Karacasu for 6 years. We made research and development studies. We have started different product trials in the R&D greenhouses which was established by GMK Energy, Dedeler, Hacihidirlar and Camköy.

We will produce different and high added value products. Our company, which has licenses at three points in Karacasu, is very knowledgeable about the geology and geothermal activities of the region. The primary target of our company is preparing agricultural development projects in the region. For this purpose, we plan to establish integrated facilities for organic agriculture. We will produce organic vegetables to be produced with geothermal greenhouse activities, and fruits such as figs grown in the region, without using any chemical addition in fruit and vegetable drying plants, and we will obtain products with high added value. Project works have been initiated for the drying facility with a capacity.

Initially it is expected to help produce up to 2,500 tones of fresh fruit and vegetable processing annually with around 200,000 square meter greenhouse for organic agriculture.

It is aimed that the greenhouse, drying facility and thermal hotel investments, which will be established by keeping the environmental aspect in the foreground, will contribute to Aydin’s economy and the employment of the local people. It is predicted that the investments to be made will provide employment for 1,200 people, mostly women, in Karacasu and Kuyucak districts.