The local heating cooperation in Riehen, a municipality in the Swiss-German border region is planning another geothermal heating plant, as reported locally. The heating utility also supplies heat accross the border to Lörrach-Stetten in Germany. 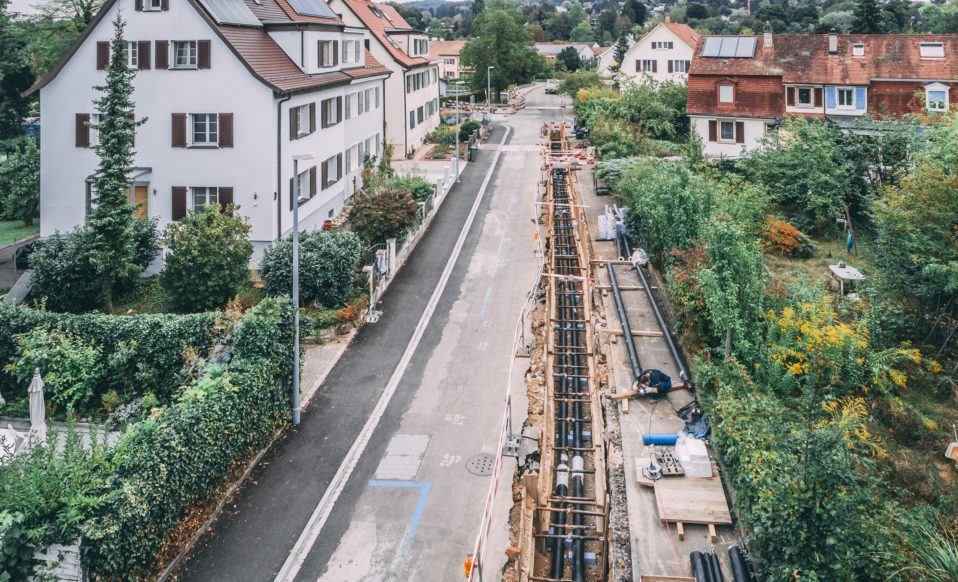 With the planned investment of up to CHF 49 million (around $51 million), the heating utility is looking to meet the increasing demand for climate-neutral energy, according to a statement released last week.

The Riehen heating network has been supplying households in Riehen and Lörrach with geothermal energy for 26 years. The centerpiece is the geothermal plant, which has been in operation since 1994. The system is operated with 67 degrees Celsius hot water derived from two 1,500 meter deep wells in Stettenfeld, directly at the (Swiss-German) border and at the Fondation Beyeler (a renowned local museum). The system is feeding into a 38 km district heating network, co, and which covers the heating requirements of around 8,500 people. The amount of energy has more than doubled over the past ten years from 10 GWh to 23.3 GWh. According to the announcement, this corresponds to approximately 2.6 million litres of oil a year.

In order to meet the increasing demand, a second “geo2riehen” plant is to be built. According to the plan, this should supply around 4,000 additional people. A feasibility study showed in 2018 that the chances for the project are good. The next step is to confirm this with trial drilling. A grant was requested from the Swiss Federal Office of Energy (SFOE) in December 2018 and the project was examined. After the test was completed, a subsidy contract of CHF 1.2 million was signed for the measurement campaign in January. The risks must also be assessed, but the risk of a noticeable earthquake is considered to be very low.

The project poses major challenges for the heating network. Depending on the demand scenario, the investment requirement is estimated at CHF 42 to 49 million, of which “geo2riehen” accounts for around CHF 14 million. In order to be able to cope with this, the shareholders, the municipality of Riehen and the Industrielle Werke Basel (IWB) have reviewed their partnership. In future, the shares will be 50 percent instead of 72.9 today (Riehen) and 27.1 percent (IWB). With the postponement, the latter also assume more financial responsibility and risk. The Riehen residents’ council is expected to approve the submission in June.