28 Apr 2020  by Simon Watkins
President Donald Trump is considering all options available to him to make the Saudis pay for the oil price war as the crash that followed has done significant damage to the U.S. oil industry.

With last month having seen the indignity of the principal U.S. oil benchmark, West Texas Intermediate (WTI), having fallen into negative pricing territory, U.S. President Donald Trump is considering all options available to him to make the Saudis pay for the oil price war that it started, according to senior figures close to the Presidential Administration spoken to by OilPrice.com last week. It is not just the likelihood that exactly the same price action will occur to each front-month WTI futures contract just before expiry until major new oil production cuts come from OPEC+ that incenses the U.S. nor the economic damage that is being done to its shale oil sector but also it is the fact that Saudi is widely seen in Washington as having betrayed the long-standing relationship between the two countries. Right now, many senior members on Trump’s closest advisory circle want the Saudis to pay for its actions, in every way, OilPrice.com understands. 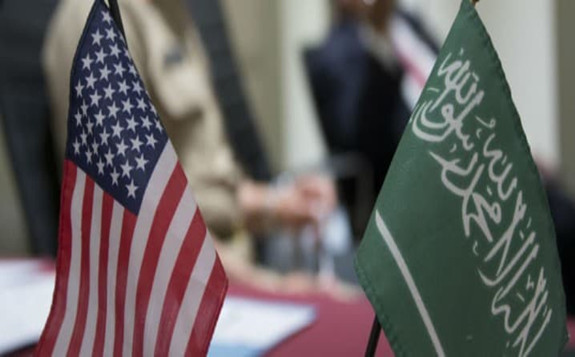 This relationship was established in 1945 between the U.S. President Franklin D. Roosevelt and the Saudi King at the time, Abdulaziz, on board the U.S. Navy cruiser Quincy in the Great Bitter Lake segment of the Suez Canal and has defined the relationship between the two countries ever since. As analysed in depth in my new book on the global oil markets, the deal that was struck between the two men at that time was that the U.S. would receive all of the oil supplies it needed for as long as Saudi Arabia had oil in place, in return for which the U.S. would guarantee the security of the ruling House of Saud. The deal has altered slightly since the rise of the U.S. shale oil industry and Saudi Arabia’s attempt to destroy it from 2014 to 2016 in that the U.S. also expects the House of Saud to ensure that Saudi Arabia not only supplies the U.S. with whatever oil it needs for as long as it can but also that it also allows the U.S. shale industry to continue to function and to grow.

For the U.S., if this means that Saudi Arabia loses out to U.S. shale producers by keeping oil prices up but losing out on export opportunities to U.S. firms then that is just the price that the House of Saud must pay for the continued protection of the U.S. - politically, economically, and militarily. As U.S. President Donald Trump has made clear whenever he has sensed a lack of understanding on the part of Saudi Arabia for the huge benefit that the U.S. is doing the ruling family: “He [Saudi King Salman] would not last in power for two weeks without the backing of the U.S. military.” Trump has a very good point, as it is fair to say that without U.S. protection, either Israel or Iran and its proxy operatives and supporters would very soon indeed end the rule of the House of Saud.

Aside from just withdrawing all such support from the Saud family right now, there are other options available to the U.S. as interim measures, although some are more practical than others. Early in the oil price war, Trump stated that “I will do whatever I have to do... to protect... tens of thousands of energy workers and our great companies,” and added that plans to impose tariffs on Saudi Arabia’s oil exports into the U.S. were “certainly a tool in the toolbox.” From a practical volumes perspective, putting tariffs on Saudi oil rather than Russian oil would make sense from two key perspectives. First, the U.S. imports around 95 per cent more oil from Saudi than it does from Russia, so sanctioning Russian oil would have little effect on the U.S.’s supply glut that is overhanging its already-stretched domestic storage facilities. Second, Russia is in much better economic shape than Saudi to handle any shocks to its oil-related streams of revenue, with a budget breakeven oil price of US$40 per barrel of Brent rather than Saudi’s US$84 per barrel point.

Second, there is also the fact that Saudi currently provides one of the few large-scale sources of sour crude (including the benchmark Arab Heavy) that is available to the U.S., which is essential to its production of diesel, and to which purpose WTI is less suited. Certainly much of the U.S.’s Gulf Coast refinery system is geared towards using sourer crude, having invested heavily in coking systems and other infrastructure to better handle heavier crudes from the Middle East in recent decades. The other major historical sources of this for the U.S. are not in a position to fill the gap, with U.S. sanctions still imposed on oil imports from Venezuela, Mexican flows unreliable, and Canada’s pipeline capacity to the U.S. not able to handle any more more exports south until the long-delayed Keystone pipeline is up and running at some point in 2023.

In a U.S. presidential election year, the last thing that a U.S. president wants is increasing diesel prices or shortages making a coronavirus-hit economy even worse. It is a fact that since the end of the First World War, the sitting U.S. president has won re-election 11 times out of 11 if the U.S. economy was not in recession within two calendar years ahead of an election whilst presidents who went into a re-election campaign with the economy in recession over the same time-frame won only once out of seven.

This said, it may be that Trump will use the threat of such tariffs on Saudi Arabia, as his mercurial reputation may work to convince the Saudis that he is unpredictable enough to impose such taxes, regardless of the short-term economic consequences. Even as it stands, he needs to do something as around 44 million barrels of Saudi crude are expected to reach the U.S. over the next four weeks, according to oil industry and shipping data. This is around four times the most recent four-week average, according to EIA records, and it is mostly due to be delivered to the already overwhelmed Cushing delivery point. Republican Senator Kevin Cramer of North Dakota, who has advised Trump on energy issues, has been calling on the White House to take action to stop the very large crude carriers from unloading, and several senators and congressmen have threatened to vote to withhold military aid to Saudi Arabia. Trump, for his part, has so far only said that he will “look at it,” referring to stopping these new imports.

Given the burgeoning ill-feeling towards the Saudis amongst the U.S.’s two legislative houses – from an already high base – sources in the Presidential Administration say that a forceful, but private, reiteration of the threat of the ‘No Oil Producing and Exporting Cartels Act’ (NOPEC) Bill direct to King Salman, circumventing his son Crown Prince Mohammed bin Salman, might do the trick in convincing the Saudis to dramatically increase the contextually paltry output cut last agreed with the Russians. As highlighted by OilPrice.com, the pressure for Trump to finally sign off the NOPEC Bill has been growing from the second that the Saudis began the latest oil price war.

Specifically, the NOPEC Bill would make it illegal to artificially cap oil (and gas) production or to set prices, as OPEC, OPEC+, and Saudi Arabia do. The Bill would also immediately remove the sovereign immunity that presently exists in U.S. courts for OPEC as a group and for each and every one of its individual member states. This would leave Saudi Arabia open to being sued under existing U.S. anti-trust legislation, with its total liability being its estimated US$1 trillion of investments in the U.S. alone. The U.S. would then be legally entitled to freeze all Saudi bank accounts in the U.S., seize its assets in the country, and halt all use of U.S. dollars by the Saudis anywhere in the world (oil, of course, to begin with, is denominated in U.S. dollars). It would also allow the U.S. to go after Saudi Aramco and its assets and funds, as it is still a majority state-owned production and trading vehicle, and would mean that Aramco could be ordered to break itself up into smaller, constituent companies that are not deemed to break competition rules in the oil, gas, and petrochemicals sectors or to influence the oil price.

The Bill came very close indeed to being passed into law when in February of last year, the House Judiciary Committee passed the NOPEC Act, which cleared the way for a vote on the Bill before the full House of Representatives. On the same day, Democrats Patrick Leahy and Amy Klobuchar and – most remarkably – two Republicans, Chuck Grassley and Mike Lee, introduced the NOPEC Bill to the Senate. Its progress was only halted after President Trump stepped in and vetoed it when the Saudis did what he told them to do (at that point, to produce more to keep oil prices under US$70 per barrel of Brent), but the option is still available for a relatively quick turnaround on turning it into law. 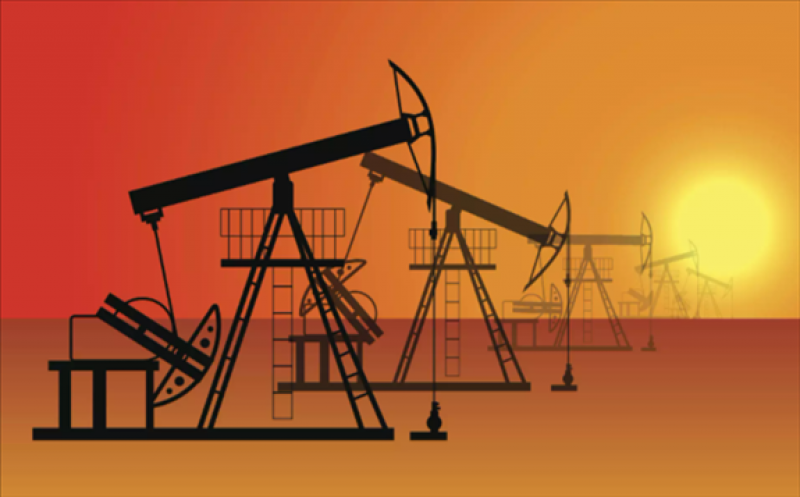 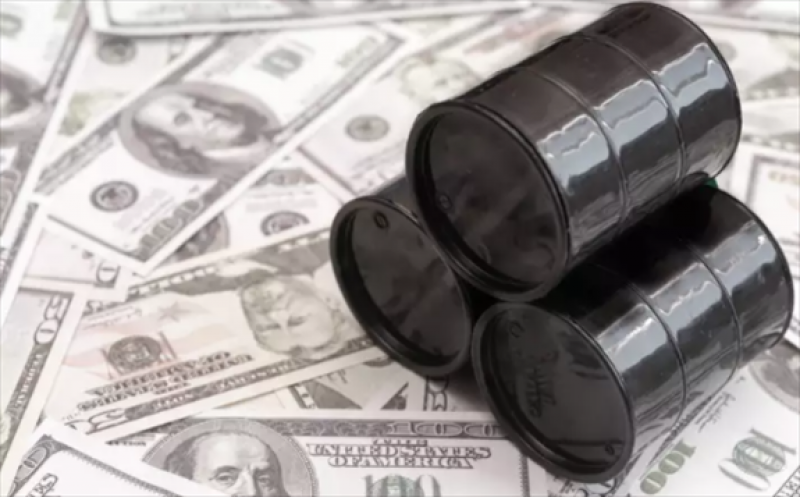 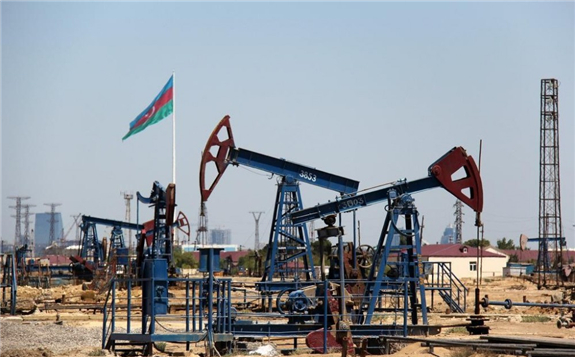 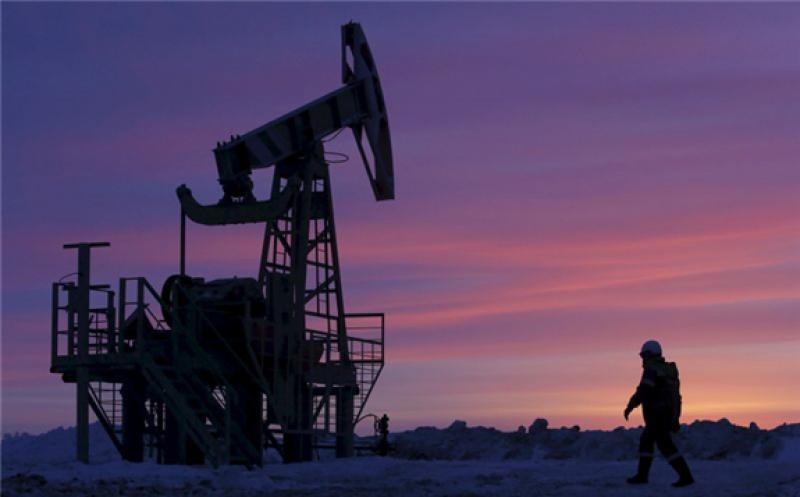 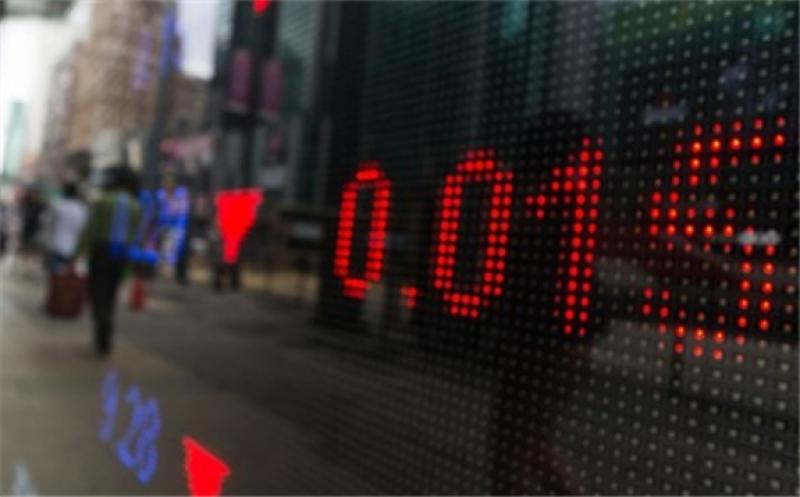 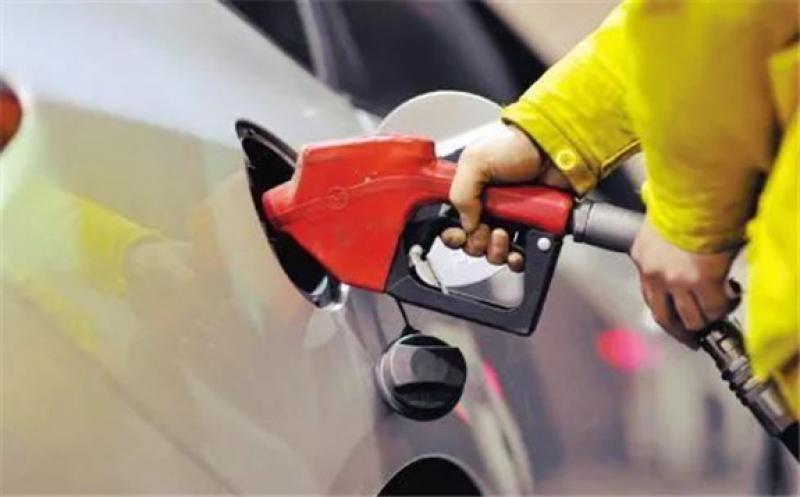