The Nordic nation is now the third European country to have waved goodbye to coal for power generation. Another 11 European states have made plans to follow suit over the next decade. 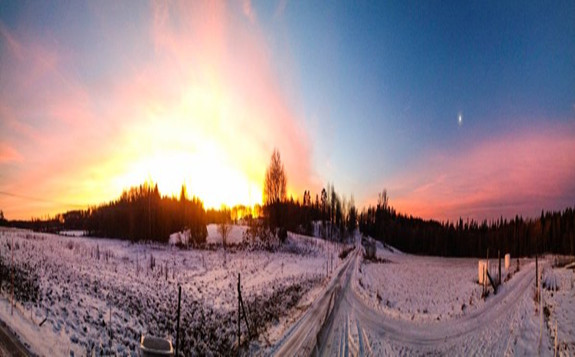 The Scandinavian country had planned to rid itself of coal by 2022 but appears to have decommissioned its facilities two years early.

The KVV6 plant has two boiler rooms, one of which was shut before the winter. The other facility was kept operational as a power reserve but a mild winter meant Stockholm Exergi did not have to use it and the utility has decided to shutter the plant for good.

Stockholm Exergi said it will now focus on carbon-negative approaches. “We continue to work on the transition to climate-neutral solutions and also solutions to create negative emissions,” said chief executive Anders Egelrud. “Here, the researchers agree: We don’t only need to reduce our emissions to zero but also … to develop techniques to specifically reduce carbon dioxide in the atmosphere.”

Race to the line

With the KVV6 plant closure announced on Thursday, the move appeared to come a day ahead of the closure of Austria’s last coal plant, the Mellach district heating plant, on Friday. Belgium was the first European nation to exit coal, in 2016.

“With Sweden going coal-free in the same week as Austria, the downward trajectory of coal in Europe is clear,” said campaign director Kathrin Gutmann. “Against the backdrop of the serious health challenges we are currently facing, leaving coal behind in exchange for renewables is the right decision and will repay us in kind with improved health, climate protection and more resilient economies.”

Other European nations plan to exit coal in the next few years. France expects to shut its last coal-fired facility by 2022, Slovakia and Portugal in 2023, the U.K. in 2024 and Ireland and Italy a year later. Euro neighbors Greece, the Netherlands, Finland, Hungary and Denmark also plan to ditch coal-fired power generation this decade, in line with Paris Agreement climate commitments.

Germany remains a laggard, with its yet-to-be-ratified plan to exit the fossil fuel by 2038 leaving it in breach of the Paris commitment.

London-based economic thinktank Carbon Tracker has used asset-level financial models to analyze the operating financials of every EU coal plant. Analysts at the lobby group estimated 84% of lignite and 76% of hard coal generation capacity is operating at a loss in the trading bloc, and the two types of coal generation could lose €3.54 billion and €3.03 billion, respectively, this year. Against ‘relentless’ competition from solar and wind power, the financial case for coal is becoming incrementally worse, according to Carbon Tracker. In 2017, the report stated, ‘only’ 46% of EU coal generators ran at a loss.