The Trump administration on Thursday outlined its plan for revitalizing the U.S. nuclear energy industry in a move that would boost uranium mining while benefiting just a handful of companies. 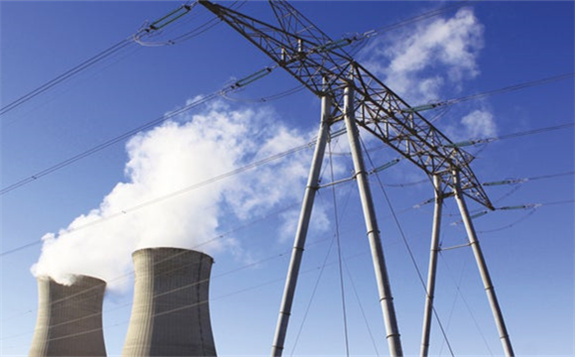 The report from the Nuclear Fuel Working Group includes a set of recommendations to the White House and comes as the price of uranium has steadily fallen over the past decade.

The group argues that measures to buoy the struggling companies will allow for a rebirth of nuclear power in the U.S. while disrupting China's and Russia’s hold on the overseas market for reactors.

“Simply put, it is within our power to pull America’s nuclear industrial base from the brink of collapse and restore our place as the global leader in nuclear technology, ensuring a strong national security position and buttressing our strength for generations to come,” the report states.

The effort to shore up nuclear power is sure to be controversial. Uranium mining has been floated in sensitive areas, including land near the Grand Canyon.

And despite being a carbon-free source of emissions, many environmentalists oppose its use given the need to store toxic spent fuel for decades.

Nuclear energy has also struggled to remain competitive with other energy sources, leaving some states to bail out nuclear reactors to the tune of tens of millions of dollars to keep them afloat. New York chose to do so, calling nuclear energy “a crucial, emission-free bridge” to its plan to transition to 100 percent clean energy.

To revitalize the industry, however, the new report backs President Trump’s proposal to spend $150 million on a uranium reserve, which would buy U.S.-mined uranium from the small number of domestic producers. The Uranium Producers of America identifies just eight members on its website.

Support for domestic miners was first floated in a January 2018 petition filed by two of the country’s top uranium producers — Energy Fuels and Ur-Energy — pushing to enact a 25 percent purchasing quota for domestic uranium.

U.S. companies provide just 10 percent of domestic uranium purchases, with more than 60 percent of supplies imported from allies like Canada, Australia and Kazakhstan.

Environmentalists have said increasing domestic production is unnecessary, arguing it would risk environmental damage when countries friendly to the U.S. already supply uranium at competitive prices. Uranium has fallen from a high of $140 a pound in 2007 to roughly $30 today.

“The industry wants a sweetheart deal. They want to expedite their critical minerals so they can just keep skip[ping] the process. And then more importantly, a guaranteed buyback,” he previously told The Hill. “Talk about creeping socialism, my God. We’re guaranteeing a revenue-based system. That rarely, if at all, happens.”

The report argued that “establishing this reserve is a critical step needed to address the overreliance on imported uranium product that has undermined U.S. energy security and impacted U.S. fuel supply capabilities.”

Also at risk is nearly 1,562 square miles just outside the boundaries of the Grand Canyon that since 2012 have been off limits for production.

Critics have worried Trump might seek to overturn that ban since he declared uranium a critical mineral for national security purposes at the end of 2017.

Some uranium mining companies already own some of that land, and there’s been a push from some Republicans lawmakers to open the area for mining.

“It’s despicable to risk irreversible harm to spectacular wild places by propping up uranium companies that can’t compete in global markets,” Taylor McKinnon with the Center for Biological Diversity said in a statement Thursday.

As recently as last week, 21 House Republicans, including some from Arizona, sent a letter to the White House asking Trump to overturn the ban, according to S&P Global Market Intelligence.

The Department of the Interior told the outlet the idea was "not an issue under discussion," but the department "remains committed to identifying sources of critical minerals and streamlining the process to expedite production at all levels of the supply chain."

The report published Thursday, however, calls for “expand[ing] access to uranium deposits on federal lands, including support for necessary legislation” and reconsidering categorical exclusions that bar mining in certain areas.

The Trump administration has already proposed a major rollback of NEPA that is set to be finalized in the coming months, including provisions that give companies a greater role in assessing the environmental safety of their own projects.

On a call with reporters Thursday, Energy Secretary Dan Brouillette said boosting the U.S. nuclear industry could reduce the influence of state-owned operations in Russia and China, which sell nuclear reactors around the world, leaving other countries dependent on their uranium and fuel services.

“What we're attempting to do is to rebuild U.S. leadership in this important industry,” he said. “Today, your options are limited, primarily to Russia, and perhaps a few other nations like Kazakhstan and others for the provision of fuel. So what we're trying to do is to reestablish some options here in the United States that may be available to the industry.”