President Donald Trump is seeking to woo Nevada voters by abandoning the GOP’s decades of support for storing the nation’s nuclear waste under a mountain northwest of Las Vegas — a move that could drag the White House into an unsolvable political stalemate.

Trump, who is targeting a state that he narrowly lost to Hillary Clinton in 2016, announced the turnabout in a tweet this month, writing: “Nevada, I hear you on Yucca Mountain and my Administration will RESPECT you!” He also pledged to find “innovative approaches” to find a new place to store the 90,000 metric tons of nuclear plant leftovers stranded at 120 temporary storage sites — an impasse that is on course to cost taxpayers tens of billions of dollars.

The statement surprised people involved in the debate because developing a permanent nuclear repository at Yucca has long been a priority of Republicans, and even Trump's own budget proposals in previous years had sought money to keep it alive. Taxpayers spent $15 billion developing the nuclear site after Congress selected the location during the Reagan era, only to see the Obama administration freeze the plan amid opposition from the state’s political leaders.

Some lawmakers also fear that Trump is undermining their efforts to work out a compromise in which some states agree to host a small number of interim waste storage sites while the search for a long-term solution continues.

“Not working on a permanent repository is going to make it harder to do consent-based interim storage, 'cause all of a sudden those communities are going to be going, ‘s---, we’re going to become permanent storage,’” Rep. Mike Simpson (R-Idaho), a senior House appropriator who has long-championed the Yucca project, told POLITICO.

"It’s a no-win situation for anybody, that doesn’t seem to change," said Edwin Lyman, director of nuclear power safety for the Union of Concerned Scientists, which is neutral on Yucca but supports building a repository somewhere.

Further complicating the problem, he said, was a 1982 law that prohibits the Energy Department from spending money building interim nuclear storage unless it has a construction license for Yucca Mountain.

Like Iowa, where Trump championed the ethanol program while running in the 2016 Republican caucus, Nevada is a key state on the electoral map. Hillary Clinton carried the state four years ago by just 27,000 votes.

But swapping positions on Yucca may not yield many political benefits for Trump, said University of Nevada political science professor Eric Herzik, who has tracked the state's politics for decades. He noted that Trump has previously reversed course on state or regional environmental policies, like plans to cut funding for Everglades and Great Lakes restoration, when facing Republican resistance in key swing states. But in this case, the administration had given no indication it was wavering on pushing the repository forward.

“If it was a political ploy, I don’t see where it will get him much in Nevada,” Herzik said. “Trump somewhat pulled the rug out from under the mostly Republican legislators pushing to get Yucca back on track and this is a gift to the Democrats in the Nevada delegation.”

Yucca Mountain has long been vulnerable in Congress. Senior Republicans for years sought to protect Nevada lawmakers by keeping funding out of appropriations, despite support in the party for the project. When control of the House flipped to Democrats in 2018, Speaker Nancy Pelosi of California "committed to blocking funding for Yucca" and has stuck to that pledge. Now, some Nevada Democrats see Trump's statements as entirely linked to the 2020 campaign, saying they won’t be shocked when the reversal proves temporary.

"I think he needs Nevada in the election so he’s pandering and saying he won't put it in," Rep. Dina Titus (D-Nev.) said in a local TV interview.

Congress designated Yucca Mountain in 1987 to be the eventual home for all U.S. high-level nuclear waste, and in 2002, President George W. Bush approved a measure for the Energy Department to proceed on construction. But political opposition to the project in Nevada grew, and Nevada Democrat Harry Reid's ascension as Senate majority leader in 2007 allowed him to stop it from advancing.

The result: All the waste piling up at the nation’s aging nuclear reactors will remain in storage at the plant sites, even after they retire and cease operations. And plant shutdowns may be accelerating as nuclear power suffers from competition with inexpensive wind, solar and natural gas. The U.S. has 96 operational reactors, and eight of them are scheduled to retire in the next five years.

"It’s a risk management issue," said Rep. Scott Peters, a Democrat whose San Diego district sits 45 miles from the retired San Onofre Nuclear Generating Station, which closed in 2013. "We’re rolling the dice and hoping nothing happens. The risks are borne by the people who live near these places and the risks are larger than if we moved it."

Despite Trump's promise to find an "innovative" solution, it's not clear how that will be developed. The federal government is already on the hook for $28 billion in liabilities to utilities, and it spent $15 billion before it shelved the project. Energy Secretary Dan Brouillette said the administration would create a working group, but neither DOE nor the White House had any details on such a group — and each referred questions to the other.

“The United States leads the world in the development of clean and secure nuclear energy," a DOE spokesperson said. "The Trump Administration stands committed to tackling our country’s longstanding challenge to implement a nuclear waste disposal solution which has remained unresolved for decades.”

Others fear a host of less-visible costs from the lingering stalemate in Washington that leaves the waste scattered at retired power plants across the country. Nuclear plants are often on valuable coastal real estate — retired nuclear plants in Massachusetts and Florida both sit on beaches, and one in Wisconsin sits on the shores of Lake Michigan.

"Communities that really understand the damage are those that don’t even have an operating nuclear power plant," said Rep. John Shimkus (Ill.), a senior Republican on the Energy and Commerce Committee. "They’re losing the ability to redevelop that site. And in some locations where they could get a huge return on investment."

Shimkus, a long-time advocate for moving ahead with Yucca, argues it’s hard to mobilize the public for a solution to the nuclear waste problem without unduly scaring them.

“I’m not going to be the one that raises the fear that that is not safe — it is safely stored,” he told POLITICO. “So, it’s a fine line between raising public outcry and mobilizing the public, and then scaring them that where it is right now is not safe. Well, it’s safe. So I think that’s part of the challenge.”

Republican Sens. Lamar Alexander of Tennessee and Lisa Murkowski of Alaska, who respectively chair the Energy and Water Appropriations Subcommittee and the Energy and Natural Resources Committee, argue that Trump’s tweet may provide a jolt to efforts to move bipartisan legislation that would establish a consent-based process for siting nuclear waste facilities. The law would also create a new federal organization to manage the material. 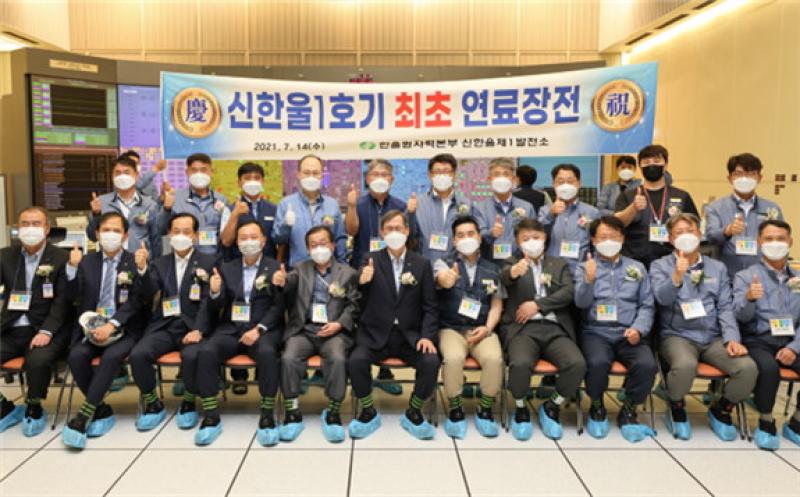