US Slaps Sanctions on Russian Oil Company Trading with Venezuela

Secretary of State Mike Pompeo said in a statement, “As the primary broker of global deals for the sale and transport of Venezuela’s crude oil, Rosneft Trading has propped up the dictatorial [President Nicolás] Maduro, enabling his repression of the Venezuelan people.”

The sanctions impose a freeze on all assets of Rosneft Trading and its chairman and president, Didier Casimiro, and impose secondary sanctions on anyone in the world doing business with the company. Those who have oil contracts with the firm have been given a 90-day deadline for severing relations.

Washington claims that Rosneft Trading has been responsible for handling 70 percent of Venezuelan oil exports since the imposition of a series of escalating US sanctions that culminated in a January 2019 measure barring any dealings with Venezuela’s state-owned oil company, PDVSA, followed by a total ban on trade with any Venezuelan state entity in August of last year.

Buying Venezuelan crude at a discounted rate, Rosneft has resold it to customers largely based in China and India, including the Indian oil giant Reliance, which operates the world’s biggest refining complex. Until now, the Indian company’s purchases of Venezuelan oil had been reported to and allowed by Washington.

The Russian firm is also providing badly needed fuel, including gasoline and diesel, which Venezuela’s own refineries are unable to supply.

Rosneft, the world’s largest oil company measured by output, has provided Venezuela with some $17 billion in loans and credit lines since 2006. Venezuela has used its oil exports to meet payments on this debt.

A US official described the latest measure as “another major step forward toward achieving maximum pressure,” i.e., suffocating Venezuela’s economy and creating as much social misery as possible in order to create the conditions for regime change in Caracas.

Rosneft denounced the sanctions as “illegal and unjustified,” insisting that in Venezuela the company “conducts exclusively commercial activities for the benefit of its shareholders and does not pursue political goals.”

It also charged that the latest US measures were “arbitrary and selective,” pointing out that they did not apply to US oil companies, including Chevron. Washington has repeatedly granted the California-based company sanctions waivers as it participates in joint ventures with PDVSA that are responsible for roughly a quarter of Venezuela’s oil production.

Significantly, the new sanctions target only the Swiss-based trading arm of Rosneft and not the Russian state-owned company itself, which has extensive worldwide interests and plays a major role on the world energy markets. The UK-based energy company BP owns a 20 percent interest in Rosneft.

While an attempt to sanction Rosneft itself would risk market disruptions and a spike in energy prices, the market barely registered the US attack on its trading subsidiary. Commerzbank, Germany’s second largest bank, issued a research note stating, “We do not believe that this will have any direct impact on the supply of oil from Rosneft.”

As for trade in Venezuelan oil, it is widely expected that Rosneft will merely shift it to another subsidiary.

Nonetheless, Moscow issued an angry rejection of the US sanctions. “Such restrictions, which we consider illegal from the point of view of international law, can in no way affect our bilateral relations with Venezuela,” Kremlin spokesman Dmitry Peskov told reporters. “On the contrary, they are evolving and will continue to evolve.”

At the end of last month, the chief of SOUTHCOM, the Pentagon’s command for Latin America, Adm. Craig Faller, described the Venezuelan government as “illegitimate” and “the most direct threat to peace and security in the Western Hemisphere,” while indicting Russia as a “malign actor” in the hemisphere, which had “projected power in our neighborhood, establishing a military footprint in Venezuela.” For his part, Russian Foreign Minister Sergei Lavrov, who traveled to Caracas earlier this month, issued a warning against a direct US military intervention in Venezuela, saying that it would provoke a civil war and plunge the entire region into crisis.

While the sanctions against Rosneft Trading may prove less than meets the eye, they nonetheless constitute a warning shot in the escalating “great power” conflict that Washington is waging against both Russia and China, in which Latin America is emerging as a significant battlefield.

Venezuelan Foreign Minister Jorge Arreaza said that he would add the latest US sanctions to a 60-page complaint that the Maduro government has filed with the International Criminal Court at The Hague, describing the US sanctions regime—initiated under the Democratic administration of Barack Obama in 2015—as a “crime against humanity” and a “weapon of mass destruction.” The Venezuelan government has estimated that the sanctions have inflicted $116 billion worth of losses on the country, while a report released last year by the US-based Center for Economic and Policy Research described them as a form of “collective punishment” against the Venezuelan people, responsible for as many as 40,000 excess deaths between 2017 and 2018 alone.

US President Donald Trump Tuesday praised what he called “very strong sanctions,” while stating that Washington is watching Venezuela “very closely.” He also described the US-backed right-wing politician Juan Guaidó as “the person who, right now, Venezuela prefers” as president, adding, “that’s what I go with.”

Guaidó returned to Venezuela last week after a tour that took him to the Davos economic forum in Switzerland and various European capitals, culminating in his appearance at Trump’s State of the Union address earlier this month, where he was given a standing ovation by both Republican and Democratic lawmakers.

Within Venezuela itself, however, the self-sworn-in “interim president” has only seen his political support plummet following the failure last April of his attempt to provoke a military coup to overthrow Maduro. Upon his return, he was greeted at the airport by an angry crowd that denounced him as a “dirty traitor.” His attempts to rally supporters since then have proven fruitless.

Guaidó hailed the latest sanctions against Rosneft Trading, declaring on Twitter, “This news is a victory!” This attitude toward US imperialist measures aimed at starving the Venezuelan population not only enjoys scant popular support, it is even rejected by sections of the Venezuelan bourgeoisie opposed to Maduro. The president of the Venezuelan Chamber of Commerce (FEDECAMARAS), Ricardo Cusanno, warned against the escalating sanctions, declaring, “The collateral damage has been extremely big,” adding that Washington’s actions seemed “more like a full on embargo [against Venezuela] than some sanctions directed at specific targets.”

While Guaidó enjoys little support, opposition within the Venezuelan working class to the Maduro government continues to grow. According to the Venezuelan Observatory of Social Conflict (OVCS), 2019 saw a record number of demonstrations and protests, 16,739 in all, with 58 percent of them staged over demands related to living standards, public services as well as cultural and environmental issues.

While generating “new business opportunities” in dollars for the so-called boliburguesía, the parasitic layer of the Venezuelan capitalist class that enjoys connections to the government and constitutes its principal social base, the masses of Venezuelan workers and oppressed are still living on vastly devalued bolivarers, unable to afford basic necessities.

Meanwhile, the Maduro government has indicated that it is prepared to privatize significant sections of PDVSA and open up Venezuelan oil to more direct and widespread exploitation by transnational oil companies. Layoffs of oil workers have already begun in preparation for such measures.

Even as Washington escalates its aggression, the bourgeois class character of the Maduro government, its rhetoric about “Bolivarian revolution” and “Twenty-first century socialism” notwithstanding, becomes all the more starkly apparent. 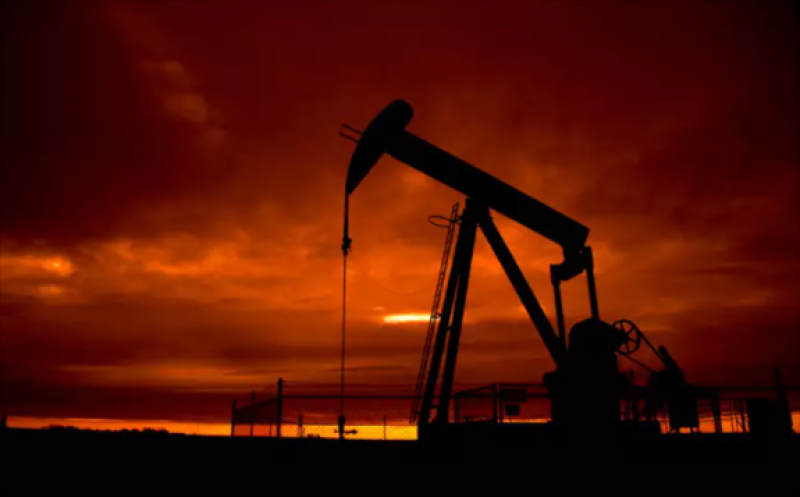 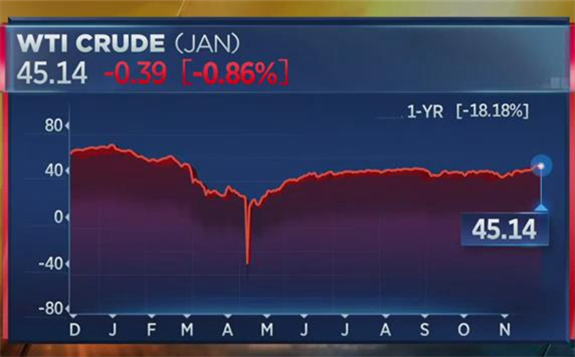 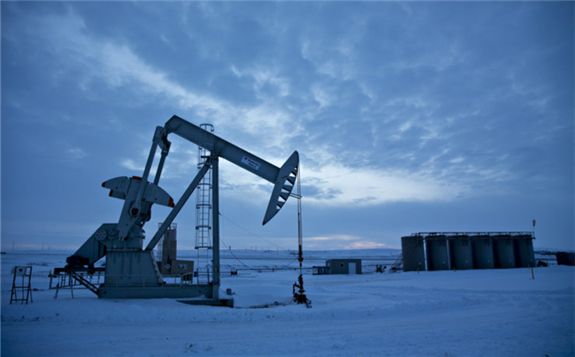 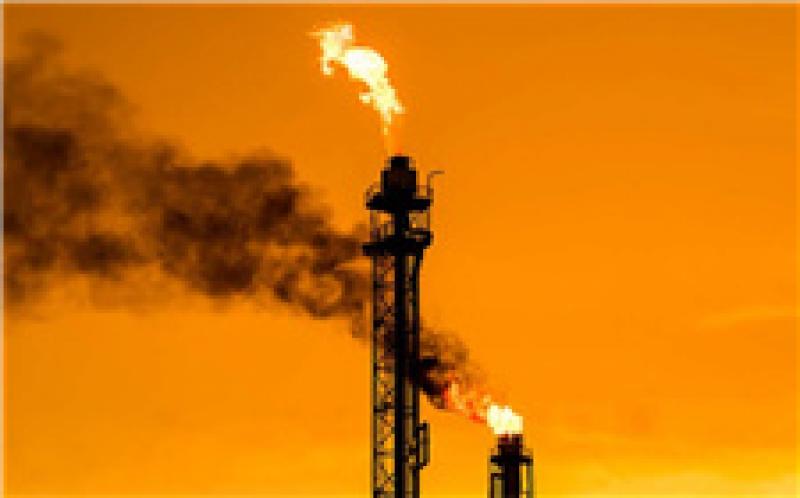