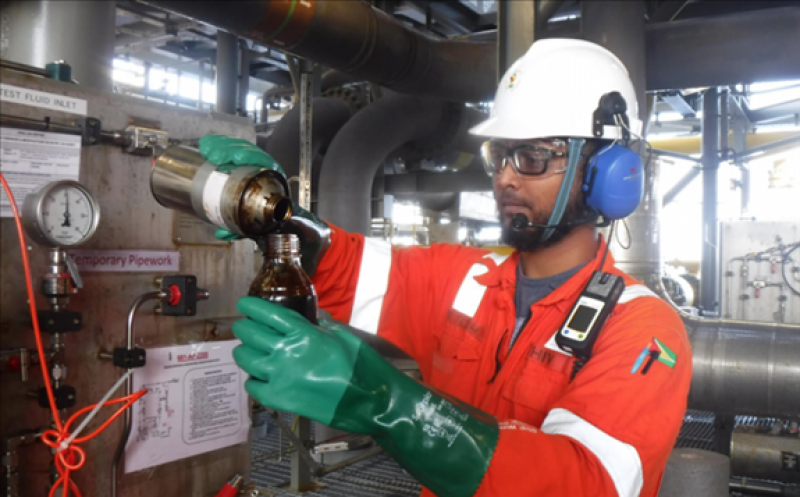 The ExxonMobil company has announced that Guyanese laboratory technician, Shivnarine Outar was the first person to test the first sample of Guyanese crude oil as it came through the Liza Destiny vessel.

The Soesdyke youth was excited about the moment and the privilege of being the first to test Guyana’s first oil.

He said “so many things can happen from that crude that is right there in front of me and I was fortunate enough to capture that moment, Nobody can take that from me right now, never!”

According to Exxon, the lab technician recalled eagerly waiting for hours to test the oil as Guyana became an oil producer on December 20, 2019

“We were making sure our apparatuses are correct, we made sure our instruments are calibrated, and our sample boards are all prepared and ready,” he related. “I had to be all suited up, as a safety precaution with a mask, gloves and boots everything, the whole nine yards just to get a sample of this Guyanese oil. The moment finally came at 9:34 pm, that’s when we got the first sample of Guyanese oil on the FPSO.” 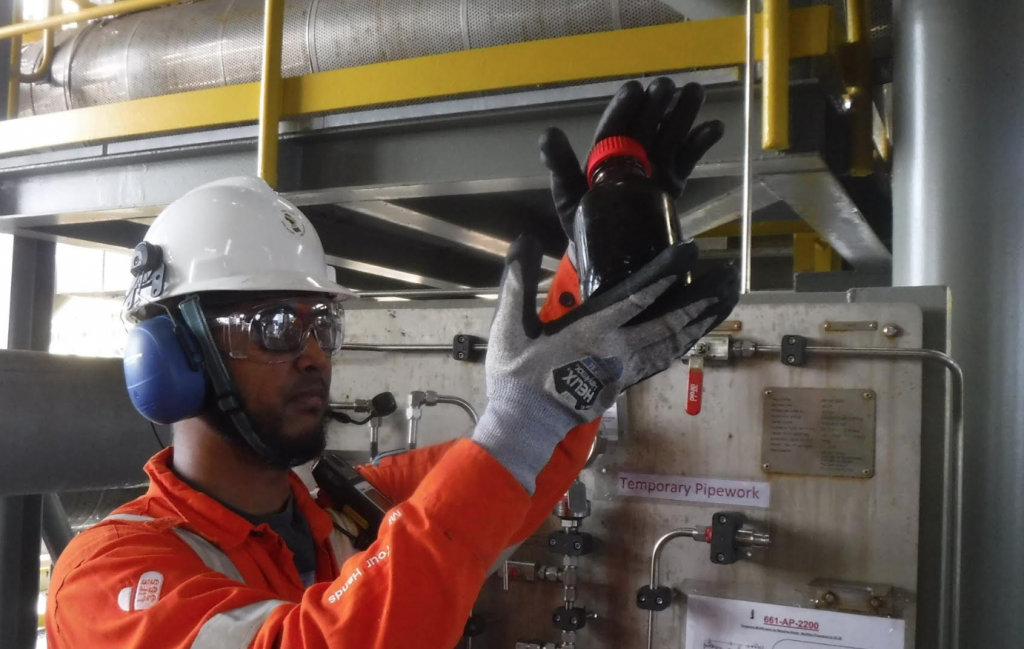 Outar said it was an unbelievable and hair-raising moment for him, explaining that he has been living in the moment ever since.

“I’m actually reliving the moment right now,” he said looking down at his arms. “I was almost emotional, it meant so much to me, and it meant so much for my family and for the Guyanese population. I looked at the oil and said ‘what the….?’ I was so proud…I am so proud right now.”

Shiv has been employed by Nalco Champion since April 2019 and rotates on to the FPSO every 28 days. He and his “back-to-back” colleague Rajiv Indarjeet entered a friendly competition over which one of them would be the one to witness first oil. “Fortunately, I was there and I can assure you he shares that moment with me. He was up waiting with me that night just to get the news.”

The two were trained in the United States, Singapore and Brazil before taking up their roles on the FPSO. They are receiving further mentorship by experienced personnel whom they will eventually replace.

From what they call the “cortex” of the FPSO, Shiv and Rajiv test the quality of Guyana’s oil against certain benchmarks. “The Guyana National Bureau of Standards (GNBS) has been doing a lot of work with the American Petroleum Institute (API) and so we are the guys on the FPSO making sure those specifications are met,” he explained.

The 28-year-old, who was once responsible for testing the quality of another of Guyana’s valuable commodities — El Dorado Rum, has a BSc in Chemistry from the University of Guyana and an MBA through Nations University.

He said he is very optimistic about Guyana’s future. 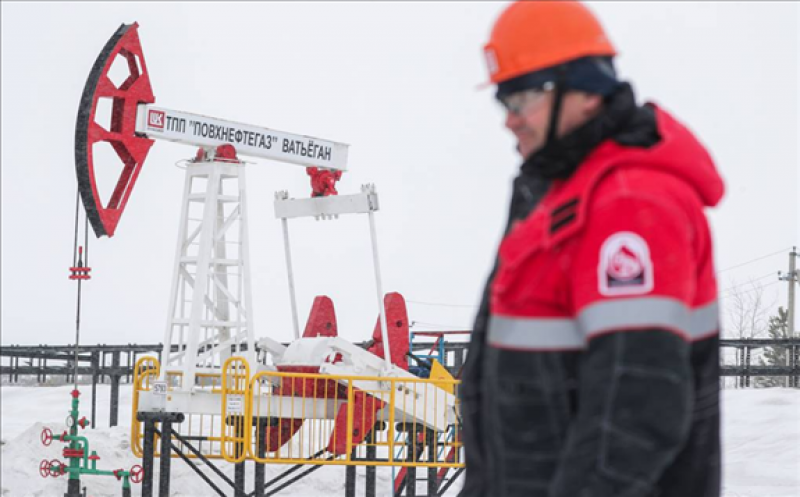 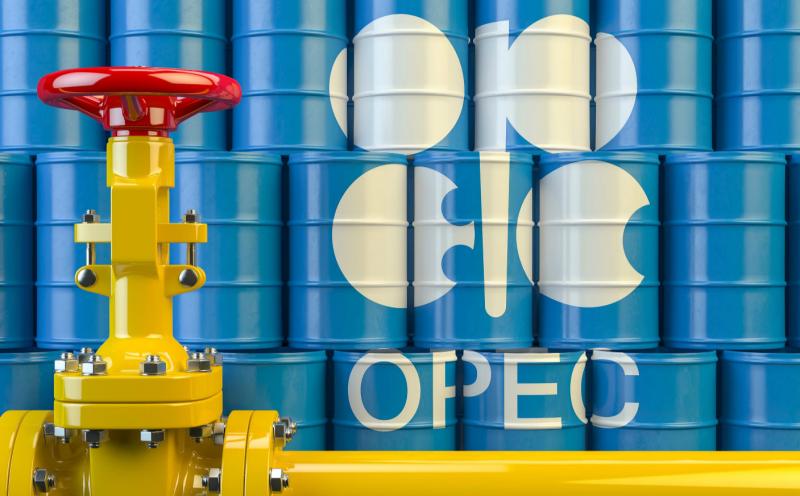 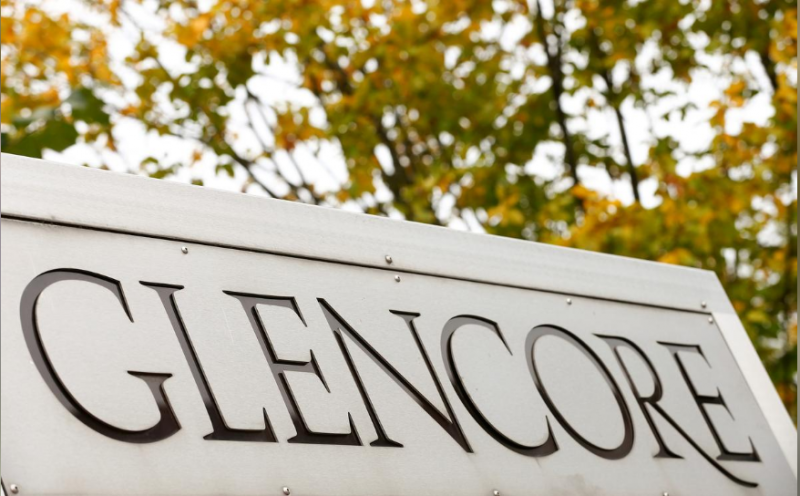 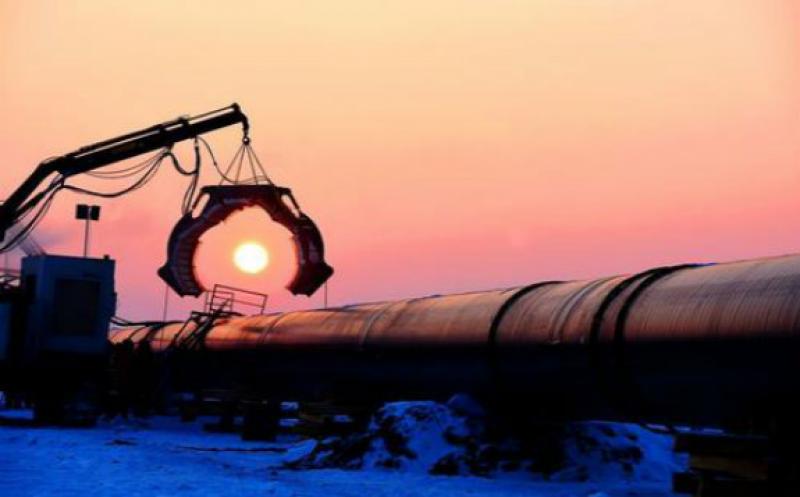 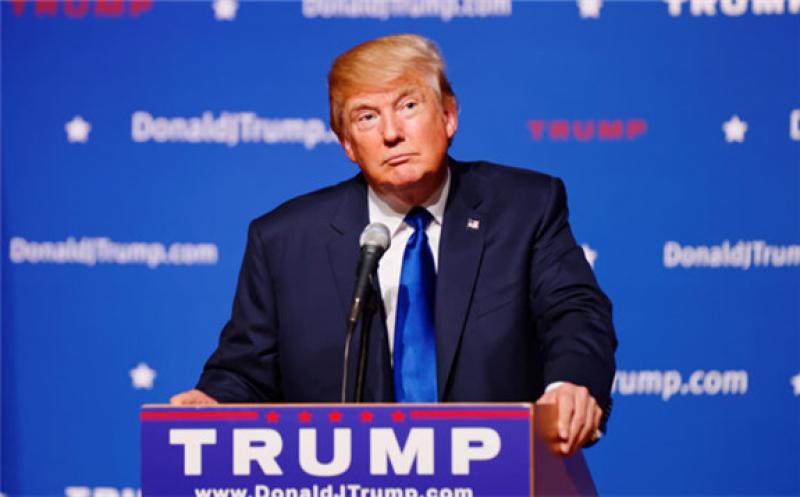 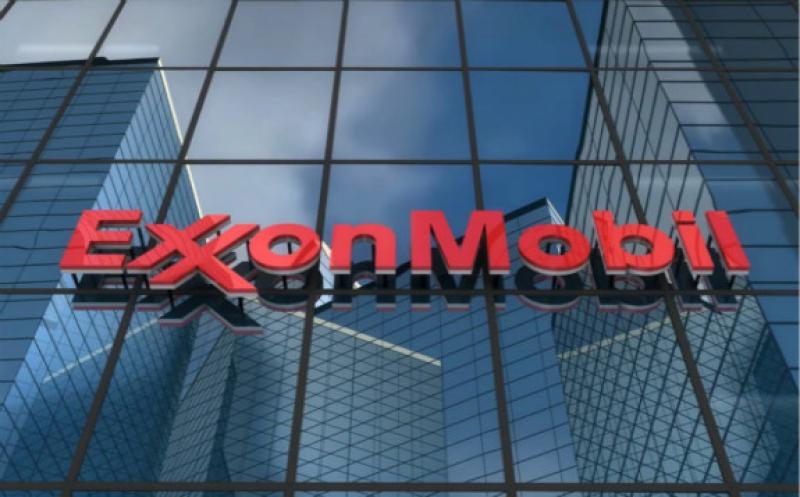 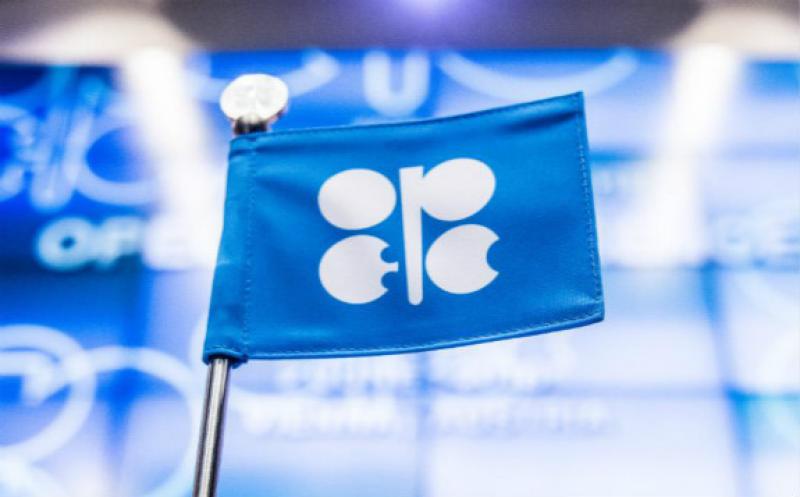