15 Jan 2020  by The Driven
The Tesla Model Y has obtained important certification from the Californian Air Resources Board (CARB), suggesting that a possible launch of the electric car maker’s next electric vehicle could come as soon as February. 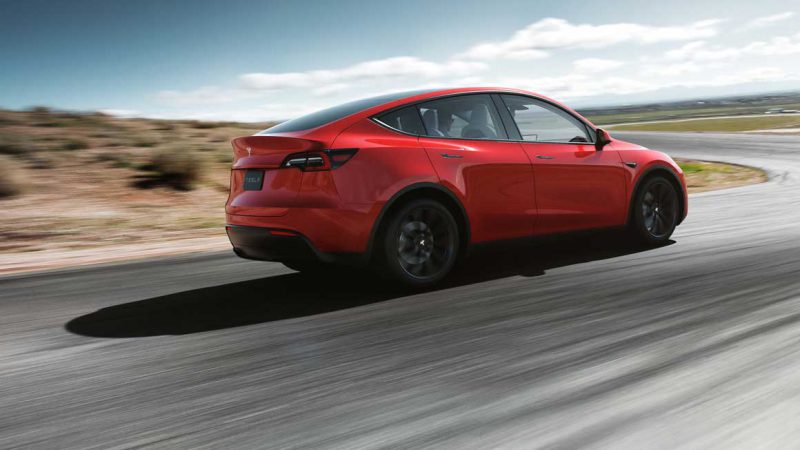 Tesla CEO and co-founder Elon Musk believes the Model Y has the potential to sell more units than the combined sales of its best-selling Model 3 electric sedan and the Model S and Model X combined. Its release into the US and then the global market is highly anticipated.

The Model Y was originally slated for a northern hemisphere fall (autumn) 2020 release, but at the company’s Q3 2019 earnings call Musk said that this had been brought forward three months to summer 2020 (ie, June-July) thanks to efficiencies that had brought development of the vehicle ahead of schedule.

As late as December 2019, however, a research note from Deutsche Bank suggested that a release date could be as soon as Q1 2020.

Now, the certification from CARB suggests that the launch could be within weeks, according to Tesla follower Alter Viggo.

As noted by Viggo: “Tesla published a Model Y CARB certificate on January 9th. Tesla signed the LR RWD Model 3’s certificate on July 3, 2017. That was 25 days before the first deliveries on July 28.”

However, the imminent release may only be for a select few: while there are three variants of the Model Y listed on the US Tesla site (it is not yet available for ordering in Australia), the only variant listed in the new certification is the Performance AWD.

As Tesla podcaster Ryan McCafferty points out, it is possible that the certification refers to Founders Series Model Ys, which will likely only be available as a Performance variant.

Also of note is the driving range given by the certification, which is done by CARB using the UDDS cycle and is always higher than real world driving range.

The UDDS (Urban Dynamometer Driving Schedule, a US Environmental Protection Agency mandated dynamometer test on fuel economy that represents city driving conditions which is used for light duty vehicle testing) range for the Model Y is given as 441.91 miles (709km). 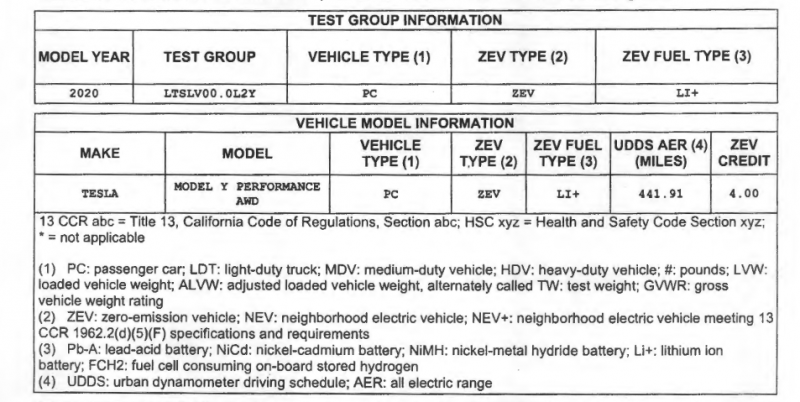 As pointed out by automotive writer Bozi Tatarevic: "UDDS Range is only used for the purpose of the certificate and not real world range. It roughly translates to real world city range with a multiplier of 0.7 so this would mean an estimate of around 309 miles (500kms) of city range for the Model Y."