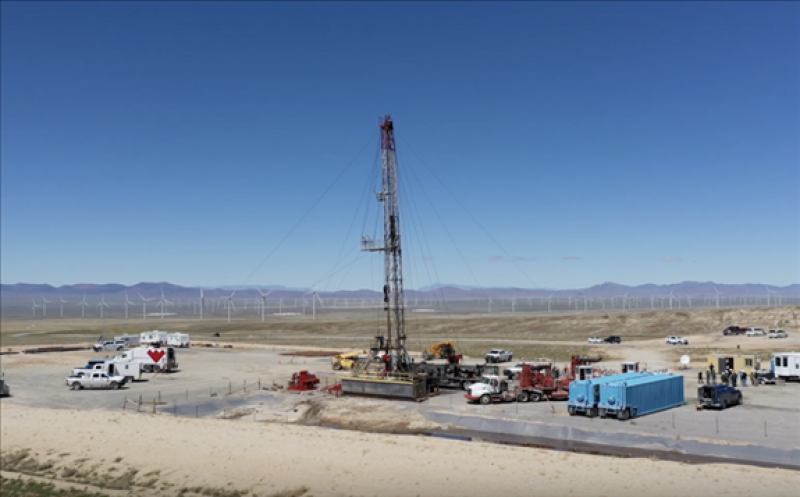 The U.S. Department of Energy has announced the recipients of $7 million funding to help decrease the cost of geothermal drilling operations and field development.The U.S. Department of Energy (DOE) has announced the selected three new projects to receive up to $7 million to research and develop innovative technologies that will reduce the cost of geothermal drilling operations and field development, which is a key step toward achieving geothermal energy’s full resource potential as outlined in the DOE GeoVision study. The selected projects will focus on two significant barriers: understanding the state of stress in the subsurface, and mitigating lost circulation events (LCEs) in drilling.

The projects selected by the Office of Energy Efficiency and Renewable Energy’s Geothermal Technologies Office (GTO) include:

University of Wisconsin-Madison: WHOLESCALE — Water & Hole Observations Leverage Effective Stress Calculations and Lessen Expenses (Madison, WI): The goal of the WHOLESCALE project is to establish a protocol that can simulate the spatial distribution and temporal evolution of stress in a geothermal system. The team will develop an integrated technology that incorporates and interprets data from four methods of measurement into a multi-physics model that couples hydrological, thermal, and mechanical processes over spatial scales ranging from the diameter of a borehole to the extent of an entire field.

The subsurface state of stress dictates fracture networks that provide the required permeability for a geothermal reservoir; thus an increased understanding of the stress state is valuable for siting wells during geothermal energy development. Lost circulation events (LCEs) can occur during drilling when fluids pumped from the rig through downhole drilling equipment are “lost” and flow into geological formations instead of returning to the surface to complete a circulation path. Innovative technologies that characterize subsurface state of stress and mitigate LCE issues will reduce geothermal exploration and drilling costs, making geothermal a more viable and accessible energy source.