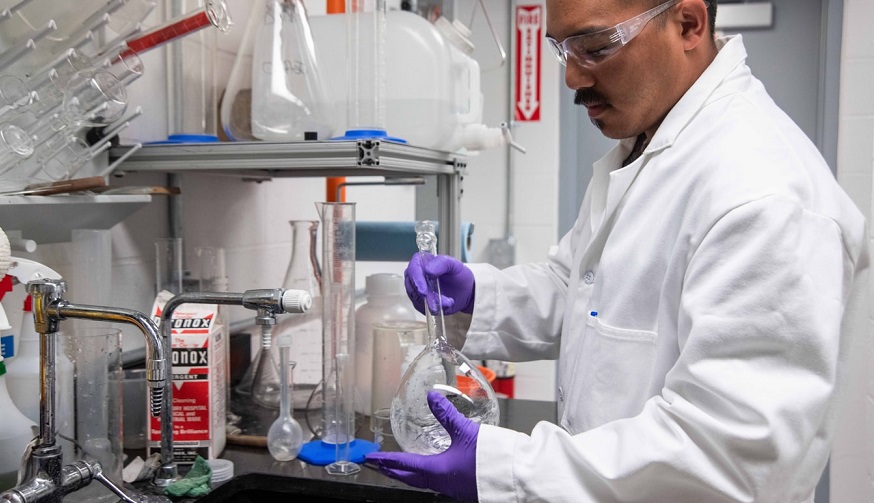 For the first time, researchers at the Department of Energy’s SLAC National Accelerator Laboratory and Stanford University have shown that a cheap catalyst can split water and produce hydrogen gas for well over 1,000 hours in the harsh environment of a commercial device. Such a success is good news for the slow-going clean hydrogen industry.

The technology is based on polymer electrolyte membrane (PEM).

Based on PEM, the electrolyzer tech has the potential for large-scale renewable-powered hydrogen production. However, scientists have been struggling to find an alternative catalyst to platinum and iridium. While both are effective catalysts because they boost the efficiency of the necessary chemical reactions and can handle the harsh environment of commercial fuel cells, they are precious metals and are, therefore, expensive.

The device created by the researchers was manufactured by a PEM electrolysis research site and factory in Connecticut for Nel Hydrogen, which is the oldest and largest manufacturer of electrolyzer equipment in the world, ScienceDaily reports.

Instead of using a platinum catalyst on the hydrogen-generating side, the Nel Hydrogen team used a cheaper catalyst composed of cobalt phosphide nanoparticles deposited on carbon to form a fine black powder. This powder was generated by the researchers at SLAC and Stanford. This cheap catalyst functions like other catalysts in that it brings together chemicals and encourages a reaction.

The researchers study was published in the journal Nature Nanotechnology.

The cheap catalyst worked efficiently for over 1,700 hours.

The researchers ran a test using the cobalt phosphide catalyst and, throughout the full duration of the test, which was more than 1,700 hours long, the catalyst operated tremendously well. With such a successful test, this indicated that the catalyst may be robust enough for long-term everyday use in reactions that occur at elevated temperatures, in extremely acidic conditions, as well as at high pressures and current densities.

Hydrogen gas is an extremely important industrial chemical for making fuel and fertilizer and many other important products. The cheap catalyst shows a lot of promise in making clean hydrogen production a reality on a commercial scale. However, the researchers say that the cobalt phosphide catalyst still needs to be improved and scaled up for its efficiency to be on par with a catalyst like platinum.