27 Nov 2019  by Bioenergy International
In Germany, SFC Energy AG, a leading provider of direct methanol and hydrogen fuel cells for stationary and mobile hybrid power solutions, has announced that it has received a framework contract from cooperation partner adKor GmbH, for the delivery of hydrogen fuel cells for radio tower sites in several German federal states. 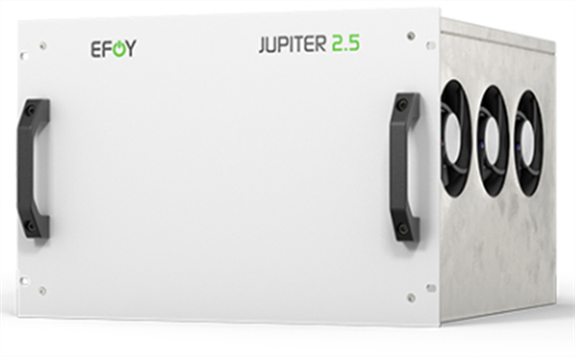 The framework contract runs until the end of 2021 and has a total order volume of approximately EUR 1.8 to 5.3 million, depending on installation and commissioning by the federal states.

SFC Energy has over 15 years of experience in industrial serial production of fuel cells for a wide range of demanding applications requiring reliable 24/7 operation, often in extremely challenging environmental conditions.

At critical radio tower sites, operators have to ensure a minimum of 72 hours of power autonomy for their radio systems at any time, to safeguard the radio communication of critical users during power blackouts.

The fact that several federal states of Germany have opted for our hydrogen fuel cells to provide reliable emergency back-up power to their critical infrastructures clearly proves the attractiveness of this environmentally friendly, innovative technology, said Hartmut Kordus, Managing Director of adKor GmbH.

Hydrogen fuel cells offer many advantages over other emergency back-up power solutions: They feature high availability and operational capability at low operational cost and – other than for example diesel generators – silent operation, free of any emissions or particulate matter (PM).

Looking forward, there are plans to equip up to 1 500 radio tower sites all across Germany. This first nationwide programme demonstrates the increasing importance of hydrogen fuel cells as a valid and reliable alternative to conventional diesel generators to provide power to critical infrastructures. We see major potential for them as power and back-up power sources also in many other industrial applications, for example, rail and transport monitoring, data centers and transformer stations, and telecommunication equipment said Dr Peter Podesser, CEO of SFC Energy.