The discovery of gases released from deep beneath the earth’s crust could help to explain Southern Africa’s unusual landscape, a study suggests. 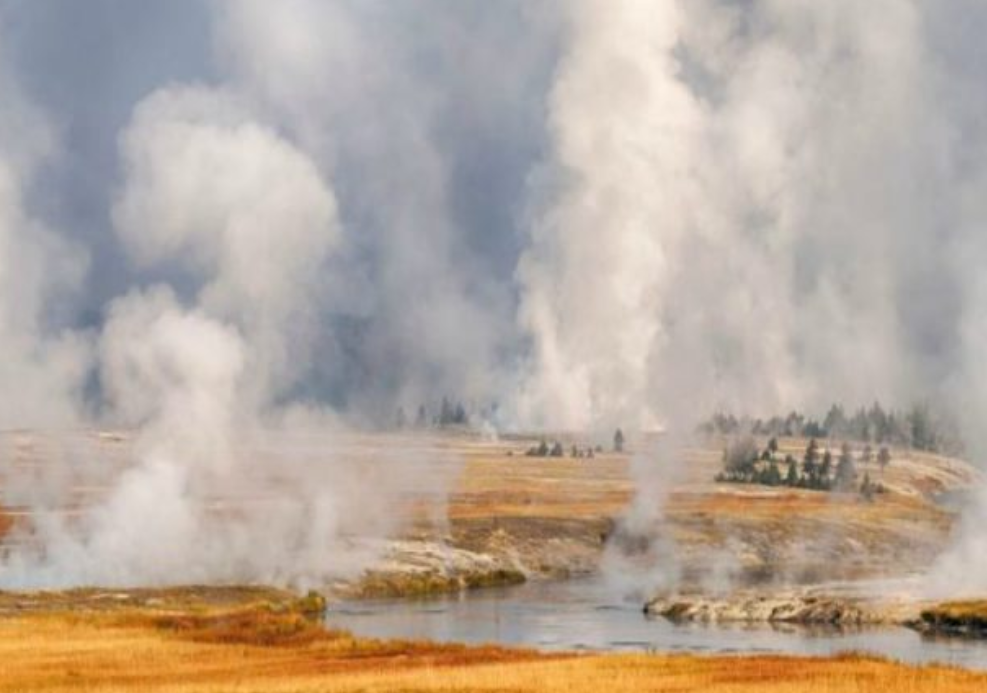 Scientists have long puzzled over why areas such as South Africa’s Highveld region are so elevated and flat, with unexpectedly hot rocks below the surface.

Geologists have revealed that carbon dioxide-rich gases bubbling up through natural springs in South Africa originate from a column of hot, treacle-like material – called a hotspot – located deep inside the earth.

In South Africa, the hotspot pushes the crust upwards, generating the distinctive landscape, which consists mostly of tablelands more than one kilometre above sea level, the researchers say.

This also explains why rocks beneath the region are hotter than expected – a property that could be harnessed to generate geothermal energy.

A team led by scientists from the University of Edinburgh analysed the chemical make-up of gas emerging from a deep crack in the earth’s crust located in KwaZulu-Natal, South Africa.

They found that variants of helium and neon present in the gas match the composition of a rocky layer 1,000 km below earth’s surface – called the deep mantle.

The findings provide the first physical evidence that Southern Africa lies on top of a plume of the abnormally hot mantle, which had until now only been theorised using computer modelling of seismic data.

The study, published in the journal Nature Communications, was funded by the Engineering and Physical Sciences Research Council and the Natural Environment Research Council.

Dr Stuart Gilfillan, of the University of Edinburgh’s School of GeoSciences, who led the study, said: “The high relief and hotter than expected subsurface temperatures of the rocks beneath Southern Africa had been a puzzle for geologists for many years.

“Our findings confirm that carbon dioxide gas at the surface is from a deep mantle plume, helping to explain the regions unusual landscape.”