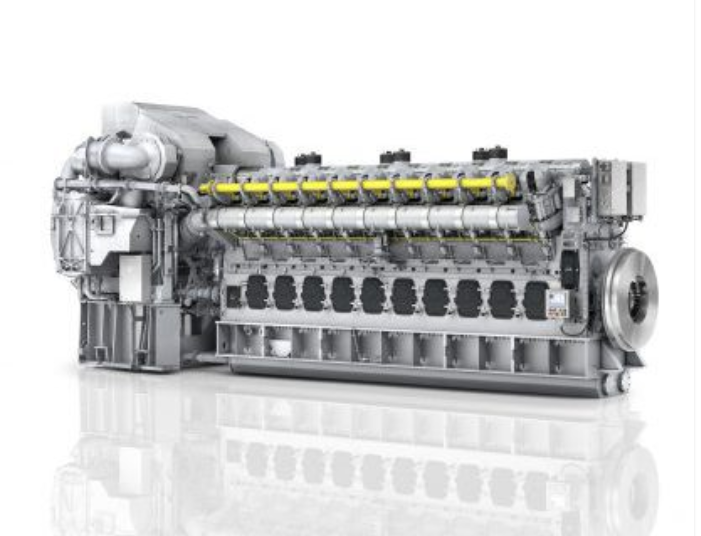 The orders represent the first part of a recent framework agreement between the two companies for the supply of 20V35/44G TS natural-gas reciprocating engines to Statera’s UK power plants. Twenty-four such engines, the first of their kind to be deployed in Britain, will deliver a total of 300 MW of highly efficient back-up power to the national grid, and will be installed in six new power plants over the course of the next 18 months.

“As a global pioneer, the UK is the first among the world’s leading industrial nations to commit itself to a zero-emission target; MAN Energy Solutions is proud and honored to be part of such an important initiative,” said Wayne Jones, OBE, chief sales officer of MAN Energy Solutions. “Our gas engines provide market-leading fuel efficiency and saving fuel ultimately means cutting emissions. As soon as it is available, the engines can also be operated on synthetic natural gas, a fuel that can be generated from renewable energy and is 100% climate neutral. Studies expect the production of such green gas to ramp up within the next 10-15 years. In this way, Statera’s new plants are future-proofed and have the potential to contribute to a fully decarbonized economy.”

The United Kingdom’s commitment to reach net zero carbon emissions by 2050 means that weather-dependent, intermittent, renewable sources of energy – such as wind and solar – will need to be deployed at scale over the coming years. As a result, balancing the supply and demand of electricity will become increasingly challenging as back-up forms of generation will need to respond rapidly to fluctuations in the output of renewable sources of power. Aurora Energy Research predicts that by 2050, 50 TWh of back-up power will be needed to support renewables which will represent around 9% of the energy mix. In all its Future Energy Scenario analysis, National Grid predicts that gas will play a key part in meeting this requirement.

Statera’s new plants mark an innovative step-change in the way natural gas can be used to meet the urgent nature of an energy deficit or peak demand on the UK electricity network when compared to Combined Cycle Gas Turbine (CCGT) power plants. MAN said the Statera plants can reach full capacity from standby within around five minutes (versus 60 minutes minimum for a CCGT) and their design has been optimised to be the most efficient way of turning natural gas to electricity for short runs of four hours or less. Analysis conducted by Aurora Energy Research predicts that the most common duration requirement for back-up power to support the renewable energy mix by 2050 will be for under four hours, which is why these new power plants are essential to meet this changing need. In addition, each of Statera’s power plants will be fitted with a selective catalytic reduction (SCR) unit, which will ensure that exhaust emissions are not only within Environment Agency limits but are consistent with levels already measured in the atmosphere.

“The UK has set some of the most ambitious carbon and sustainability targets in the world, which will require a fundamental rethink of the way energy is produced, stored, and used,” said Tom Vernon, managing director of Statera Energy. “Renewables are going to be the dominant source of power in the future, and while batteries will balance the grid for daily fluctuations in supply and demand, flexible gas generation will play a crucial role in efficiently guaranteeing security of supply for those prolonged periods where there is low renewable generation. Statera’s mission is to improve the efficiency of the current level of gas deployment using technology where the best flexibility and response times can be delivered. This will replace less efficient and less responsive gas and allow further development of renewables. We are very pleased to be working with MAN Energy Solutions who has developed an engine that we believe is truly best in class and leads the way in using Natural Gas and Synthetic Natural Gas to create electricity with maximum flexibility and efficiency.”

Each of the new plants consists of four MAN 20V35/44G TS-type gas engines that can be introduced to – or removed from – service as required, offering customers optimal operational and market-oriented flexibility.

The MAN 20V35/44G TS is a spark-ignited, two-stage turbocharged gas engine. Engines with two-stage turbocharging come with both a low-pressure and high-pressure compressor, which work connected in series to deliver improved power density and efficiency. Such a set-up significantly reduces fuel consumption and emissions, and offers a more compact plant design. MAN Energy Solutions said it is the only large engine manufacturer that designs and builds its own turbochargers, ensuring a perfect match with the engine. The engine has a bore and stroke of 350 X 440 mm and offers up to 12.4 MW.

MAN Energy Solutions is the leading provider of gas-engine power plants in Europe, including the key market of Germany, where the company commissioned power plants in Stuttgart-Gaisburg and the town of Schwäbisch Hall in 2018. The company is currently establishing additional plants with gas engines from its 35/44 series in the cities of Frankfurt (Oder), Jena and Chemnitz.