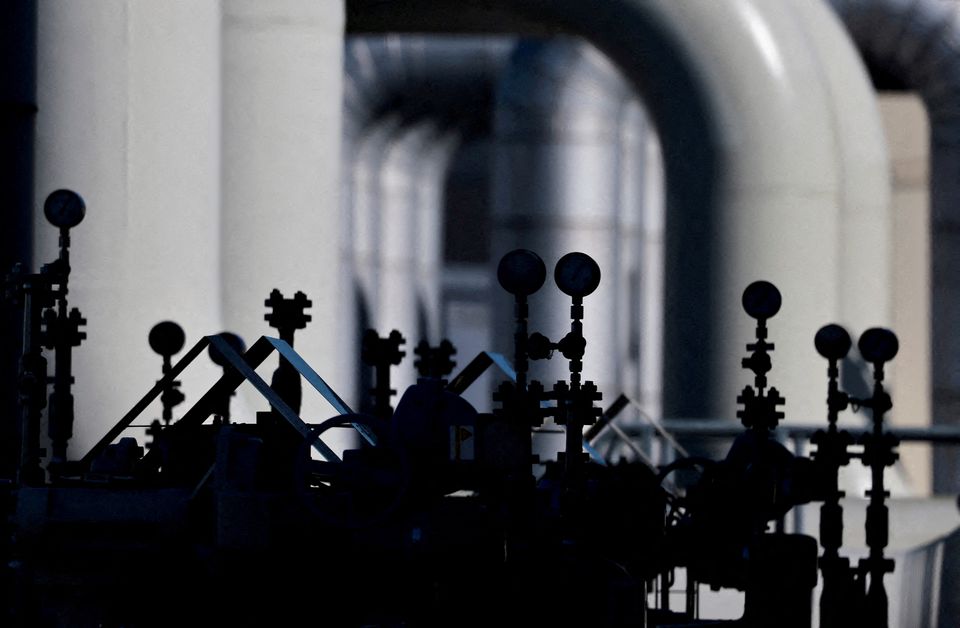 Pipes at the landfall facilities of the 'Nord Stream 1' gas pipeline are pictured in Lubmin, Germany, March 8, 2022. REUTERS/Hannibal HanschkeGerman natural gas import costs rose by 164% in the first seven months of 2022 from a year earlier, even though imports were down by 25.5%, official monthly data showed on Wednesday.

The July statistics from Germany's foreign trade office BAFA are the fifth to reflect the impact of the war in Ukraine, which began on Feb. 24, and Western sanctions against what the Kremlin calls a "special military operation."

Europe's biggest economy was more reliant than many others in Europe on Russian gas, mostly supplied via the Nord Stream 1 pipeline that Russia halted, blaming Western sanctions while European politicians say Russia is weaponising energy.

Pipeline gas from Norway, the Netherlands, Britain and Denmark as well as providers of liquefied natural gas (LNG) on board ships have started playing a greater role.

Energy traders monitor the imports because supply and demand affect wholesale market prices and volumes while effects of the supply shortages have also spread to industry, and contribute to inflation and recessionary trends.

Gas data also correlates with coal, as both compete in the production of electricity, while also giving clues about demand for mandatory European Union carbon emissions permits.

As supply disruptions propelled gas prices to record highs, Germany's import bill increased to 38.3 billion euros ($37.86 billion) in the seven-month period, compared with 14.5 billion euros in the same period of 2021, the data showed.