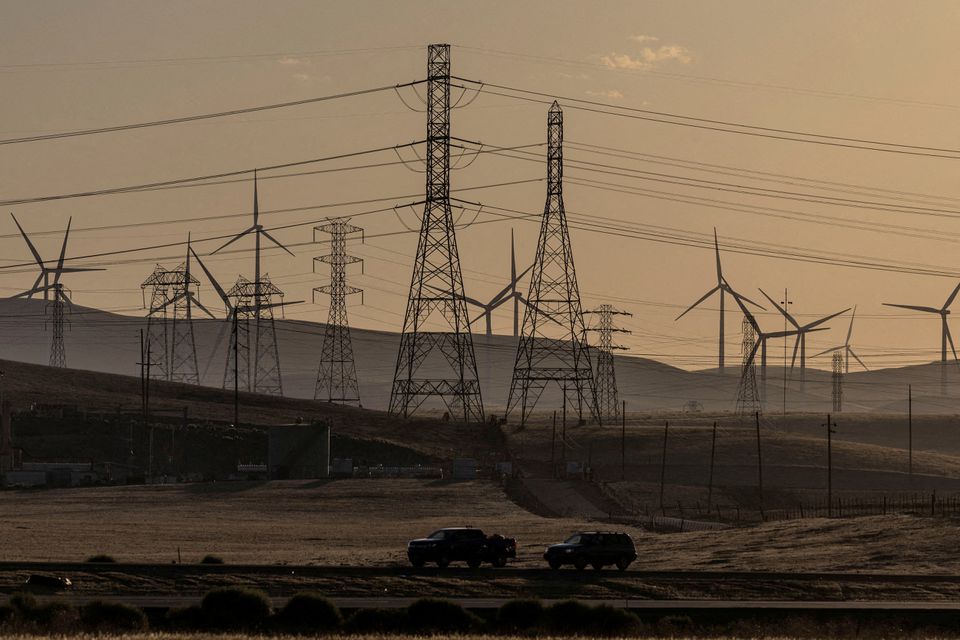 A view of windmills and power lines, as California's grid operator urged the state's 40 million people to ratchet down the use of electricity in homes and businesses as a wave of extreme heat settled over much of the state, near Tracy, California, U.S., August 17, 2022. REUTERS/Carlos Barria

During an extreme heat wave in early September, the California power grid relied on natural gas for almost half of its electricity generation to meet peak demand, the U.S. Energy Information Administration (EIA) said on Wednesday.

For brief periods during the week of Sept. 4, natural gas accounted for up to 60% of the California Independent System Operator (CAISO) fuel mix, compared with 32% for the year prior to the record-setting demand week, the EIA said.

During the hours between 5 p.m. and 9 p.m., when cooling demand peaks and solar energy output wanes, the share of natural gas in the mix rose to more than half for the week of Sept. 4, CAISO data showed.

Meanwhile, the share of lower carbon-emitting sources, such as solar, wind and nuclear, dropped to 24% for the week of Sept. 4, from 40% for the year up to that week, the data showed.

The grid operator avoided rolling outages by urging customers to conserve energy for 10 consecutive days through the heat wave, as homes and businesses in the drought-stricken region cranked up their air conditioners.