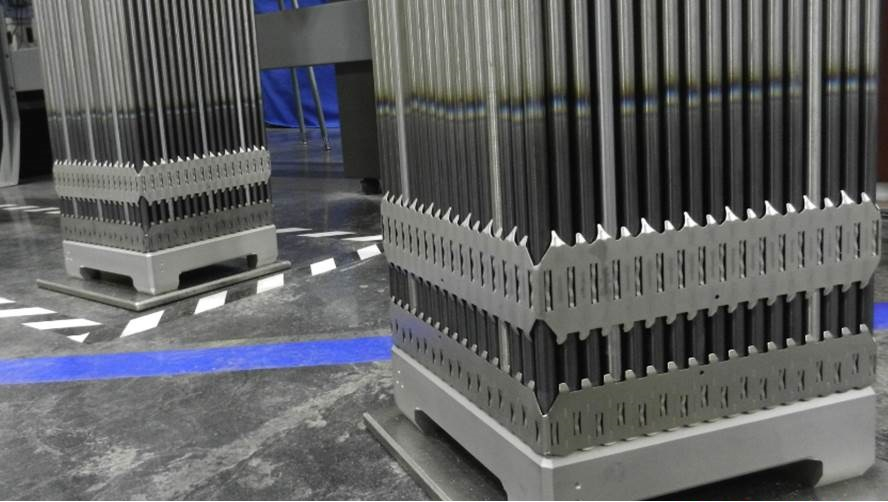 Westinghouse Electric Company and EDF are partnering to explore the capabilities of Westinghouse’s EnCore enhanced Accident Tolerant Fuel (ATF) technology. The study will use Westinghouse EnCore fuel in an EDF reactor for potential deployment across the EDF nuclear fleet after 2030.

The company would deliver assemblies with lead test rods (LTR) to EDF from its fuel fabrication facility in Västerås, Sweden by 2023. The initiative includes the licensing, qualification, fabrication, delivery and operation of the LTR in an EDF 1300 MWe reactor.

Westinghouse also will conduct a post-irradiation exam to verify the enhanced accident tolerance features in EDF’s reactors under operating conditions.

Framatome, Westinghouse, and General Electric are all currently working to have their accident tolerant fuels ready for batch loading by the mid-2020s and with commercial widespread adoption by 2030.

Under the DOE program, Westinghouse is testing uranium silicide fuel pellets for the first time in a commercial reactor. They use a mixture of uranium and silicon instead of uranium and oxygen to achieve a higher density of uranium atoms per pellet. This leads to longer operation times, increase power outputs and high burnups.

GE developed IronClad fuel with support from DOE’s Oak Ridge National Laboratory. It uses a combination of iron, chromium and aluminum for its fuel cladding to improve the fuel’s behavior under extremely high temperatures. The steel material is intended to have a lower oxidation rate when exposed to high temperature steam, improving the safety margins over zirconium cladding currently in use.

The company is also testing a second fuel and cladding concept known as ARMOR. This coated zirconium cladding was developed outside of the DOE program but is now an integral part of the program.

Framatone is testing chromium-coated cladding and chromia-doped fuel pellets. The special coating is designed to protect the fuel cladding from damage and oxidation at higher temperatures. The new fuel pellet mixture of chromium oxide and uranium oxide powders is expected to help the pellet last longer and perform better at high temperatures.

DOE is providing irradiation and safety testing, along with advanced modeling and simulation, to help these companies qualify their fuels with the U.S. Nuclear Regulatory Commission.