US Natural Gas Hits Highest Level Since 2008, on Pace for Best Month Ever as Russia Cuts Supply 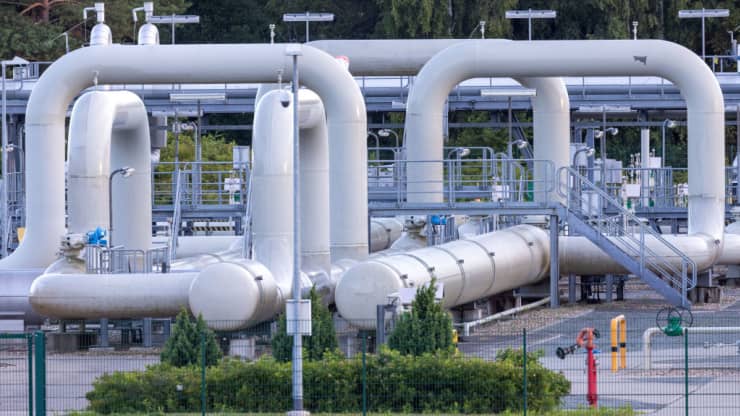 Natural gas prices are surging around the world as scorching temperatures stoke demand for the fuel, and as Europe’s push to move away from Russian fuel roils global energy markets.

U.S. natural gas futures surged more than 11% at one point on Tuesday to $9.75 per million British thermal units (MMBtu), the highest level since July 2008. The contract drifted lower over the course of the day, ending the dat at $8.99 per MMBtu for a gain of 3.05%.

Natural gas is now up roughly 66% for July, putting it on track for the best month going back to the contract’s inception in 1990.

“Although the magnitude and speed of recent natural gas price gains point to contributing non-fundamental market dynamics, supportive fundamentals are nonetheless the primary driver,” EBW Analytics Group wrote in a note to clients.

The contract for August delivery expires Wednesday, which is heightening volatility ahead of the roll. Volume is typically thin ahead of expiration, which means that individual trades can lead to outsized market moves.

David Givens, head of natural gas and power services for North America at Argus Media, added that production growth this year has been “pitifully small.”

“There are significant pipeline constraints that are creating price disparities in the physical markets that we have not seen before,” he noted.

In Europe, Dutch TTF natural gas futures jumped 19.8% to 211.70 euros per megawatt hour, the highest level since March. The move follows a 10% gain on Monday after Gazprom said it would further reduce flows through the vital Nord Stream 1 pipeline.

Beginning Wednesday, the pipeline will operate at just 20% of its capacity. Gazprom has said the cuts are related to turbine maintenance.

“This is not the end of Russia’s weaponization of natural gas flows, in our view, and there remain few near-term alternatives for even current reduced flows to the [European Union] — lending [to] ongoing upside price risks,” RBC wrote last week in a note to clients.

EU countries on Tuesday reached a deal to voluntarily reduce gas consumption by 15% starting next month. In an emergency, the suggested cuts would become mandatory.

“The purpose of the gas demand reduction is to make savings ahead of winter in order to prepare for possible disruptions of gas supplies from Russia that is continuously using energy supplies as a weapon,” the bloc said in a statement.