13 Jul 2022  by smart-energy.com
Iberdrola has started up Gorman, its first commercial-scale battery system in Ireland.

The 50MW facility with 25MWh of power capacity is also the first renewable project built by the company in Ireland in more than 25 years. 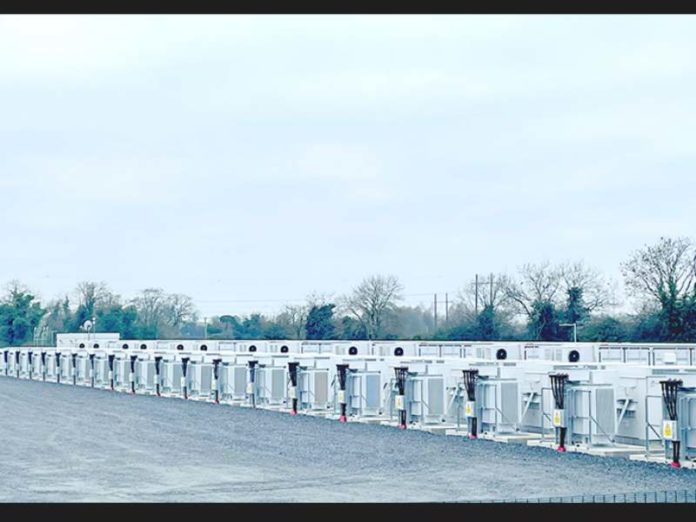 Located in County Meath, in the east of Ireland, the system is made up of more than 4,000 modules in 16 containers, which occupy an area the size of a football pitch.

According to Iberdrola, the project is the first of its kind in Ireland and required an investment of €28 million ($28.3 million).

The clean energy and smart grid developer stated how the battery’s commissioning marks the culmination of the main initiative of the DS3 programme developed by Ireland’s two transmission grid operators – EirGrid and SONI – to reinforce the grid in the face of increased renewable generation.

It will serve EirGrid for six years, contributing to the security and sustainability of the Irish electricity grid and the achievement of the Irish Government’s 2050 emissions neutrality target.

With Ireland stated as one of the company’s main platforms for growth in renewables, Iberdrola plans to expand this storage system in the future to double its capacity to 100MW.

The group also plans to invest up to €100 million ($100 million) in new onshore renewable and storage projects in Ireland by 2025. Iberdrola’s initiatives in Ireland include the repowering and hybridisation with batteries of the Barnesmore wind farm in County Donegal (Ireland), Rigged Hill, Corkey, Elliots Hill and Callagheen in Northern Ireland.

Storage systems are being increasingly recognised as pivotal to a successfull energy transition.

The are expected to become an essential element in the electricity system as they improve the quality of electricity supply, ensure grid stability and reliability by balancing supply and demand and guarantee the availability of additional green power when needed.