Sandia Researchers Test Explosives for the Expansion of Geothermal Energy

23 Jun 2022  by azocleantech.com
Why are scientists setting off small-scale explosions inside 1-foot cubes of plexiglass? They're watching how fractures form and grow in a rock-like substance to see if explosives or propellants, similar to jet fuel, can connect geothermal wells in a predictable manner. 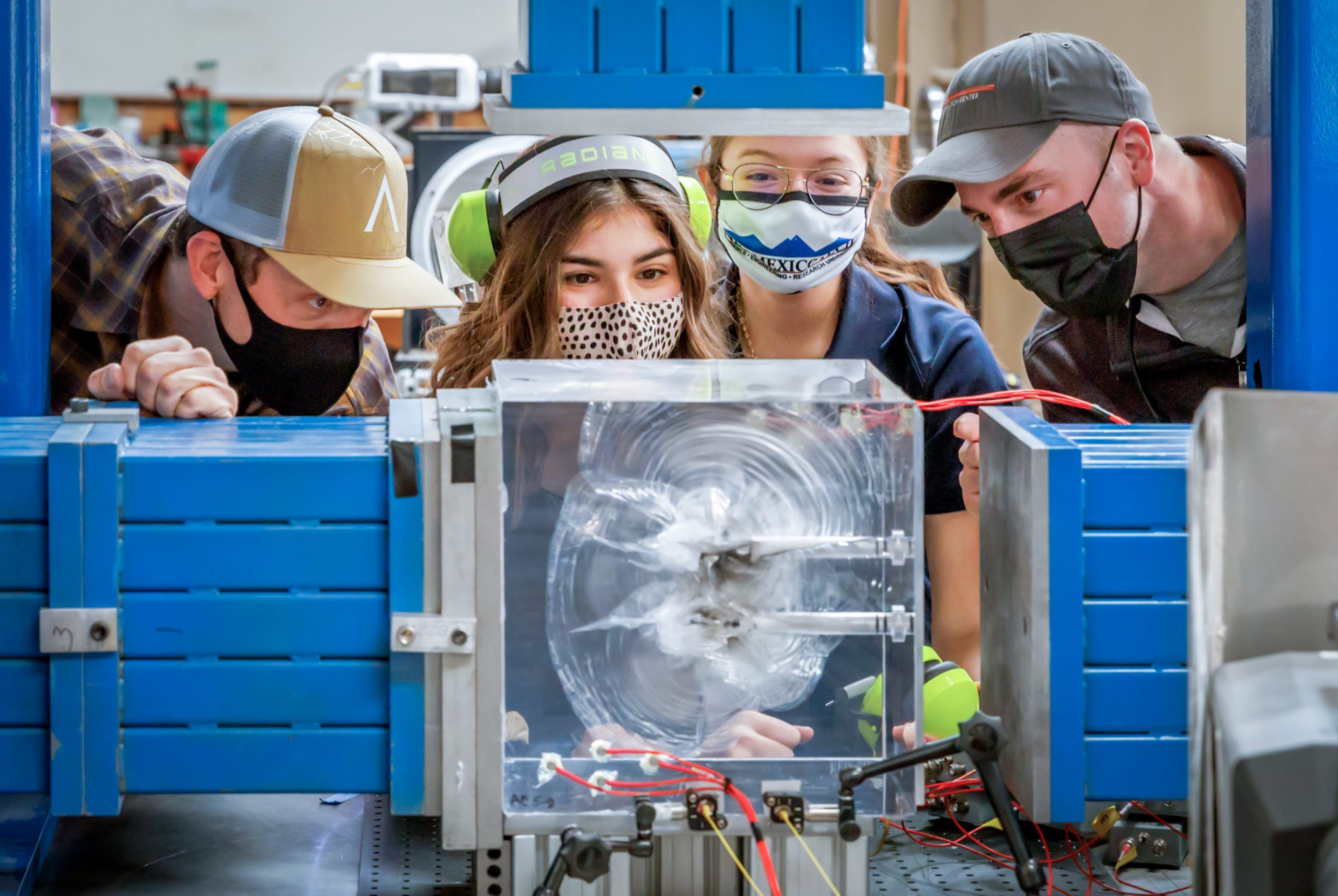 Geothermal energy has a lot of promise as a renewable energy source that is not dependent on the sun shining or the wind blowing, but it has some challenges to wide adoption. One challenge is that there are only a few places in the U.S. that naturally have the right combinations of hot rock close to the Earth's surface with available underground water. Another challenge is the initial start-up cost of drilling and connecting geothermal wells. Eric Robey, a Sandia National Laboratories mechanical engineer, is leading a team to explore if explosives can reduce those two challenges.

"Our goal was to come up with a new way of creating a geothermal fracture network that you have a clear idea where it is going to go -; it's steerable and manageable -; and you are utilizing fewer resources and being more environmentally friendly," Robey said. "This is where explosives and propellants come in. The idea is that they'll allow us to get away from pumping a lot of fluid down the wells. We're collaborating with Lawrence Livermore National Laboratory to model the explosions and improve the predictability of forming fracture networks."

Starting with 1-foot cubes of plexiglass, which mimic many of the properties of rock, the team watched the explosion shock wave ripple through the cube and listened with specialized microphones to the formation of tiny fractures. The team is using the information on the location of the fractures and the timing of fracture formation to refine existing computer models of underground explosions.

Enhanced geothermal systems have the potential to power 100 million homes, according to the Geothermal Technologies Office.

"They're finding out it's a difficult problem to get fractures to go where they want them," Robey said. "The goal of our project is to see if we can steer the formation of fractures a bit more."

Using plexiglass cubes with small amounts of explosives or propellants ignited in the center, the research team can watch small-scale explosions ripple outward with ultra-high-speed cameras while monitoring the formation of tiny fractures using other sensors. Surprisingly, the mechanical properties of plexiglass are quite similar to granite at about 750 degrees Fahrenheit, said Oleg Vorobiev, a computer model expert at LLNL. To further mimic the properties of hot, hard rock deep underground, the team, including Sandia technologist Joe Pope, applied dozens of tons of pressure to the plexiglass cubes to stress the material and see how the stresses impact fracture formation, Robey said.

Working with Michael Hargather's group at the New Mexico Institute of Mining and Technology in Socorro, the team watched the explosive shock wave ripple through the plexiglass using schlieren imaging, a technique that uses ultra-high-speed cameras and mirrors to "see" the differences in density.

These differences can be caused by the compression of a shock wave or even differences in temperature like shimmering air over a hot highway, said Sivana Torres, a doctoral student in Hargather's group who conducted the experiments at the Energetic Materials Research and Testing Center. For these experiments, the team recorded the explosions at 1 million frames per second.

"This project has been a really cool experience: Being able to be my own test engineer and being able to visualize the shockwave propagating through plexiglass," Torres said. "One of my biggest concerns going into 1-foot cubes was that they would be too thick for our imaging system. I do small-scale tests in plexiglass. It was a pleasant surprise that we were able to see the shockwave propagation."

The team also used a technique called photon Doppler velocimetry, which measures the speed of the shockwave as it reaches the outside of the cube by detecting tiny changes to the frequency of a laser. The team hoped that they would be able to see the weaker waves caused by fracture formation, but they were only able to see the initial shockwave, Robey said.

After recovering from his initial disappointment, Robey borrowed some specialized microphones called acoustic emission sensors. With an array of microphones on the surface of the cube, the team was able to hear the weaker waves caused by fracture formation and triangulate where they were coming from within the cube.

The acoustic emissions data not only allowed the team to correlate what they could hear from outside the cube to what they saw within the cube, essential for transitioning from doing experiments in plexiglass to doing experiments in granite, but they could also accurately track when the fractures occurred, which is important for the computer modeling efforts, Robey said.

"We're in the process of learning how to 'fly blind' while we can still see," Robey said. "The instruments we're deploying in the clear plastic are the same instruments we'll deploy when we move to opaque rock."

The team conducted similar experiments in cubes formed from different pieces of plexiglass joined together to mimic faults in rock, to see how explosive-formed fractures react to rock faults. They learned that the explosive-formed fractures tend not to cross preexisting fault-lines, but the amount of stress the plexiglass is under and orientation of the rock fault are important, Robey said. These results will also be used to improve the computer models.

LLNL has trusted computer models of underground explosions based on decades of experiments, starting with underground nuclear testing in the 1960s, Vorobiev said. However, the experiments these models were based on were mostly conducted in cold rock rather than the hot rock needed for geothermal energy production.

"Eventually, the goal is to understand how to create fracture networks in hot, compressed granite at significant depths," Vorobiev said. "This is very challenging, computationally, because events occur at different timescales. Shockwave propagation is very fast compared to microfracture formation caused by the explosive gases."

The experiments conducted by Robey and Torres are great because they not only provide the information about the final cracks, but they recorded the series of events that produced them, Vorobiev said. His task is to analyze the data from Robey's experiments to refine LLNL's existing models. These models can scale up the results from lab experiments to be able to predict what might happen in actual geothermal field sites, he said.

One of the significant findings from the experiments is that the fractures can start anywhere around the explosive or propellant and grow outward, but due to explosive gases, these random fractures will eventually grow towards the areas with less stress such as along existing fractures, Vorobiev said. The random initiation is good, he added, since it is a way to connect preexisting parallel fractures into a network, which is needed for geothermal energy production.

Now, the team is conducting experiments with explosives or propellants in 1-foot cubes of granite, with the eventual goal of moving to 3-foot cubes of granite. If these lab-scale experiments prove promising, the team hopes to test this in the field at the DOE's Frontier Observatory for Research in Geothermal Energy, Robey said. There are still several hurdles to overcome, but if everything goes smoothly it could take as little as three to five years to reach field-scale testing and from there, commercial implementation.

This research was funded by DOE's Geothermal Technologies Office. 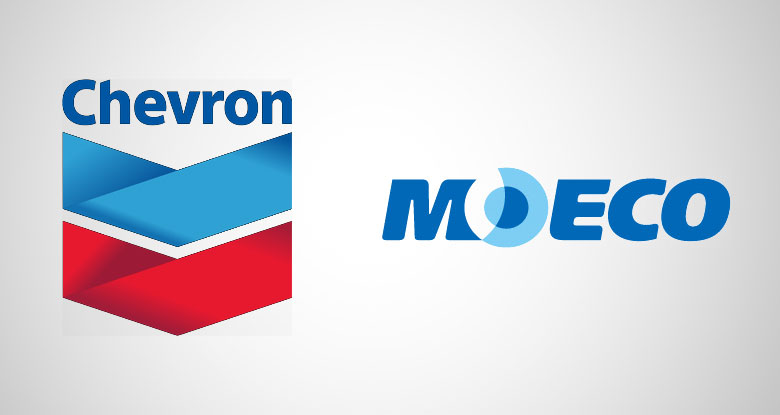 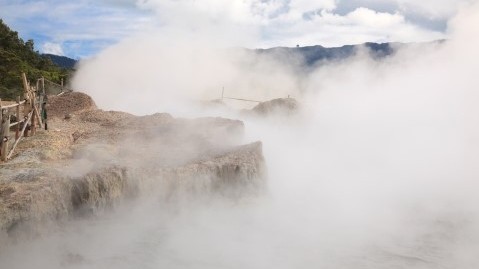