22 Jun 2022  by powermag.com
A federally backed effort to advance enhanced geothermal system (EGS) technologies in Utah marked a significant milestone with successful completion of its first large-scale 10-day simulation in a deep-deviated well.

The U.S. Department of Energy’s (DOE’s) Utah Frontier Observatory for Research in Geothermal Energy (FORGE), which is sited near the town of Milford on the western flank of the Mineral Mountains, on June 17 confirmed the successful completion of the three-stage hydraulic simulation of its first highly deviated injection. “This is a key milestone in learning how to create fully human-made geothermal reservoirs that can be used to generate electricity anywhere,” said the DOE’s Geothermal Technologies Office (GTO).

The $220 million Utah FORGE—GTO’s largest funding initiative—is a 2015-opened dedicated underground field laboratory. The lab is designed for the development, testing, and acceleration of breakthroughs in EGS technologies.

EGS is an advanced geothermal process that involves drilling deep wells underground in hot dry rock, creating fractures to develop reservoirs, and then circulating water through the wells and reservoirs to heat the water using that underground heat. Unlike classic hydro-geothermal systems, EGS technologies enable the extraction of energy from dry rocks that do not contain water or contain water in small amounts.

Enhanced Geothermal Systems (EGS) are engineered geothermal reservoirs, created where there is hot rock (175-300+C), but little to no natural permeability and/or fluid saturation. During EGS development, subsurface permeability is enhanced via safe, well-engineered stimulation processes that re-open preexisting fractures, create new ones or a combination of both. These open conduits increase permeability and allow fluid to circulate throughout the hot rock. The fluid transports the otherwise stranded heat to the surface where electricity can be generated with current power generation technologies. Source: DOE

The recent testing, which took place between April 14–24, 2022, injected between 3,000 and 4,000 barrels of water in FORGE’s deep deviated well 16A(78)-32 under pressure to well depths reaching 10,987 feet. The tests were conducted at three intervals in sequence, including the open hole at the toe of the well (Stage 1), followed by two shallower 20-foot intervals that were lined with solid casing (Stages 2 and 3).

The injection caused “pre-existing fractures in the reservoir to dilate and transfer heat to the injected cold water,” the FORGE team confirmed. “After a 4-hour shut-in, the hot injected water was produced back to the surface under controlled flow conditions. The stimulation trial ran according to schedule and plan, including the seamless deployment and retrieval of the bridge plugs at high pressures and temperature,” it said.

These results have wide-ranging repercussions for the development of advanced geothermal around the world. “The ability to initiate, propagate and ideally control hydraulic fracture growth is essential for realistically evaluating the potential for commercial EGS applications,” the FORGE team specified.

“Success here is important for promoting technical and hybrid EGS methods that use hydraulic injection to provide a heat exchange network or to achieve more effective connections with potentially productive natural fractures,” it said.

The testing is part of FORGE’s third phase. In previous phases, multiple teams performed analyses and compiled a geologic model of the rural site that spans about 15 square miles (and sits adjacent to a wind farm and solar PV plant). The second phase, which ended in 2018, notably, comprised two teams that fully instrumented, characterized, and permitted candidate sites for drilling and full-scale operations at FORGE. The third (and current) phase is being spearheaded by a single team, whose main objective is to drill full-size wells. The initiative is designed to provide industry, academia, and DOE national laboratories with “ongoing opportunities” to conduct research and development projects at the site.

Drilling the first of FORGE’s two nearly 11,000-foot-long wells for its geothermal reservoirs was completed in March 2021, led by the University of Utah’s Energy & Geoscience Institute (EGI). Drilling of the first well, notably, marked “the first time a highly deviated well optimized for EGS development has been drilled,” EGI said.

“Despite the technical challenges of drilling into the abrasive hot granite, the well was completed in 84 days, nearly 40% faster than planned,” it noted. The well was drilled vertically to 5,938 feet, deviated at a 65-degree angle from vertical, and then continued along this trajectory for a total length of 10,987 feet. “The well ultimately reached a vertical depth of 8,561 feet where temperatures exceed 440F,” the research institution said. 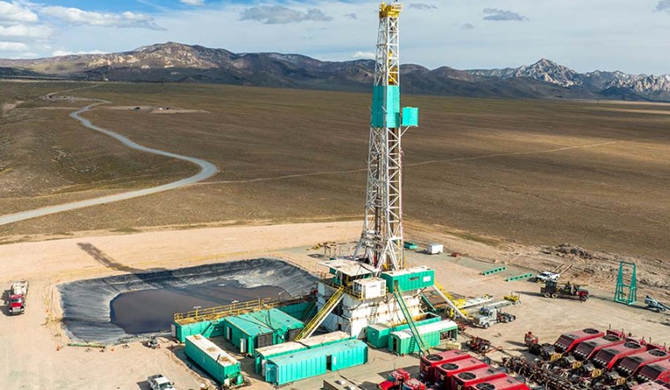 The Utah FORGE research team, with National Energy Technology Laboratory (NETL) support and oversight, recently surpassed a significant milestone in its ongoing work to develop an EGS that will flow hot water naturally from a subsurface depth of more than 10,000 feet and bring it to the surface. Source: Utah FORGE/DOE

The FORGE team now plans to follow the milestone with tests at a second deep deviated well—a production well with a planned total measured depth of 10,697 feet—in late 2022 or early 2023. But drilling of the second well could require even more finesse, given the FORGE team’s plans to connect the two wells’ hydraulic fractures. “The connectivity of the fractures between the two wells will be established or improved, and short-term circulation testing will begin to assess the thermal viability [of the] geothermal reservoir,” it said.

“NETL is applying its horizontal drilling and hydraulic fracturing knowledge from the oil and gas industry to EGS research,” Scott Beautz, a NETL petroleum engineer who is managing the Utah FORGE project in collaboration with partners at EGI, the DOE’s Office of Energy Efficiency, and the GTO, said on June 17. “By doing so, EGS plants can play a vital role in America’s clean energy transition by providing baseload power around the clock regardless of weather conditions and with the flexibility to meet consumer demand,” he said.

EGS Development Has Been Challenged

The effort is worthwhile, EGI says, particularly now, as demand ramps up worldwide for a widespread, readily exploitable source of carbon-free baseload power.

According to recent data from ThinkGeoEnergy, the U.S. hosts the world’s largest geothermal fleet. It reported the U.S. had a geothermal power capacity of 3.7 GW at the end of 2021. The DOE, meanwhile, estimates that conventional U.S. geothermal power resource potential is approximately 530 GW, while the estimated potential for direct use could be 231 GW by 2050. “Current geothermal contribution to U.S. energy capacity is less than 1%; however, the potential is more than 8% by 2050,” it said.

“The Earth is a huge thermal battery with vast geothermal resources and heat that is continuously generated by decay of radioactive elements,” explained Stuart Simmons, a research professor at the University of Utah’s EGI. The hottest geothermal resources—120C to 330C—are typically used to generate power from the production of hot water and/or steam from deep production wells. Whereas, the cooler resources, below 150C, are used for a wide range of direct use applications, including district heating and cooling, he said.

EGS, which has been explored since the 1970s, produces power from hot impermeable rocks at a depth of 3 to 10 kilometers, potentially harvesting a heat resource that is widespread around the world. The Western U.S. alone has a potential 518 GW of EGS resources—about half of the current installed electric power generating capacity in the U.S.—says the U.S. Geological Survey.

But efforts to develop EGS have remained small in scale, mainly owing to insufficient reservoir volume, difficulty with drilling, and induced seismicity. Since the first EGS pilot installation at Fenton Hill in the U.S. (which ran from 1974 to 1995), experimental projects have operated at Rosemanowes in the UK; Basel in Switzerland (which, at 3 MW, has so far been the largest in the world); Pohang in South Korea; Hijiori and Ogachi in Japan; and the Habanero project in Australia. Only two EGS projects are currently operating: the 1.7-MW Soultz-sous Forêts in France, and a 1-MW installation in Groß Schönebeck in Germany.

The successful simulation trial at Utah FORGE is set to boost future developmental efforts. It could also be an important asset to the DOE’s April 2022 initiative that seeks to support EGS pilot demonstration projects with $84 million in Infrastructure Act funding. The legislation, notably, authorizes the DOE to support four “competitively selected” pilot projects that demonstrate EGS in different types of geology. 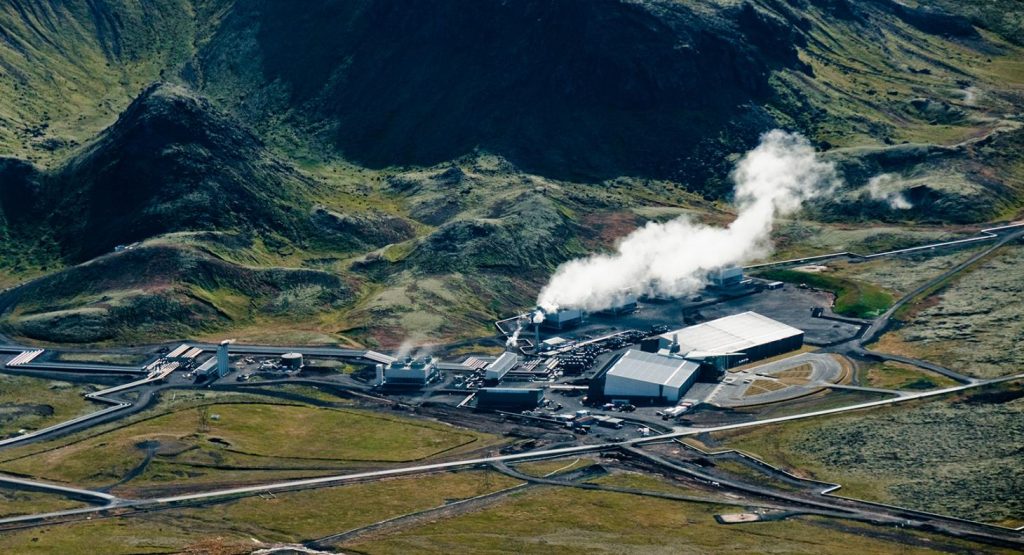 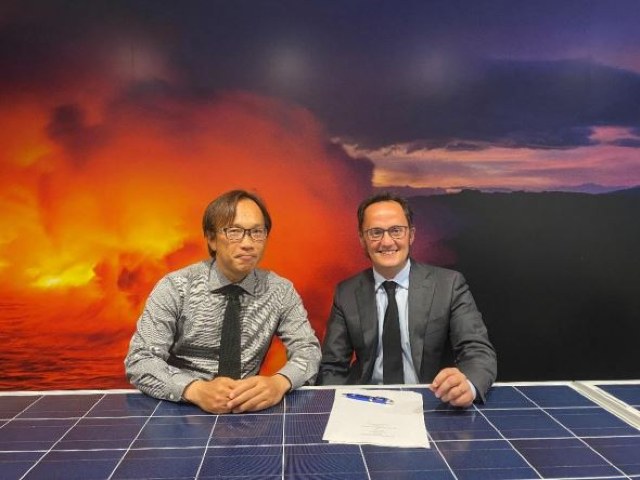 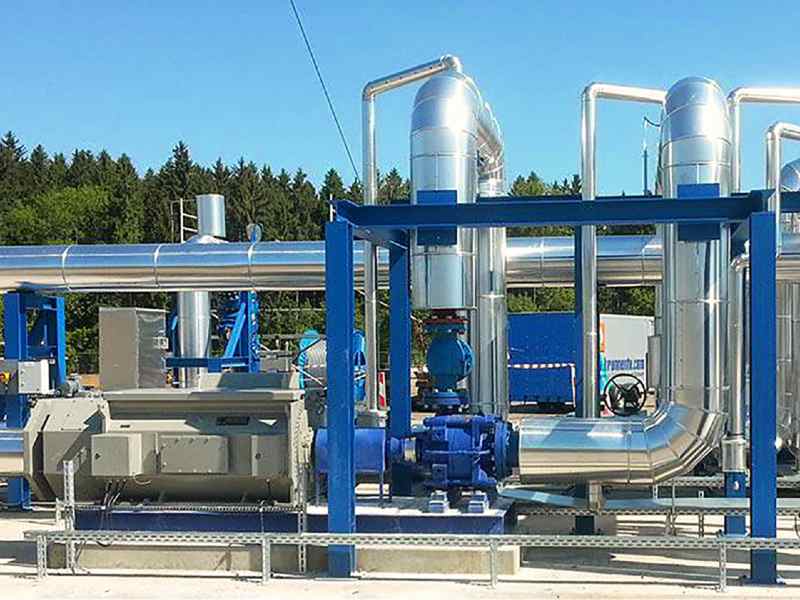