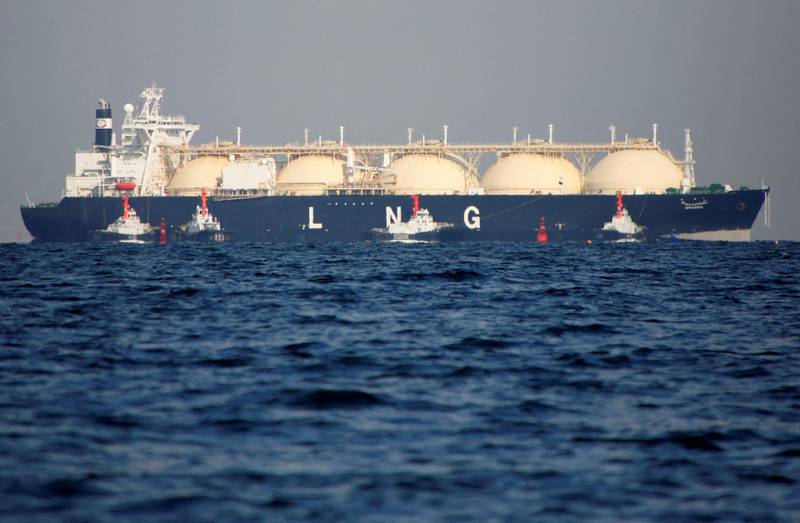 The demand for LNG is expected to continue to rise globally as governments focus on cutting emissions. Reuters

French oil company TotalEnergies was awarded a 25 per cent stake to develop the world’s largest natural gasfield in Qatar as the Gulf state aims to increase its production and respond to higher global demand for LNG.

State-owned QatarEnergy will hold the remaining 75 per cent stake in the North Field East (NFE) LNG project, which has a production capacity of 32 million tonnes a year, TotalEnergies said on Sunday.

Qatar is partnering with international energy companies in the first and largest phase of a nearly $30 billion expansion of the NFE project, according to Reuters.

“With its low costs and low greenhouse gas emissions — thanks to carbon capture and storage — the North Field expansion will be an exemplary and major contribution to our low-carbon LNG growth strategy,” Patrick Pouyanne, chairman and chief executive of TotalEnergies, said

“This new partnership will enable us to reinforce our global LNG portfolio and, together with Qatar, it will support our ability to contribute to Europe energy security.”

The upstream part of the project will develop the south-eastern area of the field with eight platforms, 80 wells and gas pipelines to the onshore plant, according to the statement.

The development of the new project comes as demand for LNG continues to rise globally as governments focus on reducing emissions to limit global warming.

Demand has also gone up as European countries look for alternative LNG supplies after the ban on most of the energy imports from Russia because of Moscow's conflict with Ukraine.

“The North Field East project is an achievement that will not only ensure the optimal utilisation of Qatar’s natural resources, but will also provide the world with the cleaner and more reliable energy it needs,” Saad Al Kaabi, Qatar's Minister of State for Energy Affairs, and president and chief executive of QatarEnergy, said.

More partners in the NFE expansion project are expected to be announced in the coming days.