Oman’s New Oil Discoveries to Increase Output by up to 100,000 Barrels 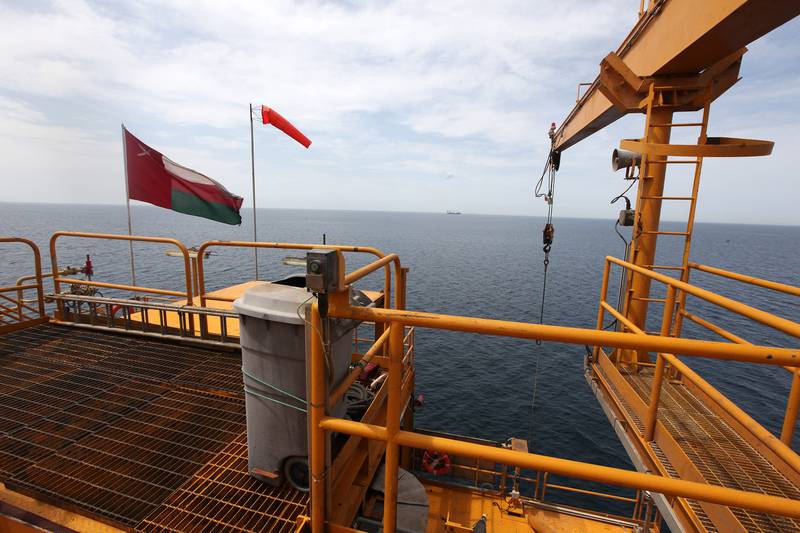 View of the Bukha A Oman oilfield in Oman. The sultanate's crude reserves have reached 5.2 billion barrels, while gas reserves stand at 24 trillion cubic feet. Pawan Singh / The National

Oman announced on Saturday it has made new oil discoveries that will increase output by 50,000 to 100,000 barrels over next two to three years.

Oman is continuing efforts to advance discoveries to keep the country's crude and condensate production at current levels, or increase it, depending on the market circumstances in the coming period, the agency said, citing energy and minerals minister Mohammed bin Hamad Al Rumhy.

In March, Sultan Haitham, Ruler of Oman, said that the country plans to use revenue from soaring oil prices to reduce its public debt and support spending on government projects, while ensuring inflation does not affect basic commodity prices.

Oman's Ministry of Finance said in April that it “seeks to utilise the surplus arising from higher oil prices to reducing fiscal deficit and minimising the cost and risks of its debt portfolio”.

Oil prices recorded their sixth weekly gain on Friday despite the decision by the 23-member Opec+ alliance of producers to boost output.

Brent, the global benchmark for two thirds of the world's oil, ended trading on Friday up 1.7 per cent at $119.72 per barrel. West Texas Intermediate, the gauge that tracks US crude, was up 1.71 per cent higher and settled at $118.87 a barrel. Both benchmarks gained more than 3 per cent for the week.

Oman, a relatively small crude producer compared with its Gulf neighbours, is more sensitive to oil-price swings and was hit hard by the Covid-19 pandemic and the collapse in oil prices in 2014.

However, higher oil prices in 2021, along with fiscal reforms, helped narrow government deficits.

A BB rating is a speculative grading that implies the issuer is less vulnerable in the near term.

“Over the next three years, we expect the non-oil sector to be the leading driver of growth. We forecast non-oil growth averaging 2.2 per cent over 2023-2025, relative to 1.8 per cent in 2022,” the rating agency said.