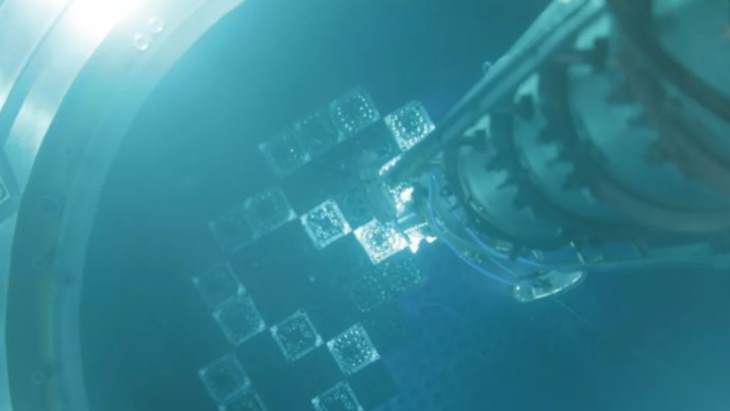 Long-term irradiation testing of the CF3 fuel was completed in March.

Four sets of CF3 fuel assemblies were loaded into Qinshan II unit 2 - a Chinese-designed CNP-600 PWR - in July 2014. The assemblies underwent poolside inspections during each fuelling cycle, CNNC said. Inspection results showed that the performance of the design met internationally accepted standards. In May this year, the company said it was ready to start commercial production of the fuel.

CNNC has now announced that further testing of four assemblies at Qinshan was completed on 20 September. It noted that eight CF3 fuel assemblies had previously been irradiated in the Fangjiashan plant and that another eight assemblies are expected to be used at the Qinshan plant at the end of this year.

"The multiple power plant irradiation model allows CF3 fuel assemblies to be widely used, which is necessary for saving money on product research," CNNC said. "CF3 fuel assemblies can be used for long-cycle refueling and are suitable for the Hualong One nuclear project and the Yanlong low-temperature heating reactor."

CNNC completed the preliminary design of the Yanlong swimming pool-type low-temperature reactor for district heating in September 2018. The company says the reactor - which an output of 400 MWt - can be operated under low temperatures and normal pressures. It can be constructed near urban areas due to the zero risk of a meltdown and lack of emissions.

CNNC said it now has all the necessary technology to develop high-performance nuclear fuel, and that its "independent fuel system and sufficient product supply capacity give it competitiveness in the international market".

On 11 September, CNNC announced that nuclear fuel components for first Hualong One demonstration unit had passed factory acceptance and have been shipped to the Fuqing plant.