25 May 2022  by azocleantech.com
Researchers from Washington State University (WSU) have come up with a new energy-efficient method to produce hydrogen gas from water and ethanol. This approach has the ability to make clean hydrogen fuel a highly viable alternative for gasoline to power cars. 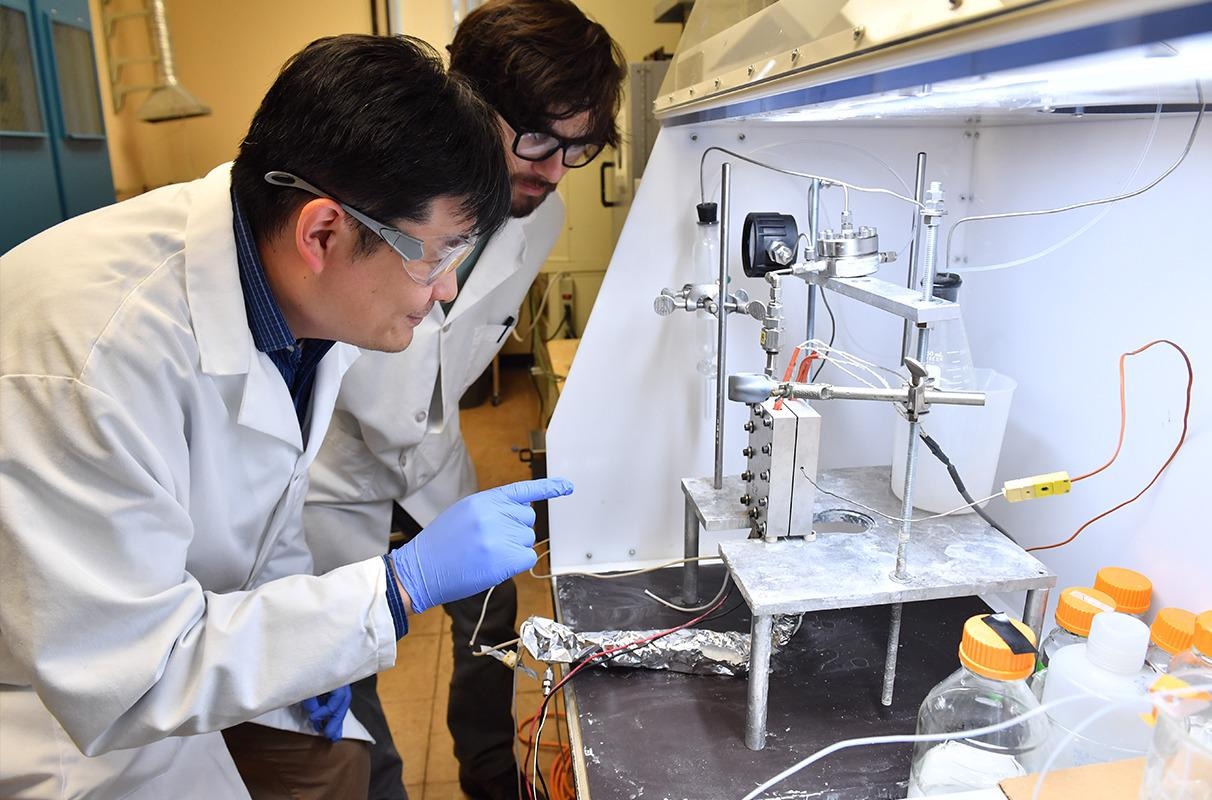 WSU scientists made use of the ethanol and water mixture and also a small amount of electricity in a novel conversion system to generate pure compressed hydrogen.

The novelty implies that hydrogen could be made on-site at fueling stations so that there is only a need for ethanol solutions to be transported. It is a significant step in removing the need to transport high-pressure hydrogen gas, a major obstacle to its use as a clean energy fuel.

"This is a new way of thinking about how to produce hydrogen gas. If there are enough resources, I think it has a really good chance of making a big impact on the hydrogen economy in the near future."

The study has been reported in the Applied Catalysis A journal.

Making use of hydrogen as a fuel for cars is a hopeful but unrealized clean energy. Similar to an electric-powered car, a hydrogen fuel-cell-powered car does not liberate any dangerous carbon dioxide. Unlike an electric car, it can be filled up with hydrogen gas in just a matter of minutes at hydrogen fueling stations.

However, despite the promise of hydrogen technology, storing and transporting high-pressure hydrogen gas in fuel tanks has countless economic and safety hazards. Due to the challenges, there is little hydrogen gas infrastructure in the United States, and the market penetration of the technology is very low.

In their study, the WSU scientists made a conversion system with the presence of an anode and a cathode. When a small amount of electricity is put into the ethanol and water mixture along with a catalyst, the researchers were able to produce pure compressed hydrogen electrochemically. Carbon dioxide liberated from the reaction has been captured in the form of a liquid.

Rather than having to transport dangerous hydrogen gas, the conversion method would imply that the present infrastructure for transporting ethanol could be utilized and that the compressed hydrogen gas could be made on-demand at gas stations in a simple and easy manner.

"We’re already using ethanol-containing gasoline at every gas station. You can imagine that an ethanol water mixture can be easily delivered to a local gas station using our existing infrastructure, and then using our technology, you can produce hydrogen that is ready to pump into a hydrogen fuel cell car. We don’t need to worry about hydrogen storage or transportation at all."

The newly developed electrochemical system makes use of less than half of the electricity that is required for pure water splitting. This is another method that scientists have studied for the production of de-carbonized hydrogen.

Rather than working hard to contract the hydrogen gas later in the process, the scientists utilized less energy in the place of compressing the liquid ethanol mixture. This helps directly produce an already compressed hydrogen gas.

"The presence of the ethanol in water changes the chemistry. We can actually do our reaction at a much lower electrical voltage than is typically needed for pure water electrolysis."

Furthermore, their system does not need the costly membrane that is required by other water-splitting methods. Then the hydrogen from the electrochemical reaction is all set for use.

“A process that offers low-electrical energy cost alternative to water electrolysis and can effectively capture carbon dioxide while producing compressed hydrogen could have a significant impact on the hydrogen economy. It’s really exciting because there are a whole lot of aspects that play into improving the production methods of hydrogen,” stated Jamie Kee, a Voiland School postdoctoral researcher and one of the lead authors of the paper.

Scientists are trying to scale up the technology and make it work in a continuous manner. They are also attempting to find ways to utilize the carbon dioxide that is captured in the liquid.

The study was financially supported by the Gas Technology Institute and the US Department of Energy’s RAPID Manufacturing Institute.