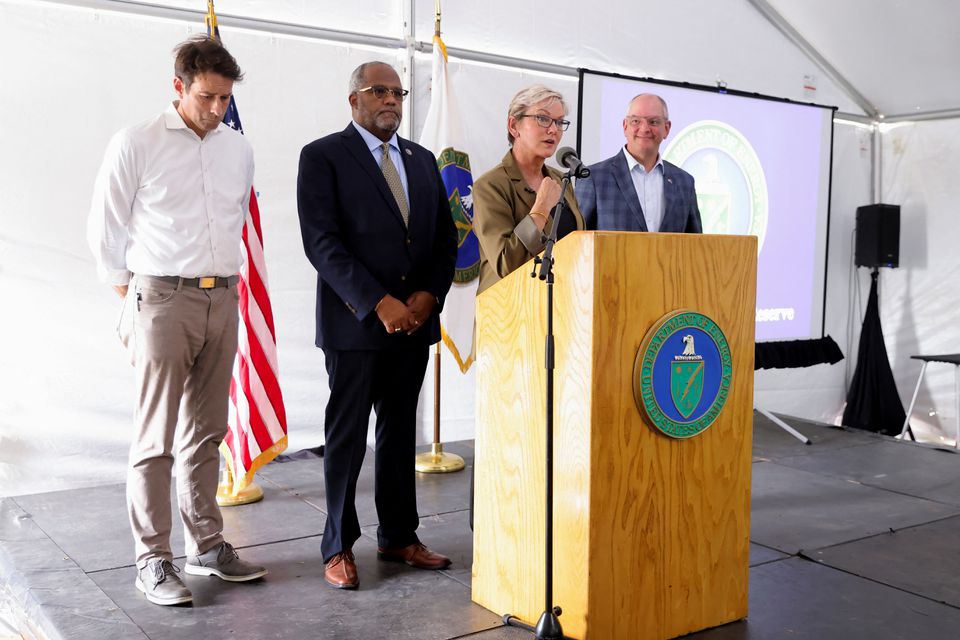 Asked if the United States was considering restricting petroleum exports to ease fuel prices, Granholm said “I can confirm the president is not taking any tools off the table.”

Granholm was speaking to reporters during a tour of the Bayou Choctaw salt dome, part of the nation's Strategic Petroleum Reserve system.

The United States exported around 8.6 million barrels per day of oil and refined products in 2021, slightly more than it imported, according to the Energy Information Administration.

The Biden administration has been struggling to combat inflation, including record pump prices, as demand rebounds from the depths of the COVID-19 pandemic and supply has been disrupted since the war in Ukraine began.

Rising costs are seen as a major vulnerability to Biden's fellow Democrats leading into the November midterm elections.

So far, the administration has announced record-sized releases of crude oil from the SPR over the coming months and an expansion of sales of high-ethanol blends of gasoline to expand the volume of available fuel.

It is also mulling other options, including a release from emergency diesel stockpiles and the lifting of anti-smog regulations on gasoline. Officials, however, have been coy about the question of export restrictions.

The White House official told Reuters that while "all tools are on the table" to reduce energy prices, the administration was focused primarily on releasing oil from the SPR and expanding sales of higher ethanol gasoline blends.