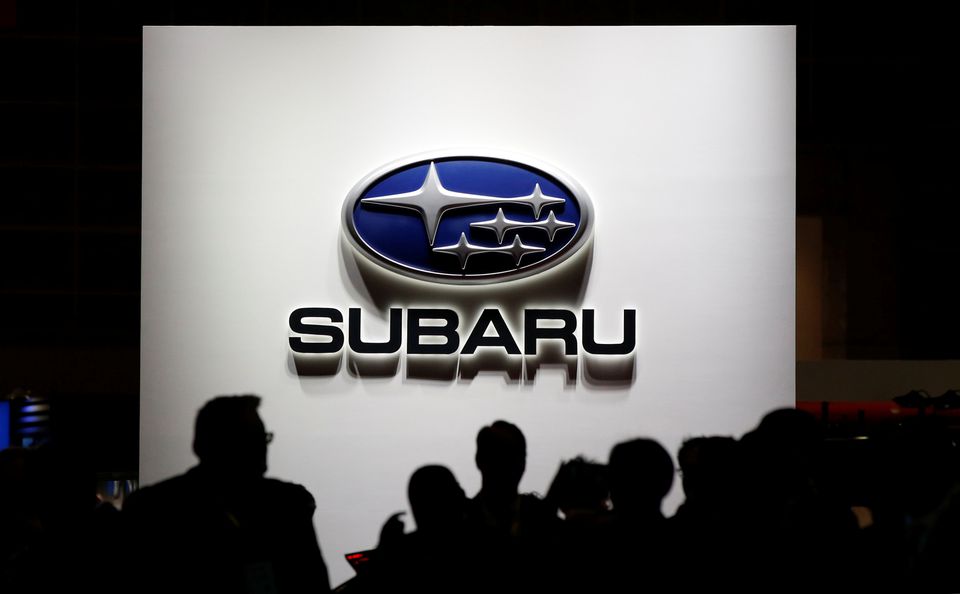 The logo of Subaru Corp. is pictured at the 45th Tokyo Motor Show in Tokyo, Japan October 25, 2017. REUTERS/Toru Hanai

Subaru Corp aims to build a dedicated electric vehicle (EV) factory in Japan in the late 2020s, it said on Thursday, as part of a $1.9 billion ramp-up to respond to surging demand for battery cars in its main North American market.

Subaru, known for its Outback crossover, has long had a strong presence in the United States and on Thursday warned that its U.S. dealers only have a record low stockpile of around 5,000 vehicles left, reflecting the squeeze of a supply-chain crunch.

It plans to launch a mixed-production line of gasoline and electric vehicles around 2025 before opening an EV-only production line in the new factory after 2027, it said. The move would be a first for Subaru. Other Japanese automakers have yet to formally announce plans to build a dedicated EV factory.

Japan's automakers are accelerating their EV production in an attempt to recover ground lost to Tesla Inc, now the leader in the fastest growing segment of the auto industry.

"The market for EVs has been changing very rapidly over the past year," said Subaru CEO Tomomi Nakamura.

It plans to invest 250 billion yen ($1.93 billion) over the next five years to bolster electrification.

The vehicles produced in the new factory would be exported overseas, Nakamura said, declining to reveal specifics about production capability and whether it would make Toyota Motor Corp cars.

The announcement came on the same day that Subaru began accepting orders for its first mass-produced EV, the Solterra, developed jointly with Toyota in Japan. Subaru, however, outsourced the car's production to Toyota, which has also just rolled out its first battery electric car. read more