11 May 2022  by world-nuclear-news.org
The US Defense Advanced Research Projects Agency (DARPA) is seeking proposals for Phases 2 and 3 of its Demonstration Rocket for Agile Cislunar Operations (DRACO) programme, which aims to demonstrate a nuclear thermal propulsion (NTP) system in orbit in fiscal year 2026.

An artistic impression of a cislunar rocket (Image: DARPA)

"Proposals must substantiate the ability of the proposed approach to meet the DRACO performance objectives and FY26 in-space flight demonstration timeline," DARPA said in a Broad Agency Announcement (BAA) on 4 May. "Accordingly, proposals for the reactor and non-nuclear NTP components should leverage previous NTP engine work, such as the Rover/NERVA program. Developing an NTP engine with HALEU [high-assay, low-enriched uranium] fuel that leverages heritage Rover/NERVA reactor design and engine testing data will help ensure the risks associated with the selected DRACO design approach are well understood and will maximise the likelihood of success within the desired timeline."

The deadline for responses to the solicitation is 5 August.

"A single award is anticipated," DARPA said. "The amount of resources made available under this BAA will depend on the quality of the proposals received and the availability of funds."

The White House in December 2020 issued a memorandum establishing a national strategy to ensure the development and use of space nuclear power and propulsion systems, including NTP systems, which can power spacecraft for missions where alternative power sources are inadequate.

Nuclear propulsion provides greater propellant efficiency as compared with chemical rockets. Nuclear thermal propulsion is where a nuclear fission reactor heats up a liquid propellant, like hydrogen, converting it into a gas which expands through a nozzle to provide thrust and propel a spacecraft. It is a potential technology for crew and cargo missions to Mars and science missions to the outer solar system, enabling faster and more robust missions. 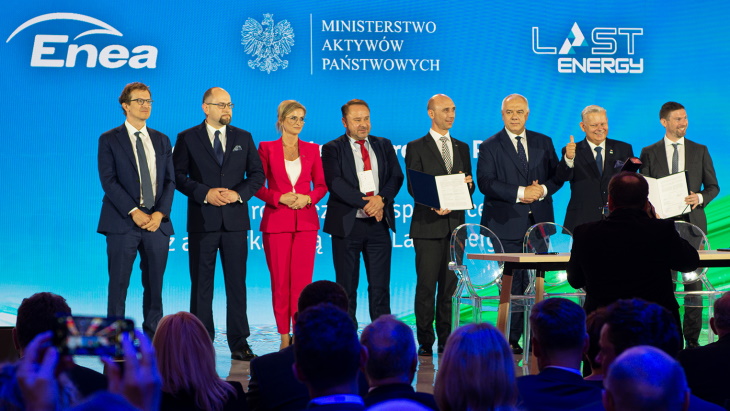