CEO of Hydrogen Europe Jorgo Chatzimarkakis argues that his organisation joining the African Hydrogen Partnership as its first association member will help the world to meet net zero targets, amid claims that Europe will not be able to decarbonise without African hydrogen.

Recently, there have been growing concerns about the schemes being discussed on the large-scale production and export of green hydrogen in and from Africa.

Some claim that instead of helping Africa’s green transition, these plans and partnerships will be a means for “neo-colonialism”.

Such views are also occasionally heard in Europe, notably in circles which have a very entrenched interest themselves. For example, the myth that Europe could and should produce the entirety of the emission-free electricity it needs on its own territory, with enough spare current to electrolyse all its hydrogen on its own.

But there is no serious study or projection which would conclude that Europe can do this on its own and at home.

Between 25 and 50 per cent of the green hydrogen needed in Europe as of 2030 will have to be imported.

Between 25 and 50 per cent of the green hydrogen needed in Europe as of 2030 will have to be imported. And obviously, there is a case for importing it from neighbouring countries, notably North and West Africa.

Would European countries once again plunder African resources - leaving impoverished communities and corrupt leadership behind, while comfortably revelling in the cheap green hydrogen they have extracted?

Nothing could be further from the truth.

Hydrogen has the potential – and it is so far the only substance with such potential – to finally make Africa and Europe partners while propelling the African continent to the avant-garde of a new industrial age.

An African statesman said recently, how could Europe take things away from us if we produce and use hydrogen here?

We have our sun, our wind, and our waters, which have been here forever and none of which can ever be transported elsewhere.

"We have our sun, our wind, and our waters, which have been here forever and none of which can ever be transported elsewhere," added. Here lies the truth, the abundant African resources needed for the transition to a hydrogen economy are endless and cannot be stolen. 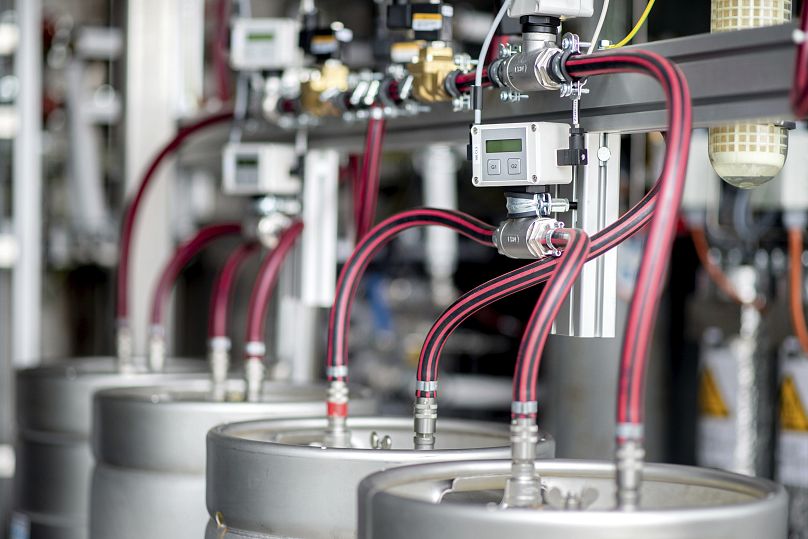 Electrolysers at a hydrogen production plantHauke-Christian Dittrich/(c) Copyright 2020, dpa (www.dpa.de). Alle Rechte vorbehalten
They can only be used in partnership, so that Africa can transition to a renewables-based industrial economy while Europe gets some of the hydrogen it needs after having invested and paid for it.

Is harvesting African hydrogen for use in Europe a new form of colonialism?

Let's imagine for a second that green hydrogen is produced in Africa and can start fuelling mineral transformation processes.

Let's imagine African mines producing ore can be made locally, instead of being shipped away with no added value, as has been the case for too long. Let's imagine African societies which, due to the massive investments that would have been undertaken to produce green electricity would be able to power their grid by themselves - without continuing their age-old dependence on imported petrol.

Let's imagine the outline of Africa being brightly lit under the night sky because electrification of the whole continent would finally have come about, using the resources of Africa itself. Does that sound like colonialism?

What is wrong with a continent surging ahead, when it is producing far more than it needs and consumes itself?

Of course, Europe would be investing in Africa because it needs something, for its own personal gain. However, this time we will make sure that the African states concerned receive their own share of what their sun, wind and water can generate.

Partnerships with African states and regional associations, potentially even with the African Union, would be designed in such a way as to establish from the very beginning that there is an African project which Europe will help become reality.

We are talking about exports of hydrogen to Europe, yes, but we are talking above all about bringing about a dynamic of development that Africa hasn't seen before. And what is wrong with a continent surging ahead, when it is producing far more than it needs and consumes itself?

The rhetoric may have been compelling, the results were disappointing. Now we see that some European states seem to engage with African states in order to secure their own provisions of green hydrogen. All this doesn't fit into the real narrative.

The real narrative is that in the 21st century, the African and the European continents become true partners because they commit entirely to producing enough renewable energy to power their respective development.

There must not be competition between producing countries, but cooperation on a large scale.

There must not be competition between producing countries, but cooperation on a scale large enough to power continents, not individual states or industries. The coming hydrogen economy will have space and benefits for all.

Investing in Africa benefits everyone

There is often criticism around the presence of fossil fuels actors in hydrogen development schemes.

Yes, they may be there. But no, they will not "extract" something in Africa and then take it away from Africa.

They will invest in projects that will be beneficial to Africa before they will benefit anyone else - but have the potential to benefit everyone. At the same time, oil and gas fields will mean less and less in today's world meaning because of the global green energy transition. 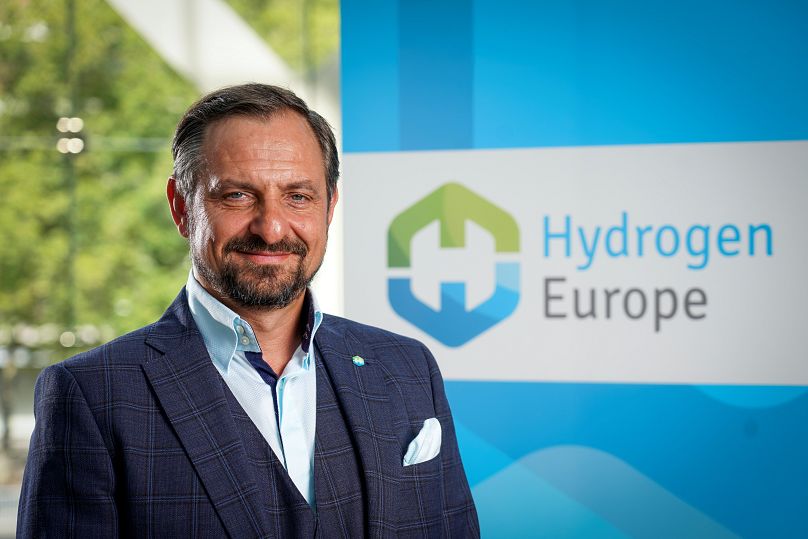 Jorgo Chatzimarkakis has been working at Hydrogen Europe since 2016Cleared
The hydrogen produced in Africa will be for Africa first, and then for exports. I trust Africans will know how to use the potential of this new logic for their own good.

Whole countries will become self-sufficient in energy if investments are used wisely. Development and cooperation can take on a whole new shape when African countries run on their own fuel - the eternal sun, wind, and waters.

With hydrogen at its current capacity, colonialism can finally be over for good.