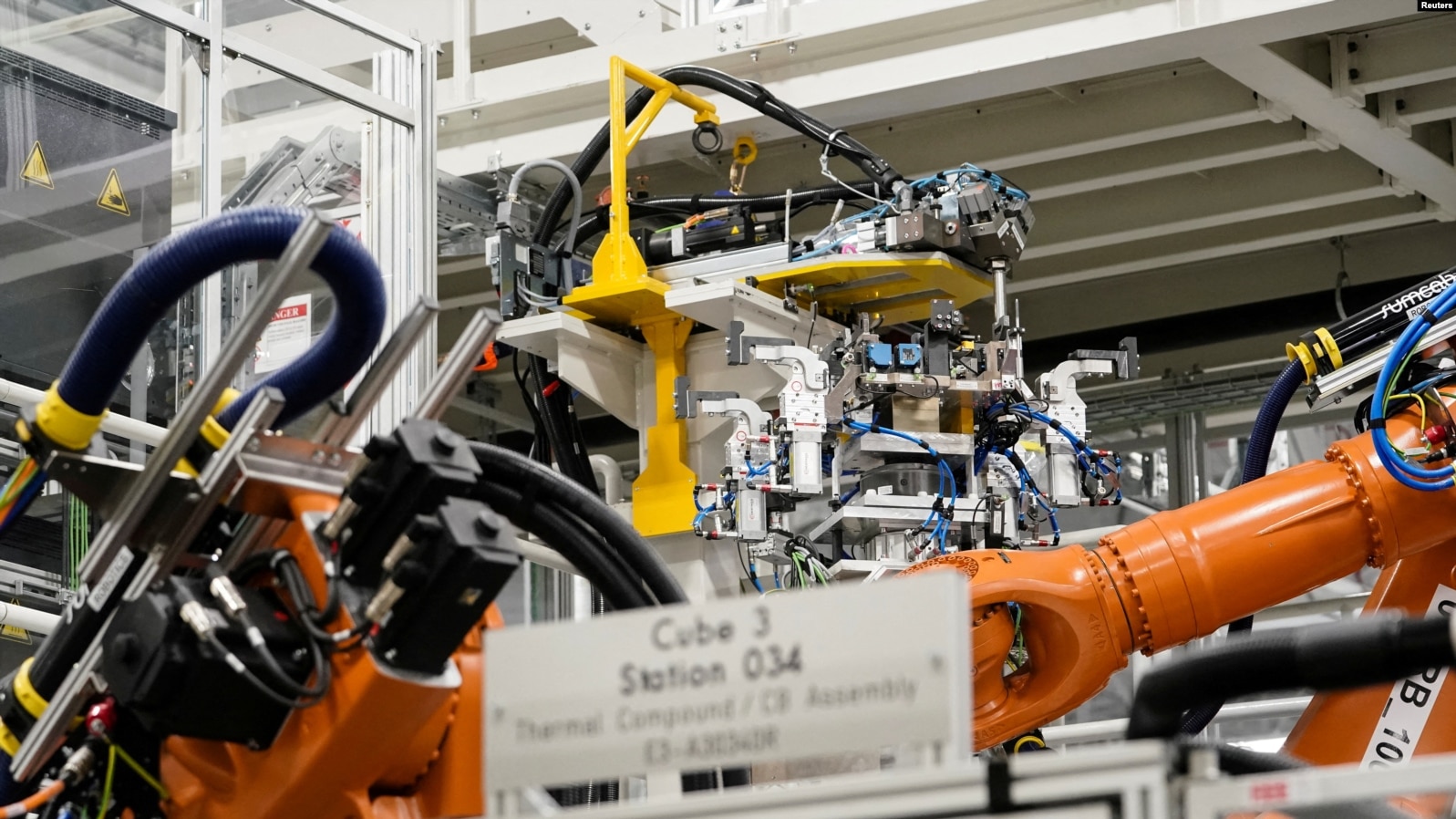 Machines are seen on a battery tray assembly line during a tour at the opening of a Mercedes-Benz electric vehicle Battery Factory in Woodstock, Alabama, U.S., March 15, 2022. REUTERS/Elijah Nouvelage/File Photo

This year, people around the world are lining up to buy electric vehicles even as prices increase.

Electric vehicle, EV, demand has stayed strong even as the average cost of lithium-ion battery cells increased to an estimated $160 per kilowatt-hour in the first quarter from $105 last year. Costs rose due to supply issues, sanctions on Russian metals and investor speculation.

For a smaller vehicle like the Hongguang Mini, the best-selling EV in China, the higher battery costs added almost $1,500, equal to 30 percent of the listed price.

But gasoline and diesel fuel costs have also increased since the Russia-Ukraine conflict, and experts noted that environmental concerns also are pushing more buyers to choose EVs.

Manufacturers from Tesla to SAIC-GM-Wuling, which makes the Hongguang Mini, have passed higher costs on to consumers with price increases for EVs.

More may be coming. Andy Palmer, chairman of Slovak EV battery maker InoBat, said "rising costs will have to be passed onto carmakers."

But EV shoppers have so far not slowed down. Worldwide EV sales in the first quarter jumped nearly 120 percent, said the website EV-volumes.com.

Venkat Srinivasan is director of the Center for Collaborative Energy Storage Science at the U.S. government’s Argonne National Laboratory in Chicago. He said "more and more people" would buy EVs "notwithstanding the cost of the battery and the vehicle."

This increase in battery costs could be an unusual short-term change in a situation in which improving technology and growing production have pushed costs down for almost 30 years. Industry data showed that the $105 per kilowatt hour average cost in 2021 was down nearly 99 percent from over $7,500 in 1991.

Experts say battery costs could stay high for the next year or so, but then another large drop is likely as big investments by automakers and suppliers change the balance from shortage to surplus.

"It's like a bubble -- and for that bubble to settle down, it's going to be at least the end of 2023," said Prabhakar Patil, a former LG Chem executive.

The industry has long been awaiting the battery cell cost of $100 per kilowatt-hour, as a signal EVs were reaching a similar cost to fossil-fuel vehicles. But with gasoline prices high and consumer preferences changing, such cost considerations may no longer matter as much, experts say.

EV demand in China and other markets "is going up faster than people thought -- faster than the supply of materials" for EV batteries, said Stan Whittingham, a co-inventor of lithium-ion batteries and a 2019 Nobel laureate.

Concern about the environment and the climate also has led buyers, especially younger ones, to choose EVs over those that burn fossil fuels, said Chris Burns, chief executive of Novonix, a Halifax-based battery materials supplier.

“Many younger people entering the market are making buying decisions beyond simple economics and are saying they will only drive an EV because they are better for the planet,” Burns says. They are making such a decision “even though it would be cheaper" to drive a gas-powered car.