How Recycling Can Help the Growing Electric Vehicle Market Major carmakers are looking to expand the production and sales of electric vehicles (EVs) in the coming years. They are also seeking new ways to reuse batteries to cut costs and protect the environment.

Lithium-ion batteries are used to power most EVs. Manufacturers guarantee their batteries for eight to 10 years. Currently, few batteries are recycled, meaning their materials are reused. Current recycling processes are difficult and costly.

Among the necessary materials used to make lithium-ion batteries are lithium, cobalt, nickel, graphite and manganese. Better recycling methods could help solve problems related to the limited availability and rising costs of these materials.

Most recycling methods under development involve breaking the batteries down into smaller pieces. Then, different processes are used to separate the metallic elements. The goal is to reuse as much material as possible. In this file photo, batteries for electric vehicles are manufactured at a factory in Dongguan, China, on September 20, 2017. (REUTERS/Bobby Yip)

The International Energy Agency (IEA) released a report about the development of the EV market in 2020. The IEA noted that in most cases, the main elements of end-of-life EV battery systems can be repurposed, or used in a new way.

In addition, the IEA said used batteries that still hold between 70 to 80 percent of their power capacity could be reused for “less demanding stationary storage.” This could include using old EV batteries to store power for a main electricity system, known as a grid. The report suggests recycled batteries also could be linked with systems producing electricity from wind or the sun.

British researchers have experimented with methods that could fully recycle main electric battery parts such as the cathode and anode.

One method uses ultrasonic waves to recycle these important elements without having to break them apart. Other researchers have studied a process called hydrometallurgy. It uses liquids and chemicals to remove lithium and other elements from used batteries for use in new ones. 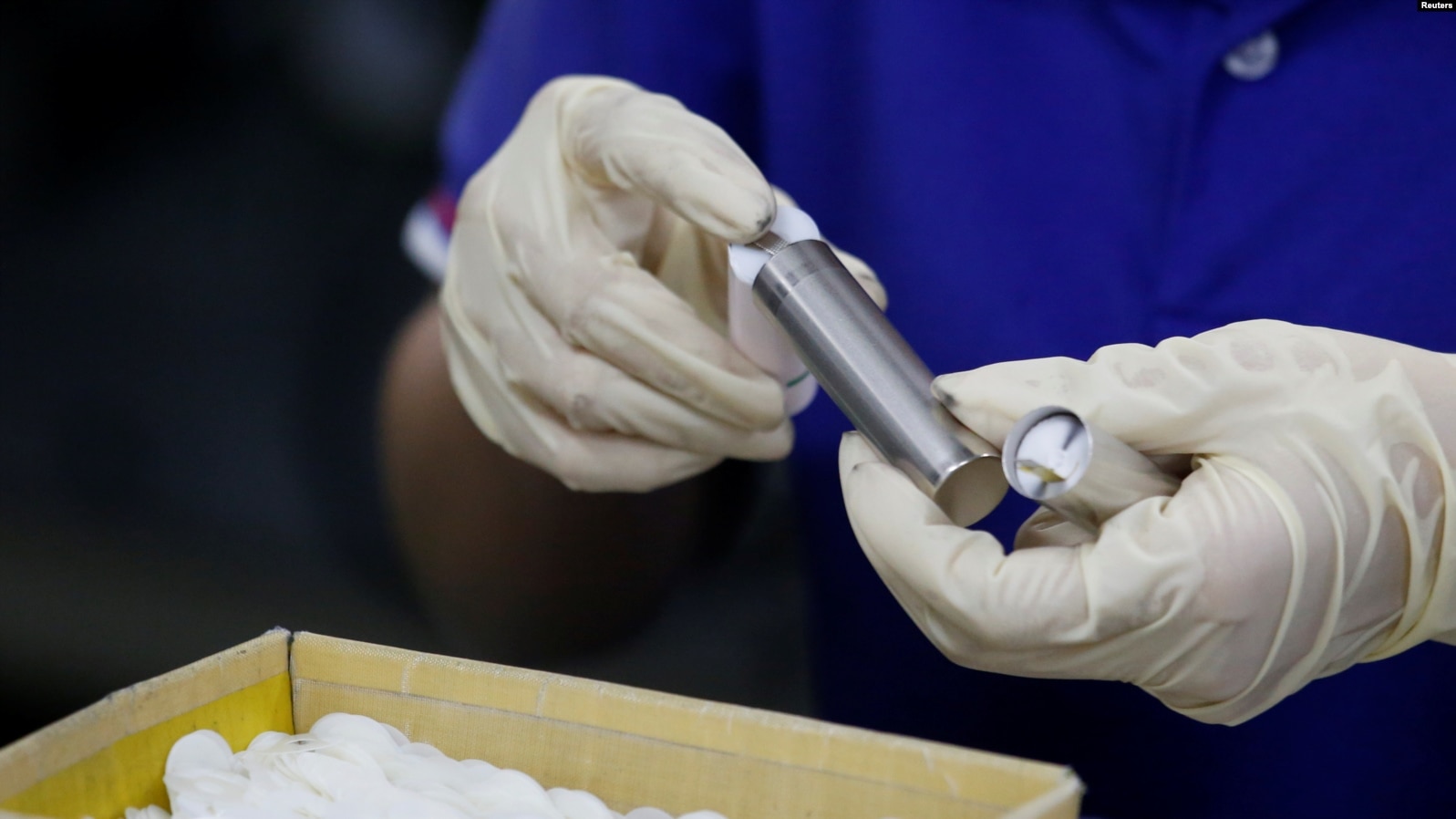 In this file photo, batteries for electric vehicles are shown being manufactured at a factory in Dongguan, China September 20, 2017. (REUTERS/Bobby Yip)

One of the main American businesses aiming to make EV battery recycling profitable is Nevada-based Redwood Materials. The company was started in 2019 by J.B. Straubel. He helped launch American carmaker Tesla along with its chief Elon Musk.

Redwood seeks to recycle the most common EV battery materials. The company’s methods include hydrometallurgy and pyrometallurgy, which uses high heat to separate the metals.

Straubel told The Associated Press that his company is not yet profitable because it is still heavily investing in operations and technology. But he noted that the recycling processes Redwood uses are currently profitable. “There’s really quite a hunger for these materials,” Straubel said.

He added that the metals used in EV batteries can be effectively recycled many times. “We don’t see any degradation in the performance of those metals. They actually tend to get more pure as we go through additional cycles of manufacturing and refining,” he said.

Another company, Canada’s Li-Cycle, uses hydrometallurgical methods. It has opened several new processing centers in recent years and has plans to launch more. Li-Cycle says on its website its newest centers will have the capacity to recycle up to 10,000 tons of lithium-ion batteries per year.

American Manganese is another Canadian company using hydrometallurgical recycling methods. It claims its processes can remove and recycle up to 99 percent of lithium, cobalt, nickel and manganese from used EV batteries. The company plans to open a “demonstration plant” in Vancouver this year that aims to process about 500 kilograms of lithium-ion battery waste every day.