20 Apr 2022  by energyglobal.com
First Solar has announced that it has signed a master supply agreement (MSA) to supply 4 GW of advanced, responsibly-produced thin film photovoltaic (PV) solar modules to Silicon Ranch. The deal, one of First Solar’s largest, will see Silicon Ranch’s projects in the US receive modules from 2023 to 2025. Silicon Ranch will benefit from the evolution of First Solar’s advanced Cadmium Telluride (CadTel) thin film module technology platform over the span of the agreement. 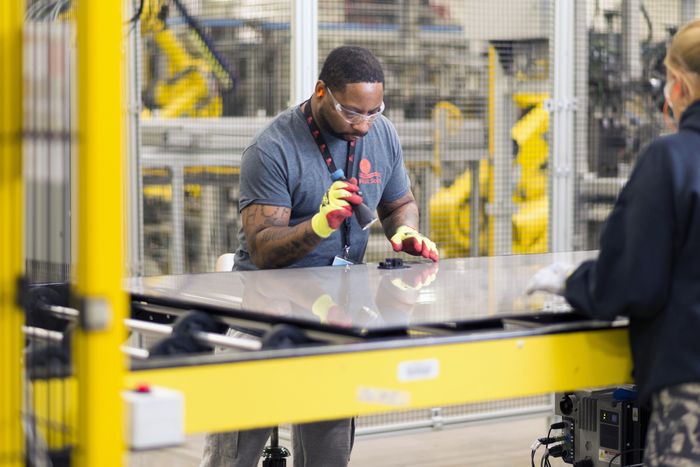 This significant agreement represents the latest milestone in the relationship between the two solar businesses, advancing the US energy transition while supporting US solar manufacturing growth. The growing strategic partnership began in 2015 when Silicon Ranch contracted First Solar to supply the modules for its Aerojet Rocketdyne Solar Farm in Arkansas, US, the state’s first utility scale solar project. The partnership has grown substantially across the US since then, with over 30 projects totalling more than 1 GW.

“Silicon Ranch’s business model of long-term asset ownership demands that we emphasise best-in-class strategic partners and requires us to consider the future in every action we take, from the modules we buy all the way through to how we manage the land we occupy,” said Reagan Farr, Co-Founder and CEO, Silicon Ranch. “Our customers care about the carbon impact of their procurement choices, and so do we at Silicon Ranch. We are already proving that we can sequester carbon on our sites through our Regenerative Energy ® model of land management, and this partnership with First Solar enables us to improve the carbon footprint of our module supply, while also supporting additional investment in US manufacturing capabilities. We have grown our business at Silicon Ranch through our faith in the power of collaborative partnerships, and we are thrilled to expand our relationships with First Solar as we accelerate our growth strategy across the country.”

First Solar is investing US$680 million in expanding US domestic PV solar manufacturing capacity by 3.3 GW/y by building its third US manufacturing facility in Lake Township, Ohio. The new facility is expected to be commissioned 1H23 and when fully operational will scale the company’s Northwest Ohio footprint to a total annual capacity of 6 GW, which is believed to make it the largest fully vertically integrated solar manufacturing complex outside of China. First Solar has invested over US$2 billion in its US manufacturing footprint and, when its third factory is fully operational, will directly employ over 2500 people in Ohio, while supporting an estimated 7000 indirect jobs through its US supply chain.

In addition to its Ohio manufacturing facilities, First Solar also operates factories in Vietnam and Malaysia, and is building a new 3.3 GW factory in India that is expected to be commissioned 2H23. With First Solar’s expansion in the US and India, and optimisation of its existing fleet, the company anticipates that its nameplate manufacturing capacity will double to 16 GW in 2024. First Solar is the only US-headquartered company among the world’s 10 largest solar manufacturers.